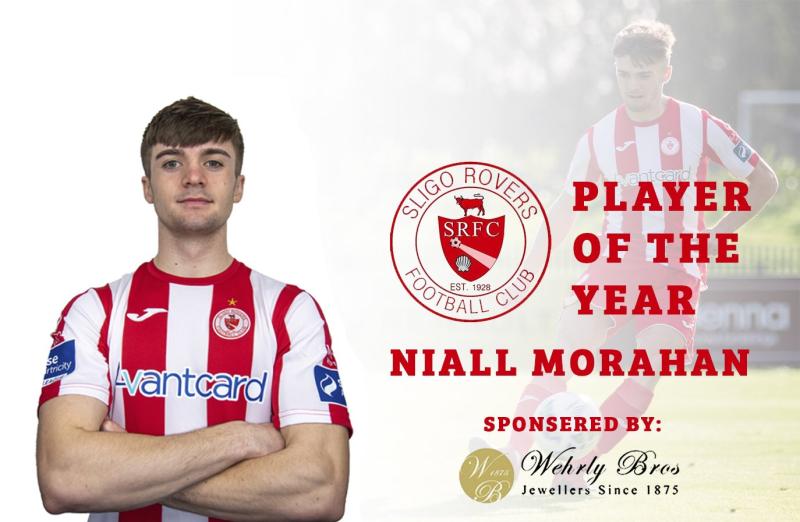 After establishing himself as a first choice player during an incredible 2020, there was more good news for Leitrim Village's Niall Morahan after he has been named voted Wehrly Bros Sligo Rovers Senior Player of the Year.

After a season that saw Sligo Rovers recover from a terrible start to the season to eventually qualify for Europe by finishing fourth in the SSE Airtricity League Premier Division, the former Carrick Town FC and Allen Gaels GAA club player has established himself as one of Rovers' top players.

|@MorahanNiall has been voted Wehrly Bros Sligo Rovers Senior Player of the Year.

The vote by supporters was won by the Leitrim man after a brilliant season.

The award, sponsored by Wehrly Brothers, Jewellers, is great recognition for the young footballer, nephew of Leitrim great and 1994 Connacht Championship winner Padraig Kenny, and bodes well for his future in the league.

Sligo Rovers also shared a lovely tweet to emphasis Niall's long association with the club, recalling when the now 20-year-old Niall received an award from Carrick Town back in 2012 at a Sligo Rovers' game in The Showgrounds.

We intend to make sure the future for young footballers in the west is bright ⚪️ #bitored pic.twitter.com/XzBNCIjaJI

Congratulations Niall on your Award.