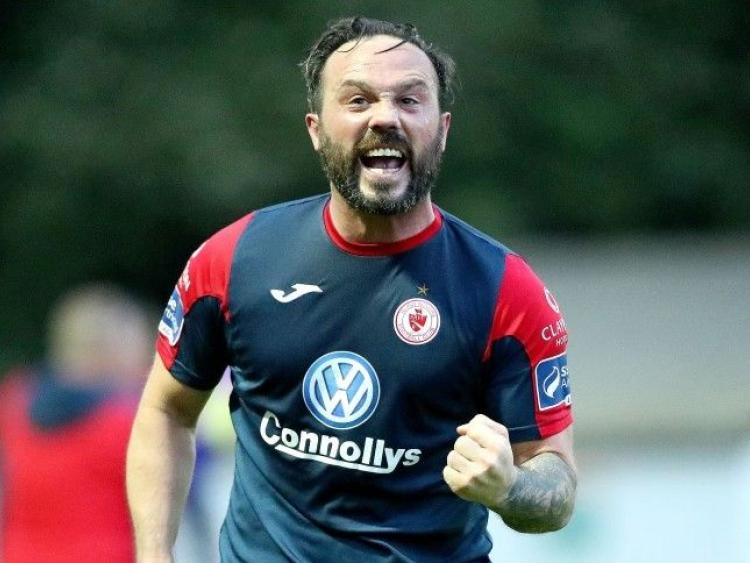 Ollie Horgan and Paul Hegarty are the “real deal” and the fact that Finn Harps have made such a good start to this year's SSE Aircricity Premier Division is not as big a surprise as some believe - that’s the verdict from former Sligo Rovers legend Raffaele Cretaro.

The “Tubbercurry Tornado” scored 86 goals in 531 appearances for the Bit o’ Red but having retired from Rovers, Finn Harps boss Ollie Horgan lured him back into action for the 2019 season and again in 2020 and kept the versatile and highly respected Cretaro playing in the top flight past his 39th birthday.

Many observers of the league from outside the north-west will have been stunned by Harps’ super start to the 2021 campaign, but not so Cretaro. Speaking on RTE Sport’s weekly soccer podcast this week, Cretaro had nothing but the highest praise for the Harps management, and how they have strengthened the squad.

Cretaro feels that Horgan and ‘Higsy’ have not got the credit that they deserve. Having been involved in the Harps set-up, Cretaro knows and appreciates the huge amount of time and commitment put in by the duo and is “not surprised” that Harps have started so positively, and puts this down largely to the fact that they kept the bulk of last season’s side, and have added to it.

He pointed out that one of the big challenges for Harps and Sligo Rovers is keeping players at the club as geographically they are at a disadvantage. Harps already had a good squad last year and Horgan and ‘Higsy’ wanted to build on it, and they have.

Cretaro knows only too well that Horgan will keep everyone well grounded even though they have got off to a flying start.

Last year Harps beat Sligo in their opener and then drew with Derry away in a game they should have won. But they then hit a bad patch - the season was also disrupted by Covid - and went on a long run without winning.

Cretaro stresses that Horgan will want to get as many points on the board as possible when things are going good.

He regards Horgan and Hegarty as the “real deal” and “what you see is what you get.” He continued: “Paul is an absolute gentleman. The two of them rub off each other, they are two great characters. They will drive you on. If you are not at it, you will be sitting on the bench beside them. You have to have their work ethic.”

Cretaro says the duo are two of the most hardworking managers he ever played under and he has huge respect for both of them.

Turning to this weekend’s derby between Sligo and Harps (Saturday, 6pm), Cretaro says it’s a “win-win” game for him. Sligo are his club, but he has so much time for Harps, too. He reckons this will be a big test for Harps and feels that Sligo have really improved.

He also believes that Romeo Parkes and Ryan De Vries “will run amok” once they get going this season.

One suspects that Cretaro wouldn’t argue with the game ending in a draw - and that is something that, one suspects, would be taken now by Horgan, Hegarty and Co as well.

Aside from Shamrock Rovers, Sligo Rovers were the last team to beat Finn Harps in the league! That was last September when Sligo were good value for their 3-1 win at the Showgrounds. In the only other league meeting last season (only 18 games were played) Harps beat Sligo 1-0 at Finn Park on the opening day.