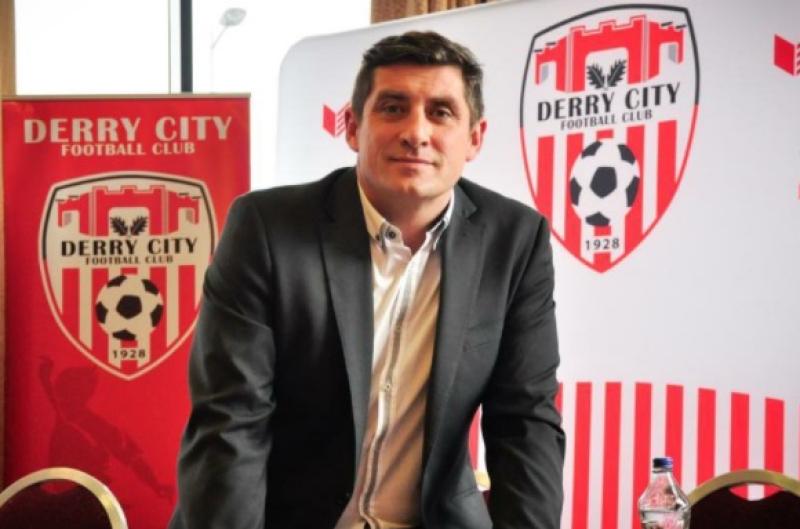 Sligo Rovers could face a backlash from Derry City on Saturday night in the SSE Airtricity Premier Division after the Candystripes parted company with manager Declan Devine "by mutal consent" on Thursday morning.

In a brief statement, club chairman Philip O'Doherty said "Derry City FC and Declan Devine have parted company by mutual consent. The Board wish to thank Declan for his service to the Club and wish him well for the future."

The move comes after Derry fought out a 1-1 draw with Dundalk last Tuesday evening, leaving them bottom of the Premier Division table with just two points from six games.

The news ends Devine’s second managerial spell at the Derry, the first after he succeeded Stephen Kenny in 2012 having served as his assistant at the Brandywell. Devine left the club in 2014 but returned in 2019, and led Derry to a fourth-placed finish and European qualification along with the EA Sports Cup final, which was lost on penalties to Dundalk.

However, their form in 2020 seriously dropped off as Derry won just five of their 18 games in the shortened season with Devine paying the price for failing to arrest that slide.

Speaking to local media after Tuesday's game, Devine expressed regret that he had not put in his trust in the younger players at the club last season: "I wish I had played the young players last year.... I wish I had. I can’t change that, last year’s gone. It was a bad pandemic year. The players that I had at the club last year didn’t do enough for the football club.

"I wish I had played the young players last year but the reality is I can’t do anything about that now."

Devine also felt that the run of games hadn't helped his team's cause: “That’s the third game in seven days and when you look at the opponents we had, they were tough games, Shamrock Rovers and Dundalk out of the three. You play Dundalk and Shamrock Rovers in the space of seven days with another game thrown in, then it’s going to be a tough week.

“I love coming into my work on a daily basis determined to make these young players better, and if we keep getting the fight and the spirit that we have then I have no doubt that it will go alright.”