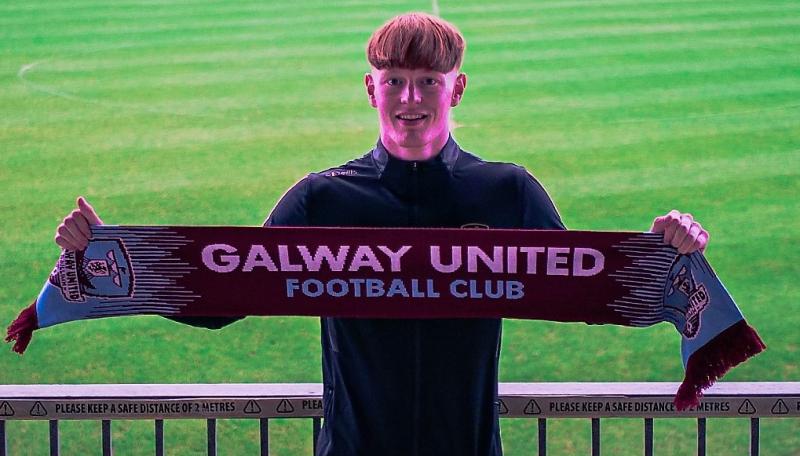 Leitrim's representation in the SSE Airtricity Leagues in 2022 has doubled with the news that Drumreilly's Evan O'Connor has signed with First Division side Galway United.

Twenty-one year old O'Connor, who formerly played with Longford Town, Athlone Town and Limerick District League side Regional United, signed with the Tribesman after impressing manager John Caulfield on a pre-season trial, meaning he will join Leitrim Village's Niall Morahan in the League of Ireland ranks for the coming season.

The former Drumreilly GAA club underage player is described as a "a modern ball playing centre back" and impressed Galway United with a strong outing in a comprehensive win over premier division side Finn Harps in a pre-season friendly. Galway United open their campaign on Friday, February 25, when they journey south to take on Cork City in Turner's Cross.

Speaking to Galway United's website, Evan said "It’s a big club to come to, I’m really enjoying it so far and I’m looking forward to a good season. The aim is to be a solid defender, to defend really well, and a good defender in this league will go far. This club deserves to be in the top division of Ireland"

In other soccer news, Manorhamilton Rangers have announced that club players Aine McLaughlin and Lauren Devaney have signed with Sligo Rovers for the coming season.