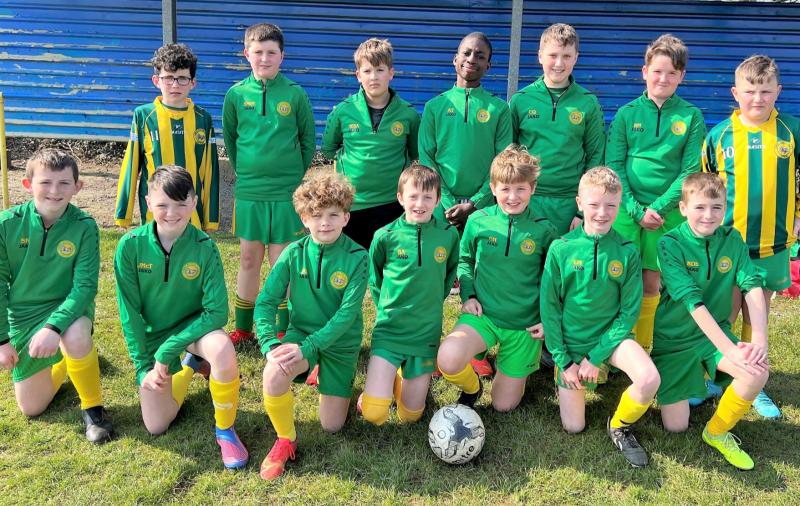 Well done to the Abbey Rovers U12 lads who had a fantastic 4-1 win in their Longford Schoolboys U12 Premier League semi final match against Melview's second string side.

The lads played very well and deservedly took the lead after about 10 minutes of the first half with Rian Murray powering home after Melview didn’t deal with a corner. As the first half ended, Melview equalised and the Abbey lads did well to lift themselves.

Troy Parrott happy to play any role for Republic of Ireland

Robbie Prior and Colton Quinn controlled things at the back and were aided by Rian Murray and Tom McManus who helped keep Melview at bay, the lads dealt with everything thrown at them and worked like lions.

Abbey Rovers had a great outlet up front with the lively pairing of Brian Aherne and Kamil Fiedor who put serious pressure on the opposition defence and we’re full of running.

As the second half started, Abbey Rovers were under pressure but our midfield of Shane Kiernan, Luke Maguire, Gavin Hewson and Jacob McTague lifted the game and started to force Melview back.

Gavin went on a trademark powerful run which resulted in a great goal to give Rovers the lead in the second half. The Leitrim team's forwards were full of running and were now well supported by midfield with Luke Maguire doing a fantastic man marking job and pushing forward when needed.

Brian Aherne added a fantastic goal to give Abbey Rovers some breathing space making it 3-1 and they continued to push forward with the excellent Conal Walpole scoring a fine goal which was unfortunately disallowed for offside.

As the second half moved on Jacob McTague hit the crossbar with a free kick before heading in a great goal from a corner at the near post. Abbey continued to push forward in the final moments with Séan McNulty beating the offside trap and just shooting wide while Ayloouwa made some powerful runs from midfield and Tom McManus just shooting over.

Keeper Sebastian was in fine form and dealt with everything that came at him and was always on hand to get the ball out quickly to the forwards.

Next up it’s Mostrim, who topped the table with just one loss all season, in the final and Abbey will be looking for revenge after suffering a 4-2 defeat earlier in the season.

Best wishes to Michael Macklin who missed the game through injury and Nathan and Charlie who were not available. Hopefully, all will be back for the final.