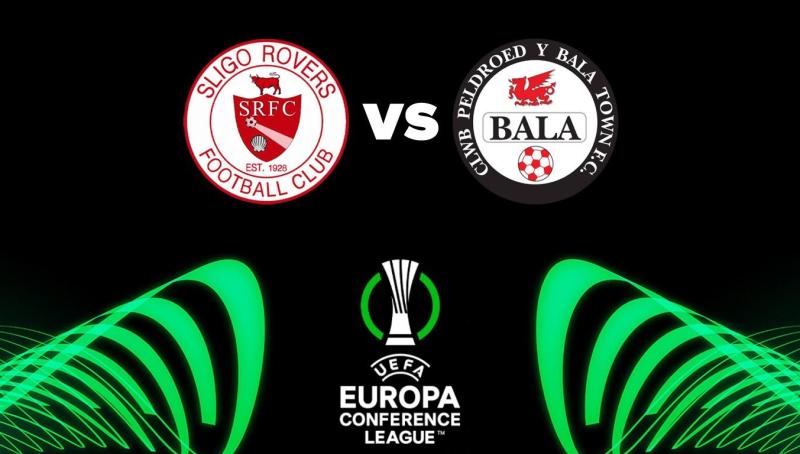 Sligo Rovers will face Welsh opposition in the first qualifying round of this year's Europa Conference League after the draw was made on Tuesday afternoon in Nyon.

The Bit O'Red will travel to north Wales to take on the Cymru Premier side on July 7, with the home game scheduled for July 14.  Sligo Rovers have urged their supporters not to book tickets until dates are confirmed as they can be amended by UEFA.

Bala Town are based out of their ground at Maes Tegid which features an artificial 3G pitch but play their European games at Rhyl's Belle Vue Stadium which has a capacity of 3,000 fans with 1,720 seat. Rhyl is situated just over 54 miles from Holyhead and is served by train from the port for any fans planning their trip across the Irish sea.

In other European news, Shamrock Rovers will face Hibernians FC of Malta with the first leg at home in Tallaght Stadium on 5 or 6 July, with the return leg on 12 or 13 July while Derry City, also in the Europa Conference League, will take on Riga FC at the Brandywell before the return leg in Latvia.

We have been drawn to face Bala Town in the Europa Conference League 1st Qualifying Round.

We urge fans not to book until dates are confirmed as they can be amended by UEFA later#bitored pic.twitter.com/hgWyuQ5AaK