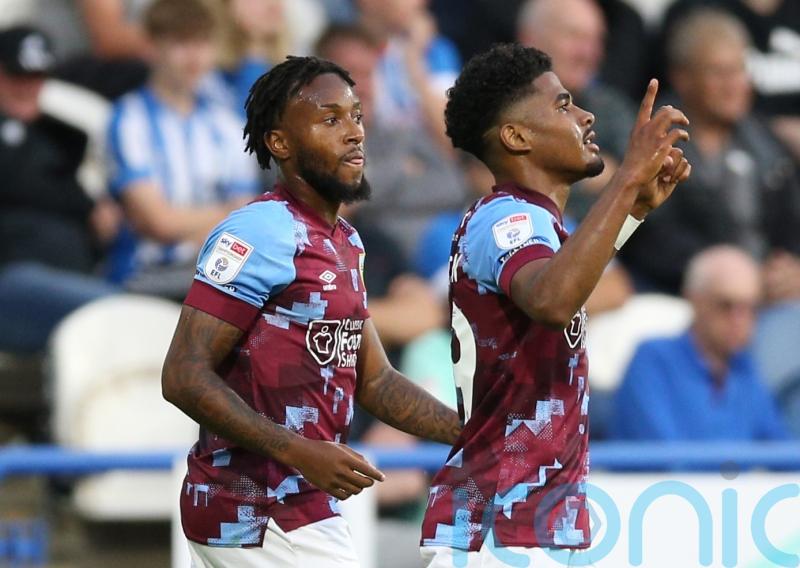 Vincent Kompany’s reign as Burnley boss got off to a winning start with a 1-0 victory at Huddersfield in the opening match of the new Sky Bet Championship season.

Limerick teenager Dara Costelloe went close on a number of occasions while Josh Cullen also created a number of chances for a side looking to bounce straight back up to the Premier League.

On-loan Chelsea winger Ian Maatsen marked his Clarets debut with the only goal of the game as Burnley secured three points on their return to the second tier following six seasons of top-flight football.

Huddersfield were a pale shadow of the team that reached the play-off final last term, mustering just one shot all evening and the Terriers have now lost their opening home game for five successive seasons.

Both sides showed six changes to the starting XIs that concluded their 2021/22 campaigns but it was the visitors who looked more comfortable with their new-look line-up.

Kompany’s men dominated the first half and had a great chance to take the lead through Ashley Barnes.

Barnes was lucky not to be flagged offside racing on to a Josh Cullen through ball, but the 32-year-old striker could not capitalise fully on his fortune when he miskicked wide with only keeper Lee Nicholls to beat under pressure from Tom Lees.

Moments later, Cullen fed Maatsen down the left before testing Nicholls from the edge of the box after receiving a return ball.

Barnes, continuing to play on the last shoulder, called Nicholls into action again with an angled drive before the Clarets forged into a deserved 18th-minute lead.

A raid down the left by Maatsen ended in a left-wing cross that Barnes stepped over. Josh Brownhill and Barnes both then beat home defenders to the ball in the box before it fell invitingly into the path of 20-year-old Maatsen, who curled inside Nicholls’ left-hand upright from 15 yards.

The Terriers’ keeper denied Burnley a second goal two minutes later when he charged out to smother a Connor Roberts effort after another perfectly-weighted Cullen through ball.

Burnley’s teenage debutant Dara Costelloe went on to have a hat-trick of opportunities to extend the visitors’ advantage before the break.

First, the Limerick-born 19-year-old was inches away from getting a decisive touch on Brownhill’s mishit volley.

Next, he sidefooted wastefully wide after being picked out unmarked in the box by Maatsen and, finally, he failed to unduly extend Nicholls from 12 yards out.

Huddersfield made a more passionate and purposeful start to the second period but still struggled to breach a well-organised Burnley back-line and, at the other end, Brownhill had the half’s first effort, firing well off target after 69 minutes.

Five minutes later, the hosts mustered their only goal attempt of the night when Danny Ward swivelled and fired over from 15 yards after Roberts swung his leg and made no contact from an attempted clearance.

The Clarets responded with a far-post Taylor Harwood-Bellis header that was held by Nicholls and a 20-yard Maatsen drive that fizzed just over.

Summer signing Scott Twine also hit the post with a 20-yard free-kick late on after being summoned from the bench and Maatsen again tested Nicholls from distance as Burnley made it eight meetings without a league defeat against Huddersfield.