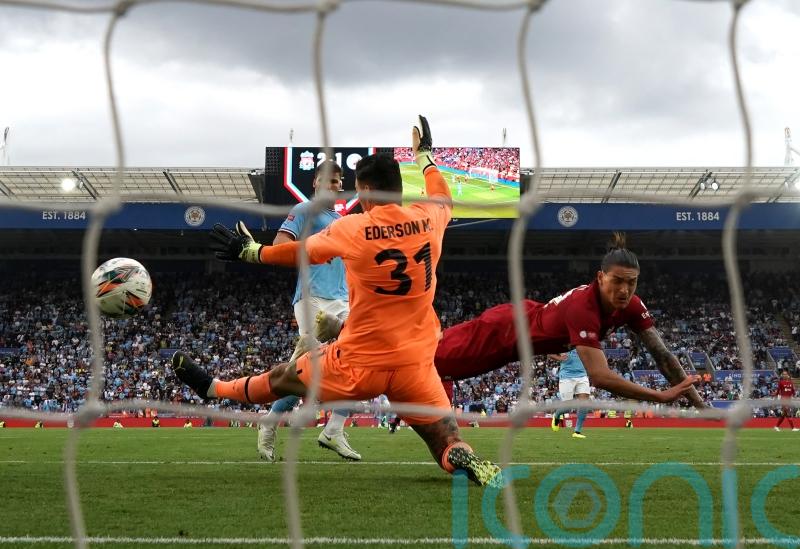 Liverpool new boy Darwin Nunez struck first blood in the battle of the summer super-signings with an encouraging 30-minute cameo which was capped with the final goal in a 3-1 win over Manchester City in the Community Shield.

City, last season’s Premier League champions, and Liverpool, the FA and Carabao Cup winners, both paraded their big-money acquisitions at Leicester’s King Power Stadium in Leicester but it was the Uruguay international who upstaged City’s Erling Haaland.

Nunez came off the bench in the 59th minute with the score at 1-1 and his aerial presence won the late penalty from which Mohamed Salah put Liverpool in front for a second time.

But the former Benfica striker, having earlier been denied a goal by City goalkeeper Ederson, was not finished there and stooped to head home his first for the Reds in domestic competition in added time.

One new City signing did make his mark – the £14m former River Plate forward Julian Alvarez climbing off the bench to cancel out Trent Alexander-Arnold’s opener – but the focus was really on the big men up top.