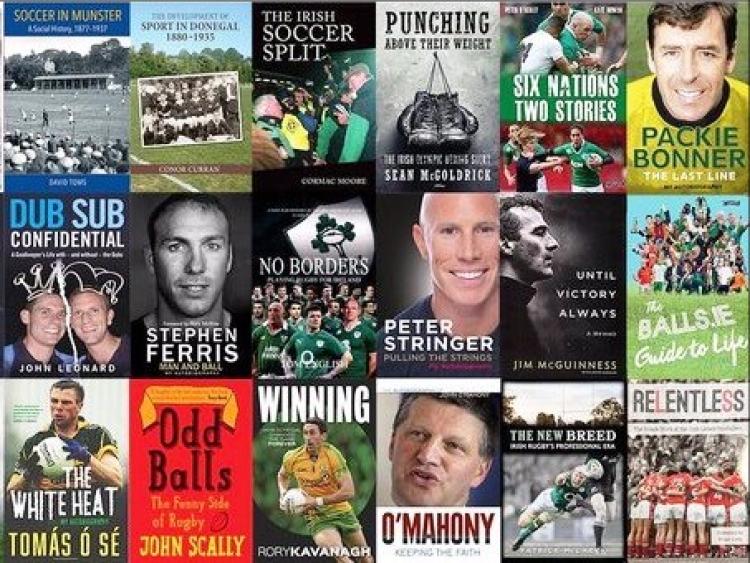 eir Sport today announced details of the longlist of entries for what is the second year of the eir Sport Sports Book of the year.

Twenty books in total are in the running to follow in the footsteps of last year’s inaugural winner Dub Sub Confidential by former Dublin footballer John Leonard.

The judging panel, which will again be independently chaired by Mark Duncan, is made up of sports editors and producers from the national media.

Brian Quinn, Operations Director of eir Sport commented, “When we decided to begin a new award scheme to recognise the best in Irish sports writing in the middle of last year, we could not have foreseen just how successful year one would have been.  The standard of entries was remarkably high and in Dub Sub Confidential we had a book that was a compelling read for any sports fan due to its honesty, wit and excellence.

“This year’s longlist is again full of quality writing and I am certain that the judging panel will arrive at a book that will be a worthy winner of the accolade of eir Sport Sports Book of the Year.

“I would like to thank our partners at Publishing Ireland and the publishing houses throughout the country without whom this scheme could not be a success.

“I’d also like to thank Mark and the judging panel. They have a tough task ahead of them this year!”

The winning author of the eir Sport Sports Book of the Year will receive a €1,500 cash prize, a specially commissioned trophy and €10,000 worth of TV advertising on eir Sport.

The final shortlist will be announced on Monday November 28, with an awards event taking place in Dublin in early December where this year’s winner will be revealed.

The full longlist is:

My Life In Rugby by Donal Lenihan (Penguin Random House)

Front Up, Rise Up by Gerry Thornley (Penguin Random House)

Everything to Play For: 99 Poems about Sport by John McAuliffe (Poetry Ireland)

What do you think of that? by Kieran Donaghy (Trinity Mirror)

Retired: What happens to footballers when the game's up? by