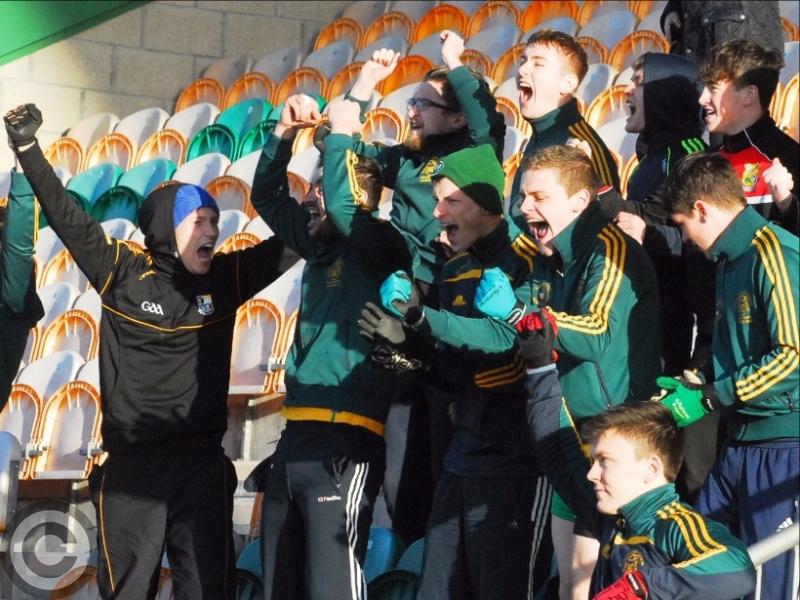 A Peter Reynolds goal in the first half proved to be the crucial score as the Leitrim champions held off a fierce fightback from the Sligo men to book their place in the Provincial Final against Westport, a game that will be held in Pairc Sean Mac Diarmada on Sunday, November 20.

Ballinamore Sean O'Heslin's are just the second Leitrim club to reach the Provincial Intermediate decider following on Carrigallen in 2006 who lost to Tourmakeady of Mayo.

Ballinamore started well and when Reynolds found the net five minutes from the halftime break, they led by seven points but St. Molaise replied with three points from the outstanding Alan McLoughlin to leave them trailing 1-7 to 0-6 at the interval.

The second half was tit for tat but a brilliant Ballinamore spell that saw them score three points in two minutes from Wayne McKeon, Keelan McHugh and Mark McGrory meant they led by five points but St. Molaise Gaels fought back and despite some bad wides, they closed the gap to a point in added time.

But they were unable to breech Ballinamore's last line of resistance and Ballinamore ensured the victory with a point from sub James McWeeney nearly three minutes into added time and a place in the Connacht Final.