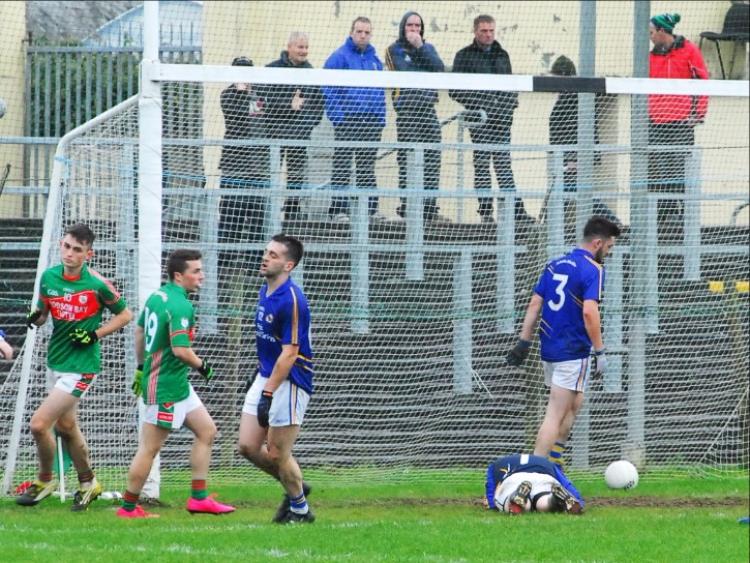 An outclassed Aughawillan were left chasing shadows on Sunday in Pairc Sean Mac Diarmada as St. Brigid’s booked their place in the AIB Connacht Senior Club Championship Final with some ease.

The Roscommon men stamped their class on proceedings early and in deadly fashion as they fired over three points inside the first three minutes before adding a goal three minutes later, punishing some poor wides in between from Aughawillan.

A shell shocked Leitrim champions never got going as St. Brigid’s were obviously intent on stopping Aughawillan from getting their customary fast start.

Aughawillan trailed by four points after ten minutes and six some seven minutes before the halftime break but the sheer volume and variety of St. Brigid’s scoring power saw them ship six unanswered points to put the game well beyond reach.

The halftime score of 1-13 to 0-4 meant the game was all but over and St. Brigid’s lowered their intensity in the second half, doing just enough to keep Aughawillan at bay.

Sub Stephen Gilheany briefly raised Aughawillan’s cheers with a classy finish for a goal midway through the second half, a score that cut the gap to ten points but St. Brigid’s replied with an unanswered 1-2 before the final whistle.

St. Brigid’s will be back in Carrick-on-Shannon again on Sunday week, November 27, when they meet Corofin in the Connacht Final after the Galway men.