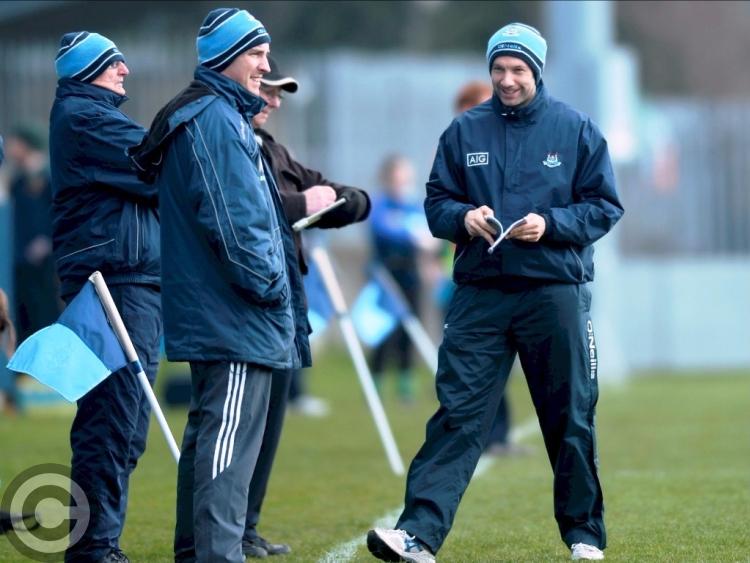 Planning for the future is something that is very much on the mind of newly appointed Leitrim GAA Games Promotion Officer James Glancy as the Leitrim Games & Coaching Development committee launch a series of workshops aimed at upskilling coaches.

Former Dublin All-Star Paddy Christie will deliver a workshop entitled “Deliberate Play : Deliberate Practice” on Saturday, December 3, in the Leitrim GAA Centre of Excellence in what is the first of a planned series of workshops over the next 12 months.

Most club players are enjoying a well earned rest until the start of the New Year while County footballers are already beginning the grind of pre-season training that will hopefully carry them to glory next Spring and Summer.

In Leitrim, it is no different as some clubs are planning managerial appointments, seeking to improve on what went before but what has often been lacking has an absence of long term strategic planning.

In Kerry, strategic planning is at the centre of the development of a new Centre of Excellence for their county teams and if anyone wants to see what a commitment to excellence looks like, just read last Saturday’s Irish Examiner for a run-down on what the Kingdom are up to.

Due to open new May, Kerry's facility boasts six sand-based pitches on a 48-acre site and specified drills area spread around the 3,100 sq metre centrepiece over two floors.

There are ten dressing rooms catering for 30 and 40 player groups, medical rooms, physio rooms, office areas, coffee shops and referees room. An elevator to the first floor opens out onto an expansive vista across the development and houses the players lounge, senior and under-age eating areas, video analysis room and kitchen.

A downstairs gym is almost 600 sq metres in size and from end to end could be employed as a 35m running track.

A simple but eminently sensible addition is a player’s lounge - not the players lounge that you imagine Premier League stars enjoying after a match but rather a place where players could go after work but before training, relax, have a coffee or have medical checks.

Kerry's planning doesn’t stop there as all player medical records will be housed under one roof, from Development Squads up, so that Kerry’s medical team specialists can track a player's history and improve pre-habbing.

If that is the sort of planning that Kerry are undertaking, a Kerry team out in front at the roll of honour by some distance and winner of the last three All-Ireland Minor titles, then every other county better start doing everything they can to just keep pace with the Kingdom.

What Kerry have perfected and what Dublin have done recently is develop a culture of continuing improvement and continuing excellence where the execution of skills under pressure is the key ingredient that separates the best teams from the rest.

If the recent Connacht Club games have revealed anything to the discerning watcher, it is that skills deteriorate when pressure is applied so perfecting those skills so that they become second nature is nota pipe dream, it is absolutely essential to success.

Developing the game's basic skills at a young age is vital but the improvement of those skills can be neglected about when the emphasis switches in older age groups to the game's physical requirements but the maintenance of skills must carry on throughout a footballer’s career.

Paddy Christie will deliver the first workshop on Saturday, December 3, and if there is anyone with an inside track on developing young players, the former Dublin captain certainly does, having developed a Ballymun Kickhams team from U12 up that has produced players like Philly McMahon, John Small & Dean Rock.

Christie’s workshop is the first of many each workshop will have a specific theme, which will be open to coaches from all grades and the emphasis will be on picking up the little hints and insights that might make all the difference to whatever team you are coaching.

Top quality coaches from all over Ireland will deliver the workshops and it is hoped that Leitrim club coaches will look for insights from Christie on the revolution in club & county football in Dublin over the last ten years.

Of course, many will point to resources enjoyed by the Dubs and even Kerry but what is often overlooked is the army of volunteers in every club and the financial input of those clubs in employing Games Promotion Officers as they fund 50% of the cost.

Castleknock, a team with strong Leitrim & Roscommon links, is a perfect example of what can be achieved with a committed and dedicated team with coaches putting in a lot of work on the ground.

Numbers do make a difference and Castleknock, just 19 years in existence but with nearly 2,000 members, have come from being overshadowed by neighbours St. Brigid's and Oliver Plunketts Eoghan Rua to contesting the Dublin Final and producing a player like Ciaran Kilkenny.

Strangely, the emergence of Castleknock has energised St. Brigid's who won an All-Ireland Féile double in 2012 which reinforces the belief that tougher competition improves standards likes nothing else.

What the course offers can be seen from the accompanying picture (see above) but it is primarily aimed at coaches of youth and child teams (U8 to minor) but coaches of teams at all ages are more than weclome as the learning never ends.

The course, in the Leitrim GAA Centre of Excellence, will last between 90 minutes and two hours with a fee of €5 which is payable on the morning of the course.

Christie's talk will include a short powerpoint presentation and field based presentations during which coaches will gain experience through practical coaching skills, drills & conditioned games in a hands-on experience.

l Booking for the Workshop is now closed with a huge demand for places. However, if you wish information about future courses, contact James Glancy on 0864082561 or james.glancy. gda.leitrim@gaa.ie for more information.