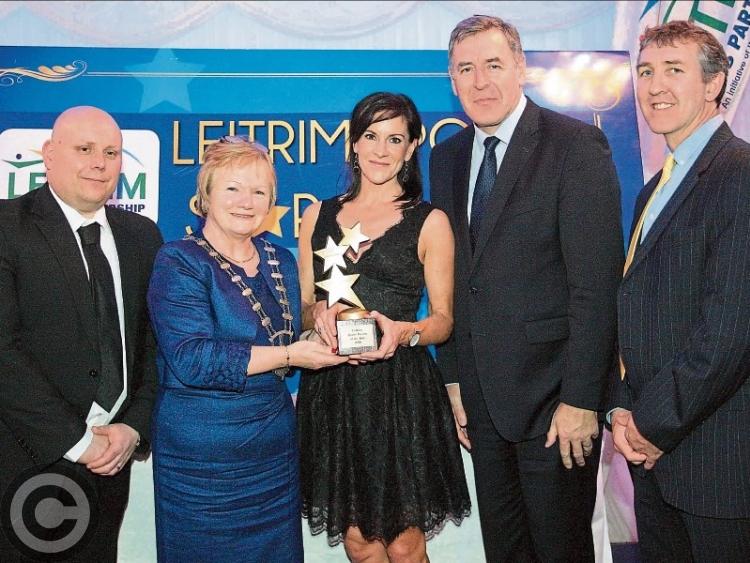 Welcome to part three of our Sports Review of the Year where we look back on 2016 with Olympian Breege Connolly, Ocean FM’s P.J. Leddy and our own Willie Donnellan.

Keep an eye out on our website for more reflections on 2016 from Leitrim captain Gary Reynolds and the Observer’s John Connolly.

This one is certainly personal and it was a moment that lasted for a whole summer that being the run up to and completion of the Olympic Marathon. As well as the actual day, a real highlight for me was reality that you come from one of the best communities in the country. Feeling that embarking on Rio was very special.

Rob Heffernan - he has walked the walk and this year was awarded with the Olympic medal he was due four years ago.

The team that travelled to the European  Athletics Champs in Amsterdam. Ciara Mageean coming home with a medal was a fantastic achievement. Tom Barr’s performance in Rio was also immense considering the run up to the games he had had.

The fall out Of athletes who have retrospectively failed drugs tests in  the run up to and during the 2012 games. It is such a disappointing thing for the sport as well as the fact that so many athletes  were robbed of that very special moment on the podium, not to mention  financially.

Best Occasion of the Year

I have to leave athletics for this one as I cannot look past Ireland v Germany Euro 2016 and Robbie Brady - if ever a goal lifted a country ….

The World Athletics Championships take place in London in August of this year and again Ireland will aim to send a full team so it should be very exciting. There is so much talent on the team it will be a fantastic chance for everyone to get a chance to compete  at that level and get exposure to the championship experience while representing their country.

From a marathon point of view, the standards have been set  and the hope is to send a male and female team again. There are already two ladies with the qualification times so it is all to play for between now and April 30.

This once I’ll go for two runners - Ciara Mageean and Mary Cullen. Both athletes have yet to reach their potential and are two of the country’s best. Fingers crossed for them both.

I’d give it to Aughawillan in the County Final. They won it by a point, a never say die effort from these Aughawillan lads, they are unreal, they nearly proved it again in the League Final - there is no give up in Aughawillan, they just don’t believe in giving up.

Getting beaten by Roscommon - that would hurt more than losing to Sligo in the Qualifiers. It wasn’t a good performance but were we expecting any better? My own club Leitrim Gaels losing the semi-final to Drumkeerin, the last kick of the replay sending it to extra-time.

I’d  give that to Pakie McGarty, I know he is not playing football now but the interview he did with the Observer in January was a real highlight. The memory that man has, he reeled off names of teams from the 50s that was simply unbelievable,  I couldn’t get over it. Out from that, he is a pure gentleman and the warm welcome we got in the house.

Melvin Gaels winning the Minor title for the first time ever, you’d have to give it to them and a powerful game of football, no dirt and it would leave you thinking positively about football.

The launch of the Mohill GAA History was pretty good and a great book, it showed a community coming together with great pride definitely. A very welcoming and warm event.

I’d like to see us getting out of Division 4, that’s the one thing. And you’d be hoping that we beat London and give Roscommon a bit of a run, beat them if we could. Hard to see us beating them but we don’t know what’s coming up with these young footballers coming through.

I’d go with Darragh Rooney, that fella has fierce potential if he can keep it up. I better mention Muireann Devaney too, a class outfit altogether for her age, she would put a lot of them to shame, she would walk onto a Senior team. I was very impressed by Alan Armstrong in the League Final and wonder is he getting a call up to the County team.

Moment of the Year

When Kinlough's Breege Connolly competed in the Women's Marathon in Rio de Janeiro, it was undoubtedly the most important event of the year for Leitrim's sporting fraternity. Prior to the race, Breege was ranked 156th but she finished 76th, 80 places better than her ranking.

Ballinamore's Aoibheann Boyle, who won the World Drug Free Powerlifting Federation World Championships Junior title in Italy during November and set a new world record in the squat part of the competition with a 140 kg lift, is my Leitrim Sportsperson of the year. Aoibheann future seems bright in her chosen sport.

The Melvin Gaels side that claimed the club's first ever Leitrim Minor A football championship title following a replay on Saturday, October 22 was the team of the year. But the Leitrim Ladies U14 All-Ireland C football champions, along with the Glencar/Manor Ladies U14 Féile winners and the Manorhamilton National Community Games Ladies victors were close contenders.

Best Occasion/Event/ Match of the Year

The Leitrim senior football team's best performance of the year saw them record a one point win over an undefeated Louth side that later went on to gain promotion to Division 3.

The sporting occasion of most disappointment for Leitrim fans was the county side's poor show against Roscommon in Páirc Seán last May in the Connacht senior championship quarter-final, which the Rossies won by 13 points. To make a bad story worse, Leitrim finished the game with 12 men.

I am looking forward to seeing Leitrim getting into the hunt for promotion from Division 4. If promotion comes, that will be great while to finish in third place could also be a satisfactory achievement. After that, hopefully Leitrim will be contenders for a Connacht Final place.

I expect Melvin Gaels to be strong contenders to win the Fenagh Cup in 2017 particularly if Emlyn Mulligan returns to the fold. Beyond that, with their young minor team coming through to senior level, Melvin Gaels will be the side to beat for next five years, at least.