Room for improvement but plenty of positives for new Leitrim manager 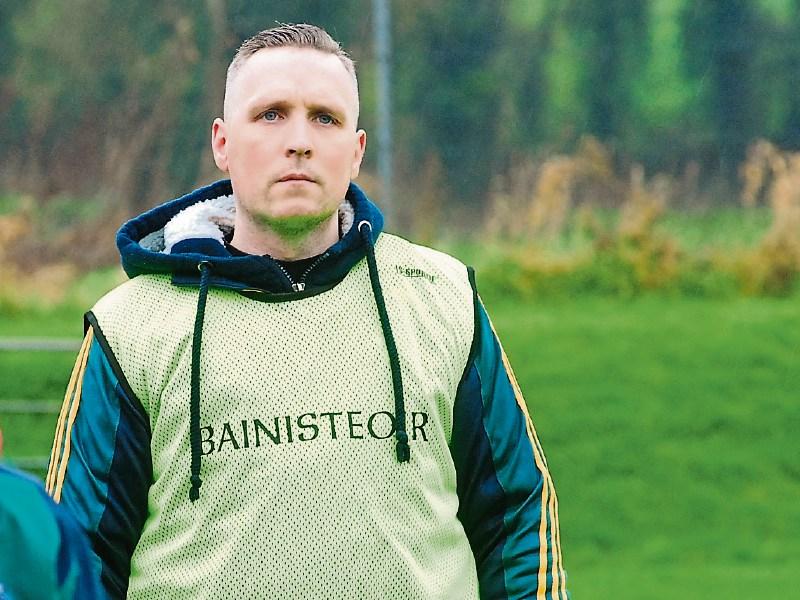 Having overseen the Leitrim Ladies for the first time since his recent appointment as team manager, Philip Brady was pleased with the result against Limerick and is confident his team will improve further in the months ahead.

“We’ve had three and a half or four training sessions under our belt. The girls are putting in a good effort. Out there today we were slow starting but it worked very well in the end,” was the Mullahoran man's verdict after Sunday's 12 point win over Limerick.

While the final score may suggest a relatively straight forward afternoon for Leitrim, Limerick caused plenty of problems for Leitrim, particularly during the opening 20 minutes.

Reflecting on the contest, Philip noted “It was an excellent win considering we only had a few training sessions and there were different girls missing for different reasons. We started off very slowly but when we got to grips with what we wanted to do the girls came into full flow and finished very strongly.”

Key to Leitrim's success was the contribution of Dearbhaile Beirne whose five goal contribution was decisive. After the game the new manager was quick to pay tribute to Dearbhaile but stressed the importance of the scoring being shared by all.

“You can see why she is on the Ireland soccer team, she’s very good. In years gone by, Aine Tighe had to bear the brunt of the scoring and I know Dearbhaile did it today but going forward, it’s not great for the team that just Dearbhaile scored.

An unusual feature of the game was the manner in which Leitrim took full advantage of the unlimited substitution rule in operation in the National League. Having returned to training relatively late, affording as much game time to as many as possible appeared to make up for some rustiness.

“I didn’t know that we could have unlimited substitutions before the game. Our fitness levels weren’t great so it was great to be able to throw on fresh legs all the time.

“It worked well for us today, I don’t know if I would do that every game, it might mess up the team but today it worked very well.”

Registration a win on day one and having a look at many of his players in action, Philip nevertheless had a message for his players when he stressed everybody who performs in training and matches will be considered for selection.

“I’m new to the game and I told them all at the start if they play well they will get a chance and that is the way it is. It doesn’t matter who you are or where you are from with me, I don’t know any of the girls only from what they have done at training so if they put in the effort and they are doing well they'll keep their place and that’s the way it’s going to work for the rest of the year.”

Starting the league campaign with a win, the new Leitrim manager's stated the aspiration is to reach the semi-final but acknowledged that goal could be revised in the weeks to come.

“At the start, our aspiration is the semi-finals, especially with the late start we got. If we get there two months down the line and our fitness levels are up, there will definitely be no excuses. Whoever beats us will be a better team. The semi-final is the aim at the minute but as we go on a few weeks who knows, we might be wanting to win it then.”

Next up for Leitrim is a trip to Down next Sunday in Ballykinlar as Philip commented “Some years they have their best players other years they don’t. We’ll have to worry about our own game, that’s what we did today. We got our own tactics right and when the girls got into full flow they did very well and that’s the way we’ll be approaching it next week as well.”