Wicklow test to set the tone for challenging Division 4 campaign 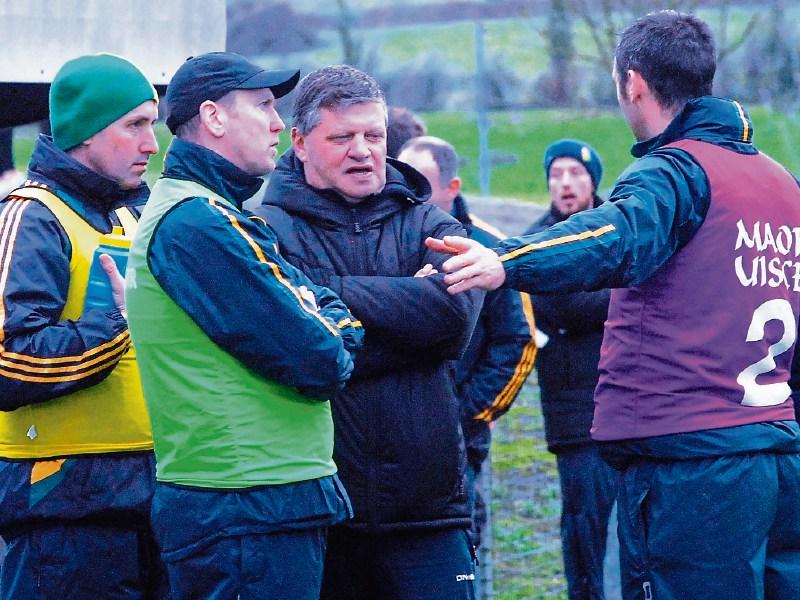 After the phony war, comes the real thing so after the FBD League, Leitrim get down to serious business when they travel to Aughrim next Sunday to take on Wicklow in the opening round of the 2017 Allianz League Division 4.

The start of another League campaign always bring hope and expectations but it will be a cautious Leitrim who take to the field in Joule Park in Aughrim next Sunday (2pm throw-in) to take on a Wicklow side who have been a bogey side in recent years.

Two years ago, Leitrim let slip a nine point first half lead in Aughrim to lose by one while Pairc Sean Mac Diarmada witnessed a bizarre encounter last February when a wind-aided Wicklow ran riot in the first half before holding on comfortably in the second half, a very late injury time goal putting a huge gloss on the scoreline.

Leitrim lost three games by a point so, on that basis, the Green & Gold may secretly harbour hopes of a promotion tilt this year if they can get a few crucial results to go their way.

Speaking at the Leitrim Supporters Club launch in Croke Park, manager Brendan Guckian is firmly setting his sights on promotion but is also realistic enough to know that an influx of young new players will take a lot of time to bed in.

“We have 12 new faces on our panel,” Brendan told the crowd, “and we have eight U21 players as well, they are the future and they are going to have a bright future but we need to have a conveyor belt of youth coming through in the future.

“My expectation is that everyone involved with the Leitrim panel is as good as any other footballer in any county and I know they will wear the Leitrim jersey with respect, with honesty and with commitment.”

The team may be young but Guckian nevertheless is demanding a level of performance - “I also expect performance and our performance against Galway in the FBD League wasn’t good enough, it wasn’t acceptable and we won’t shy away from that.

“The National League has been a target and we are hoping that we will come out of Wicklow with a result but after the League, London in the championship will be our one and only focus. I will work hard, be honest and respectful and the players are putting in a massive effort.”

Wicklow themselves are under a bit of a cloud with a lot of turnover of players again this year but they will fancy themselves against Leitrim, especially at home in Fortress Aughrim - a place that really lives up to the nickname.

The form of both teams has been patchy so far but matches between these two teams have been incredibly close in recent years, generally only a point in it and Leitrim fans will be hoping to be on the right side of that next Sunday.