Wexford loss will drive Leitrim on for tough Westmeath clash 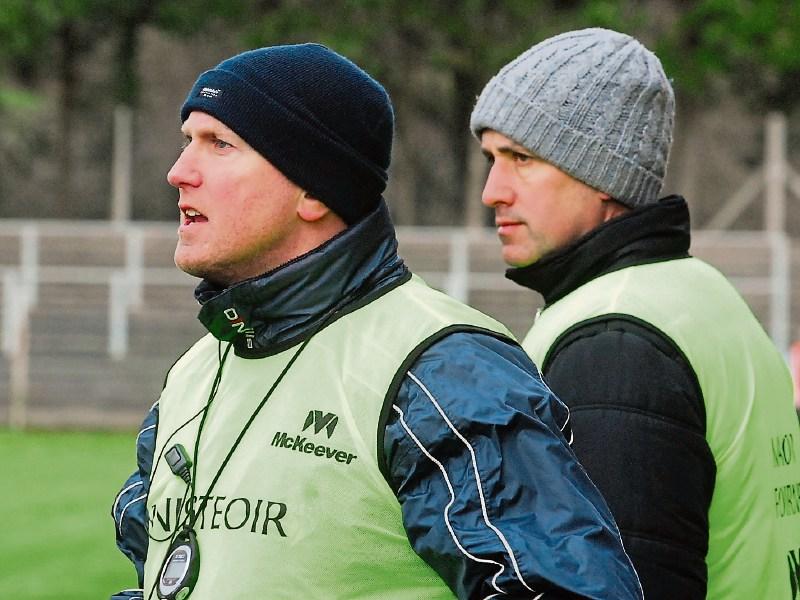 Brendan Guckian may be preaching the lessons of concentrating on the next game but there is no doubt that Leitrim's loss to Wexford in the last round of the League will drive the Green & Gold on next Sunday when they visit TEG Cusack Park to take on Westmeath.

Sunday's third round of the League is a crucial game for both teams with promotion favourites Westmeath looking to keep pace with Wexford and Waterford while Leitrim will be looking for a win to reignite the Allianz League Division 4 campaign.

The return of Paddy Maguire is a boost to Leitrim but manager Brendan Guckian is hoping his side learn the lessons of the defeat to Wexford - “Wexford is in the past but the disappointment of Wexford is still there. We felt we should have got something out of it but that doesn’t always happen.

“So from that evening on, our focus turned to Westmeath and it has been for the last few days and it will be for the coming week.”

And Brendan is hoping that the two week break between games will allow Leitrim to rectify some of the problems from the Wexford game - “We’d be looking at getting a good start and getting a good run at them.

“The break was valuable for us as management and the lads, they worked extremely hard the last ten days and I would hope they are in good shape, both mentally and physically, for this Sunday.

“Westmeath had a massive win against Limerick the last day, they beat them by nine points against a strong physical Limerick team but our focus always has been on ourselves, where we can improve, what we can do better and that won’t be any different next Sunday.

“We obviously have to pay attention to Westmeath and their line-up but we will be focusing on what we’ve been working on in training and trying to improve on the likes of the Wexford game where we lost our shape in the last 12 or 13 minutes, so that is something that we have looked at.

“We’ve got things to work on but having said, I would be in a positive frame of mind going into next Sunday.”

Paddy Maguire's return is a major boost but there is also the question of players returning from injury with vice-captain Wayne McKeon, Niall Woods and Noel Plunkett in a race to be fit for the visit to Mullingar.

“The three of them have worked extremely hard with their rehab and are making progress,” revealed Brendan, “It is probably a bit early to say at this stage if any of them will feature on Sunday but definitely they are working extremely hard to be part of it.”

The one thing evident in recent weeks has been an increased optimism among Leitrim supporters and Brendan welcomes the growing support, urging fans to make the journey up the N4 to Mullingar - “Leitrim supporters have always been great in the past and I suppose we made it difficult for them over the number of years for different reasons.

“I do think people will recognise workrate and honesty and the current panel are giving that at the moment and I would hope it makes it easier for Leitrim supporters to come out and watch the way the lads are playing.

“Because there is no doubt about it that it gave us a great lift to go out on the pitch against Wexford and to see so many Leitrim supporters in the stands and around the ground and without a doubt, that does give people a lift.

“Players will feed off that and will push themselves that extra bit. It is great to see that support back. Obviously there is travel involved next Sunday but I would hope to see Leitrim supporters out in force in Cusack Park on Sunday.”

On a different topic, Brendan reiterates the mantra of concentrating on what he can control when he is asked about the various proposals being put forward to next weekend’s GAA Congress on changes to the All-Ireland Football Championship structure - “At the moment, we’re in the building process so it is very difficult to say what would benefit Leitrim football.

“I’m not going to get sidetracked on that, I want to focus on the current panel, how we can improve, how we can get better against the likes of Mayo and Galway, that is our target going forward. Whatever Congress decides, I’m not going to have any influence over that but my focus is obviously on our own panel of players and our current set-up.”

But when it comes to next Sunday in Mullingar, Brendan is concentrating on a performance first and foremost - “I’ve always said about a performance and for a certain amount of the game against Wexford, we did perform and performed well.

“I think the lads were very honest in their approach, they worked extremely hard but we didn’t see out the game and that was very disappointing from everybody’s perspective.

“But if we improve on the few things we have targeted this week and obviously we have to up our performance again from the Wexford game because I would see Westmeath at a higher level again so it is how we perform again on Sunday and that to me is the most important thing,” concluded Brendan.

Westmeath will obviously start as hot favourites but there is evidence there that they can be caught - a late draw at home in Cusack Park against Carlow in the opening League game was a major blow in a Division where Limerick have already shipped two damaging losses to Wexford and Westmeath.

Of course, that could easily mean that Carlow are much better than most people think and Limerick already have their two hardest games over them but it should inspire Leitrim that travelling to Mullingar may not be without hope.

Brendan Guckian will have some tough decisions to make - does he tinker with the team that tested Wexford so thoroughly or start Paddy Maguire or Wayne McKeon, if fit after injury.

In many ways, this is a no-lose situation for a young Leitrim team. Westmeath are red hot favourites for a reason and look too strong at the moment for Leitrim so the Green & Gold can play without fear or pressure and you never know what might happen then.