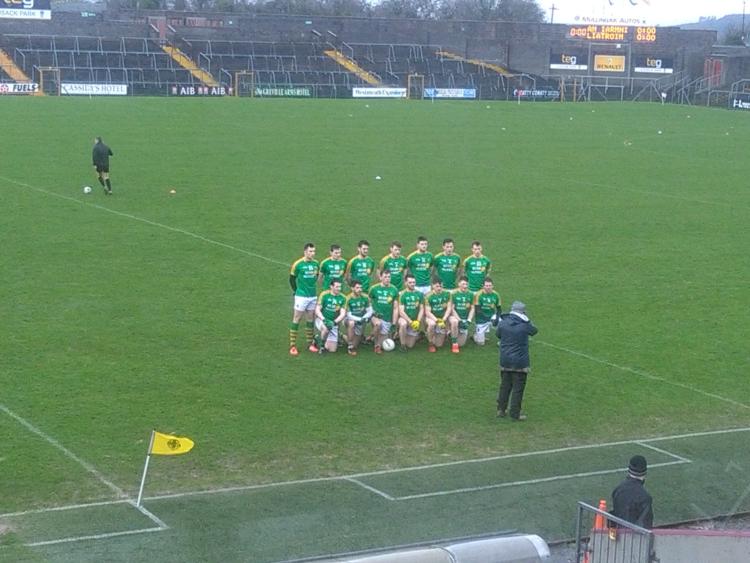 Leitrim's promotion hopes suffered a severe blow this afternoon in Mullingar when they were defeated by double scores by Westmeath.

Playing with a strong wind at their backs in the opening half Leitrim would have been hoping to build up a lead that would help them withstand an inevitable onslaught from the home side when they had the advantage of the elements in the second half.

However, Leitrim failed to capitalise on the wind advantage during the opening 35 minutes and it was the home side who enjoyed a 1-8 to 0-5 interval lead.

Westmeath full-forward John Heslin produced a match winning performance, finishing with a personal tally of 1-10 as he proved to be a constant threat to the Leitrim defence.

The wind eased considerably as the game progressed and Leitrim started the second half brightly. A well worked move, which began with Leitrim substitute Paddy Maguire, making his return to Leitrim team, saw the ball worked up the field with Wayne McKeon and Emlyn Mulligan both heavily involved before Ronan Kennedy applied the finishing touch.

With 20 minutes of the game remaining there were just four points between the sides and there was a noticeable anxiousness among the home supporters.

However, that would prove to be as close as Leitrim would get to their opponents as their challenge collapsed during the final stages of the game.

Leitrim's misery was compounded in the 64th minute when Tommy McDaniels struck for Westmeath's second goal, just seconds after his introduction. After Ger Egan's shot hit the upright the unmarked McDaniels was on hand to dispatch the ball past Philip Farrelly.

Leitrim will be hoping to get their promotion bid back on track when they face Carlow in Pairc Sean MacDiarmada next Sunday, March 5.

See Wednesday's Leitrim Observer for full match report, pictures and reaction from both camps. Westmeath selector Emmett McDonnell and Leitrim selector Seamus Quinn also give their opinions on the 'Super 8' motion that was passed at congress yesterday - it is fair to say neither county is overjoyed at the approved changes to the championship format.