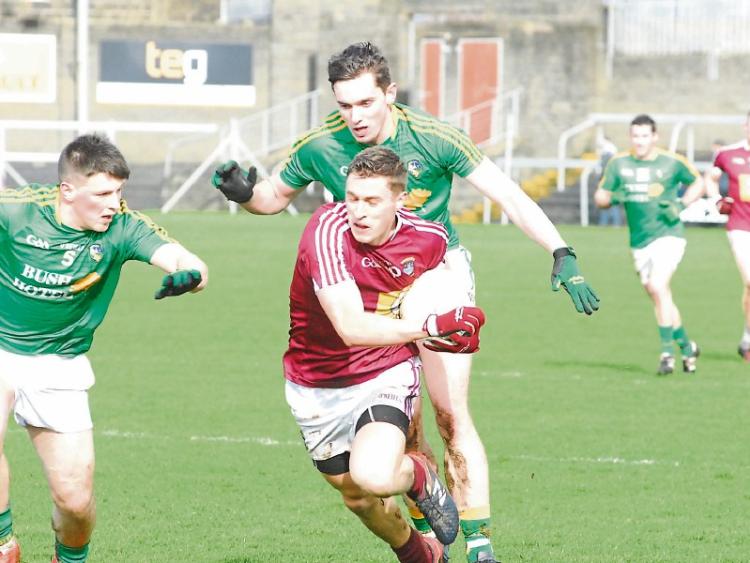 One of the favourites for promotion from Division 4, Westmeath made a slow start to this year's campaign when they drew with Carlow in the opening round of games but last Sunday's comprehensive win over Leitrim showed they are very much back on track.

Speaking after the game Westmeath selector Emmett McDonnell said he was happy with the win and believes after the setback they suffered against Carlow they are now back on track.

“We're Happy with the win today, we knew it wasn't going to be easy. Leitrim ran Wexford very close two weeks ago so we just prepared well for today. We could have been guilty of taking our eye off the ball the first day but we are very much focused now.”

Westmeath laid the platform for their win with an impressive first half performance, into a strong wind.

Reflecting on that opening 35 minutes Emmett noted, “We were very happy to score 1-8 in the first half, it was a very strong breeze, we would have been happy going in with six or seven points, to get 1-8 win the first half gave us a great platform.”

Key to the Westmeath victory was the performance of full-forward John Heslin who finished the afternoon with a personal tally of 1-11.

Paying tribute to their talisman Emmett noted, “John Heslin is an outstanding player and Kieran Martin, they held the ball up really well today. The way we play those two lads have to work very hard. They have a lot of talent and they work hard so they're a great out-ball for us.

Another who was singled out for praise was team captain midfielder who gave a fine display from midfield.

“Ger Egan was great again. He scored 1-4 against Limerick and 0-3 today. That's a challenge we're setting for Ger.”

When asked how or why his team were able to perform so well against the wind and how Leitrim made a strong start to the second half against the elements Emmett replied, “Sometimes when you run the ball through the hands you can protect it a little bit more and when you have a wind at your backs you think you can kick it 60 or 70 metres but it doesn't always work out like that and you can cough up possession a little bit easily.”

Westmeath finished the game particularly strongly with a four point lead with 20 minutes to go opening into a commanding 12 point cushion by the time the full time whistle sounded and Emmett felt the strength of their bench was key.

“We have a much stronger panel this year. With 20 minutes to go when we can bring players like Denis Glennon, Callum McCormack and Tony McDaniels it gives us a great push for the last 20 minutes.”

When asked what has happened to his team since the opening day setback Emmett acknowledged their may have been some complacency at the start of the campaign.

“I'm not sure. We had trained well up to that point, maybe we got a little bit complacent. We're just trying to take it one game at a time and we'll show a lot of respect going down to Wexford next week. It's a long journey down and we know what we have to do next weekend.

The significance of next weekend's game was not lost on Emmett who acknowledged, “It's a very important game next week against Waterford. We'll respect Waterford and hopefully go and do a good job down there.”