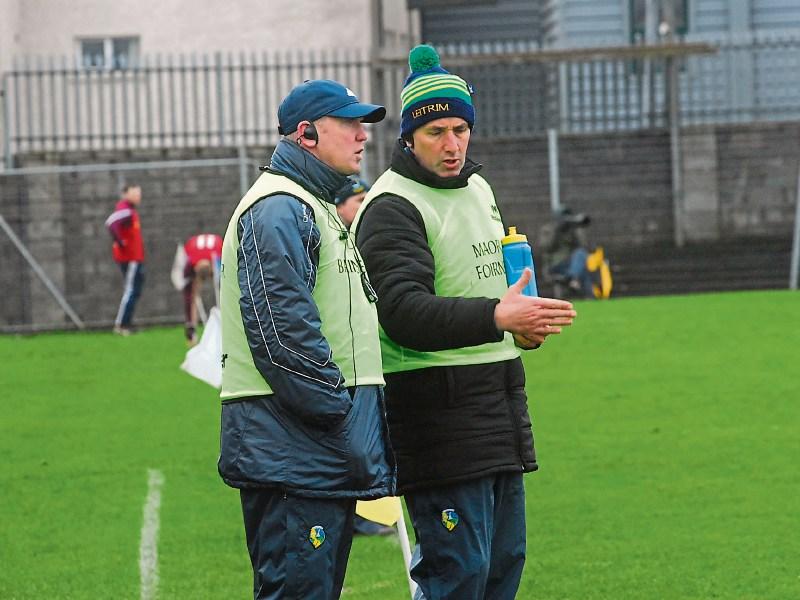 After a crushing 12 point defeat at the hands of Westmeath in TEG Cusack Park, Mullingar on Sunday last Leitrim face Carlow this Sunday in Pairc Sean MacDiarmada knowing a win is essential if they are to keep their fading promotion hopes alive.

Playing with the aid of a strong wind in the opening half, Leitrim failed to make the most of the advantage offered by the elements and it was the hosts who enjoyed a six point lead at the break.

Reflecting on the game Leitrim selector Seamus Quinn stated, “We were hoping that we would get a bit of a lead at half time, there was a very strong wind at the start but it didn't work out that way. Westmeath got the perfect start and they got a goal before half time and it set them up fairly well. They were six up at half time so it was an uphill battle for us.”

The second half saw Leitrim rally before Westmeath took complete control in the closing 20 minutes of the contest.

Looking ahead to Sunday's game against Carlow Seamus said, “After a defeat like that it’s hard to get fellas heads up but we’re going to have to push on and get ready for Carlow.”

“It’s going to favour the stronger teams,” was Seamus' initial assessment. “It looks like that. Anyone that goes into a provincial final is going to push on and the ones coming out of the qualifiers are going to be to be strong too. It’s probably not helping the weaker counties, I don’t know, it got through and we’re going to have to run with it and see what happens.

Similarly Emmett felt, “We were chatting to players here during the week and the players in our camp were very much against the group of 8 and you have to listen to the players. It probably bodes well for the bigger, stronger teams that they are going to get extra games.”