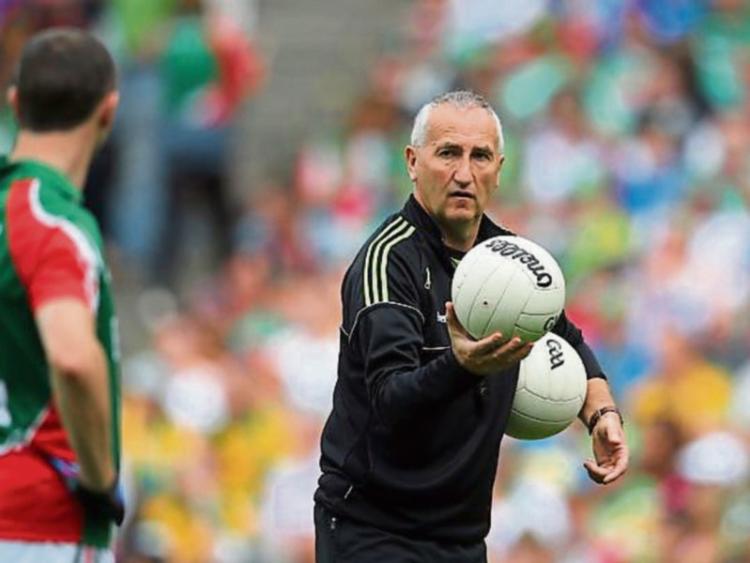 Anyone looking to attend the Donie Buckley coaching workshop “Coaching the Tackle” is already out of luck as all the places on the Leitrim GAA Coaching & Games Development course have been booked out.

Games Promotion Officer James Glancy announced the course featuring the current Mayo Senior team coach on Monday afternoon via the Leitrim Observer website and the Leitrim GAA site and within two hours, 40 places had already been snapped up.

And it has been announced that the course is now fully booked out and a waiting list for cancellations will be put in place for what has been a very successful new initiative launched by Glancy since his appointment.

Previous workshops from Dublin’s Paddy Christie and Niall Cooper were booked out just as quickly as the appetite for learning seems high among Leitrim’s adult and juvenile coaches.

Landing Buckley is a real coup for Leitrim GAA’s Coaching & Games Development Committee as the Kerry native is often credited as the secret ingredient behind Mayo’s rise to prominence over the last five year.

Mayo have become renowned masters in the art of tackling and Buckley will impart some of his knowledge to Leitrim coaches at the workshop entitled “Coaching the Tackle” in Allen Gaels GAA Clubhouse in Drumshanbo on Saturday, March 25.

The course, organised by newly appointed Games Promotion Officer James Glancy, costs just €5 and will run from 11 am to 1pm on March 25.

The “Coaching the Tackle” workshop is targeted at youth/senior teams and will involve drills and game based methods as Buckley will deliver the lessons he has learned from his time coaching in Kerry, Clare, Galway, Limerick and Mayo.

During his playing career, Buckley scored a last-minute goal to help Castleisland Desmonds win the 1985 All-Ireland Club Final and soon after retiring from playing he became involved in coaching.

His coaching career began in Clare where he led Milltown Malbay in 1990 and Faughs in 1994 to County Championships. He then served as joint manager of the Clare senior team in 2006.

The Kerry native moved on to Galway club Moycullen, whom he led to an All-Ireland Intermediate Club Football Championship title in 2008.

Buckley served as selector with Mickey Ned O'Sullivan in Limerick for five years prior to joining the Kerry senior setup in 2011. He stepped down from his role with Kerry before the start of the 2012 Championship.

Since the he has been an ever present as Coach to the Mayo senior football team and is regarded as one of the foremost coaches in the Gaelic football world.