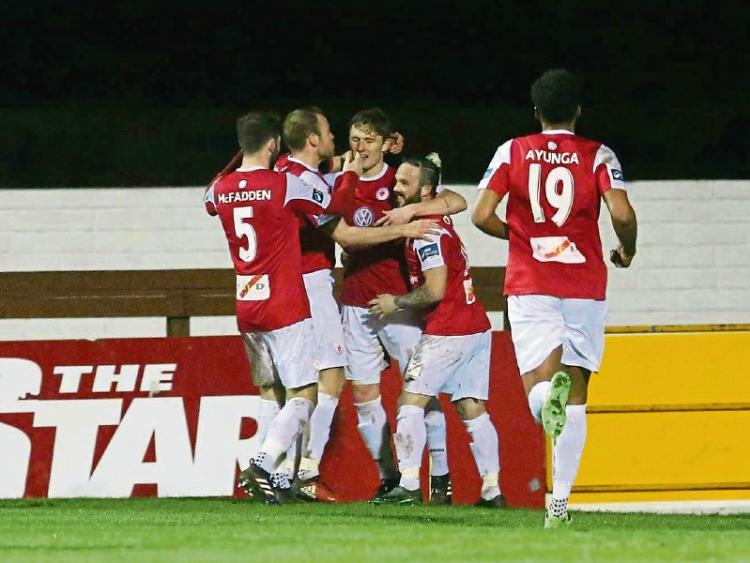 At the fifth time of asking Sligo Rovers recorded a first league victory of the 2017 SSE Airtricity League season when they defeated Bray Wanderers in The Showgrounds on Saturday last.

After losses at the hands of Limerick, Dundalk and Cork City, Rovers' only point from their opening four games was from their home draw a week earlier with fellow early season strugglers St Patrick's Athletic.

With three teams set to face the drop to the first division at the end of the season there was a palpable sense of concern around The Showgrounds last Saturday night and that became even more pronounced when Bray struck for a breakthrough goal with barely three minutes elapsed.

Gary McCabe became the latest former Bit O'Red to score against Rovers this season when he scored after some haphazard defending. The decision to start Liam Martin at left-back in place of the injured Regan Donelon was evidently targeted by Bray and some hesitancy on that flank created the opportunity for McCabe which he duly took.

Sitting bottom of the table before Saturday's fixture it was looking ominous for a Rovers team who were evidently lacking in confidence and with the attacking strength within the Bray ranks a first win of the season seemed a long way off.

However, Rovers responded well to that early setback and deservedly equalised in the 26th minute and on this occasion a former player lent a helping hand as Derek Foran succeeded only in diverting Kieran Sadlier's cross past Peter Cherrie.

Having got back on level terms the home side suddenly looked more composed in possession with Sadlier always looking as though he could threaten the Bray defence.

A minute after the equaliser Rovers had taken the lead with Chris Kenny crashing the ball to the Bray net after Sadlier's cross was deflected favourably into his path.

With eight minutes of the first half remaining the sides were level once more when Gary McCabe's well placed free kick flew past Shaun Patton although it did look as though the defensive wall and goalkeeper could have done better.

The second half proved to be something of a war of attrition with the one moment of real quality ultimately enough to separate the sides.

Ten minutes after the restart Kieran Sadlier stood over a free kick 25 yards from goal and he produced a shot that left Bray goalkeeper Cherrie with no chance. It was a goal worthy of claiming of all three points.

Rovers will be hoping to continue their winning ways when they travel to Ballybofey on Saturday evening for the north-west derby against Finn Harps.