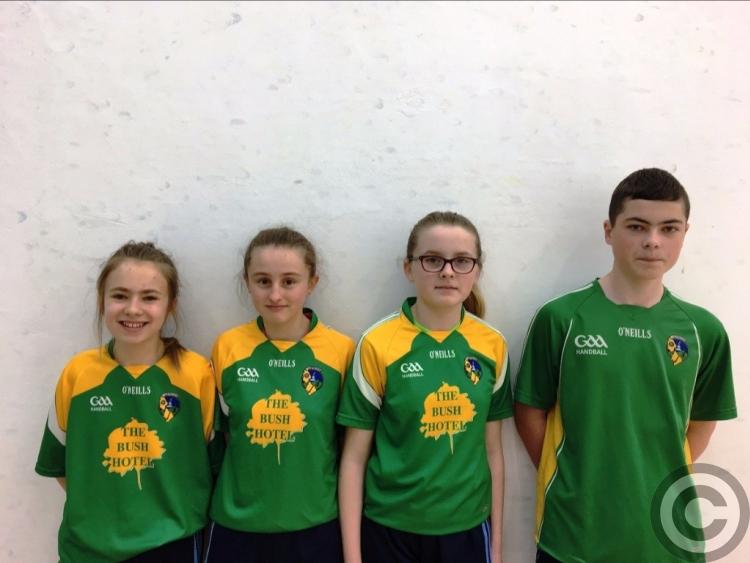 Four players from Drumshanbo Handball Club represented Leitrim at the Connacht Juvenile B Finals  in Collooney & Bofield on Sunday.

Aoibhe Logan, Edel O’Donnell, Amie O’Donnell and Evan Foley were all in action on Sunday with Amie & Aoibhe  narrowly beaten in the Girls U13 Doubles in Collooney.

Edel O’Donnell was all set to take part in the Girls U14 but has to wait to another day as her Galway opponent was sick, her game will be played this week. Evan Foley put up a great performance and just lost the second game to claim the silver medal.

A great performance from all in their first Connacht Championships and good luck to Edel in her final this week.