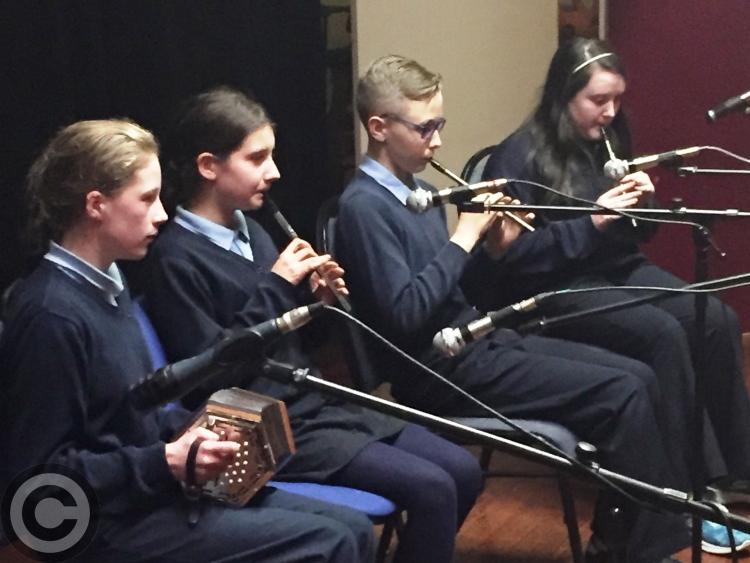 The two nights of Scór na mBunscoileanna took place in  Cloone Community hall last Friday and in the Mayflower Drumshanbo on Saturday.

Fourteen schools took part over both nights and the standard of performances were an absolute credit to the schools, parents and teachers, the children really promoted the culture and talent of the schools.

Some very strong and youthful contender's to possibly go forward to Scor na nOg next Autumn. Question Time was a tough competition with teams with top marks right to the end on both nights.

Many thanks and credit to our Bean an Ti's, Friday night was compared by Carrigallen's, Grainne Ni Mhaille and Friday was hosted by St Mary's Laura Crossan.

The best performance on each night in each event got medals in first and second place. Very strong performances and big numbers in Solo Singing & Recitation on Friday night, to which the judges also gave highly, commended medals.

The following were the winners:

The Senior Scór All-Ireland Final will be held in the Waterfront Theatre, Belfast on Saturday May 6. The quiz starts at 11am. This event is free of charge for supporters. The main stage competition is at 3pm.

Please note it is a ticket only event and are non-refundable. Single ticket is €20 & a Family Ticket (two adults, two children) is priced at €60. They can be ordered through Club Cultural officers. All orders must be placed by Friday April 7.