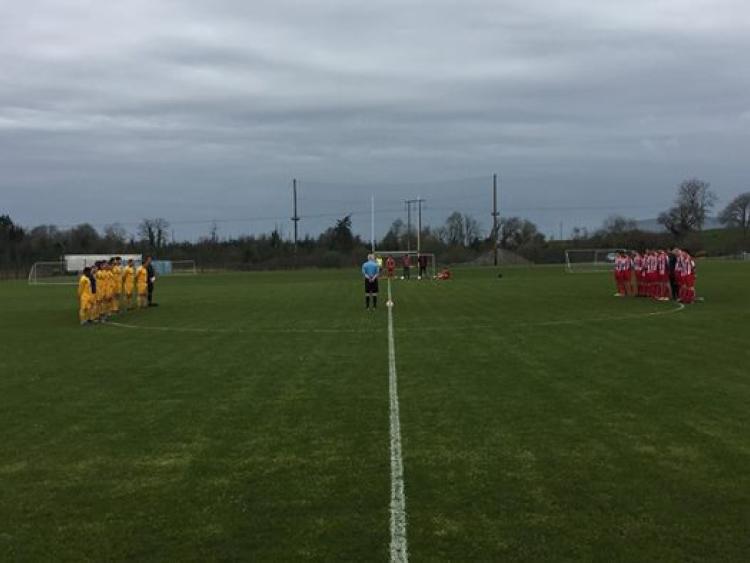 Manorhamilton Rangers senior team continue to be the form team in the Sligo/Leitrim Super league this time putting five goals past Ballisodare.

Despite how comprehensively Manor won the game, Ballisodare started strongly and opened the scoring in the 10th minute with Adam McGoldrick taking advantage of a defensive mistake.

Manor recovered from their poor start and from the 16th minute onwards dominated proceedings but found it difficult turning their superiority into goals.

Having seen a number of good chances come to nothing Manor equalised when Brian McDonald's dangerously floated delivery flew over the Ballisodare goalkeeper and into the goal.

Paul Lonican came to Manor's rescue early in the second half with a last ditch tackle on McGoldrick but that would prove to be Ballisodare's only time to threaten the Manor box in the entire second half.
Manor took a deserved lead shortly before the hour mark when Thomas McDonald floated in a lovely free kick which Niall Walsh controlled before sending in a cross to Seamus Ryder who scored his 23rd goal of the season.

Colm Callinan atoned for his earlier miss in the 75th minute. After a great ball through the centre from Brian McDonald, Callinan dribbled past three players and shot calmly to the net to give Manor a two goal advantage.

Four minutes later, Manor increased their lead further when Colm Callinan floated in a corner. Patrick Woulfe found himself in acres of space at the back post unmarked and tapped the ball home.

Manor's best performer on the day, Patrick Woulfe, finished the scoring following some great play between Colm Callinan and Alan Hickey. The ball went out to Woulfe and he beat two defenders before rounding the keeper and stroking the ball home to complete a comprehensive victory for Alan Gilligan's side.

Manor remain in second place in The Great Southern Hotel Sligo Super League. They trail table toppers Carbury by 10 points and are four clear of third placed Strand Celtic. In the coming weeks expect Boyle Celtic to pile the pressure on at the upper end of the table. They are also four points behind Manor but due to their cup commitments have four games in hand on the top two.
Next Sunday Manor Rangers travel to Ballinasloe in the quarter-final of the Connacht Cup.