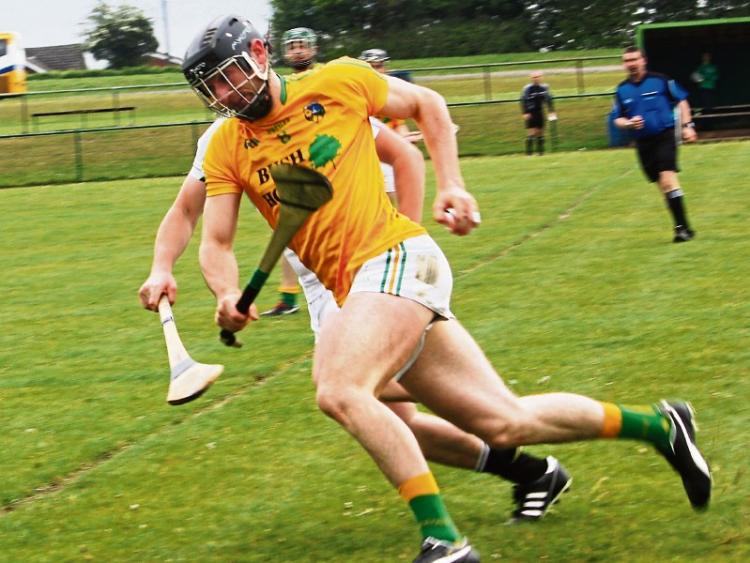 Defeat in Birmingham leaves Leitrim with a do-or-die clash against Sligo next Saturday if they are to reach the Lory Meagher Cup Final.

Warwickshire booked their place in the Lory Meagher Cup decider and the winner of the Leitrim and Sligo match in Pairc Sean Mac Diarmada could yet join them in Croke Park for the Final on Saturday, June 10.

Leitrim kept pace with leaders Warwickshire for three-quarters of Saturday's tie and a disappointed Martin Cunniffe felt that his team have it all to do against Sligo - “I’m disappointed but not surprised with the result because Warwickshire have some exceptional players this year and we knew this would be a difficult place to get a result.

“We’re not quite out of it yet and will regroup for what will another tough clash with Sligo in Carrick-on-Shannon next Saturday.”

Playing into the pavilion end in the opening half, Warwickshire had the advantage of the elements but it was Padraig O’Donnell who opened the scoring with a free following a foul on James Glancy in the opening minute.

However by the third minute Warwickshire were on level terms through an over the shoulder attempt by Ian Dwyer. Two minutes later the hosts were ahead for the first time through Shane Caulfield but that same attack could easily have resulted in a goal were it not for a fine save by Declan Molloy.

Points from Paul Uniacke and the first of Liam Watson’s six successful placed balls opened up a 0-4 to 0-1 Warwickshire lead by the ninth minute before a very impressive Leitrim response over the next 15 minutes.

Leitrim outscored the Exiles 0-4 to 0-3 through points from James Glancy, Morgan Quinn, Com Moreton and another Padraig O’Donnell free in reply to scores from Paul Hoban, Shane Caulfield and another Liam Watson free.

Leitrim took the lead when Zak Moradi was adjudged to have been fouled in the small square and awarded a penalty in the 23d minute. O’Donnell’s penalty gave Leitrim a surprise 1-5 to 0-7 lead.

Suddenly Leitrim were now beginning to ‘call the shots’ and with Warwickshire’s wayward shooting resulting in eight wides in the opening half, Leitrim outscored Warwickshire 0-2 to 0-1 with further points from Liam Moreton and an O’Donnell free on the stroke of half-time in reply to leave Leitrim 1-7 to 0-8 ahead.

Warwickshire came out in the second half a more energised unit and from the throw-in, the Exiles went on the offensive and when a dropping ball from Liam Watson was fumbled by keeper Declan Molloy, a lurking Ian Dwyer swept the rebound to the net.

However, after a successful sideline ‘cut’ from Liam Watson and a score from Conor Robins, Leitrim showed they were far from finished in this contest. In fact they outscored the winners 0-4 to 0-1 through a long-range Conor Byrne free, David McGovern and a brace from O’Donnell in reply to a Liam Watson score from play to level the contest at 1-11 each by the 49th minute.

But amazingly that was also the visitors last score and a miserable afternoon for Leitrim was completed by a double yellow card dismissal for midfielder James Glancy.

In a storming finish, the Exiles never looked back after two successful placed balls from Watson, including a 65, put them back in the lead and gave them the momentum to put the Leitrim rearguard firmly on the backfoot.

Only a spectacular triple save from Declan Molloy denied Warwickshire a second goal in the 57th minute before Ian Dwyer put the Exiles three points ahead on the hour.

The Coventry-based Tipperary man also played a key role with his assist for Colm McBride’s clinching goal four minutes from the end of normal time with points from a Liam Watson free and Shane Caulfield closing the scoring.

The final whistle was greeted by inevitable scenes of jubilation as the Warwickshire players gathered in a huddle for their rendition of the Wolf Tones’ ‘Celtic Symphony’.

Man-of-the-Match: John Collins (Warwickshire) - the Cork man gave an outstanding display from start to finish. But there were several candidates for the accolade including Ian Dwyer, Shane Caulfield, Paul Hoban and talisman Liam Watson.

Save-of-the-Match: Declan Molloy’s 57th minute triple save. Apart from the blemish that resulted in Warwickshire’s first goal, the Leitrim goal-keeper had an excellent game and his triple save denied a second goal at a crucial stage when the game was still in the balance.