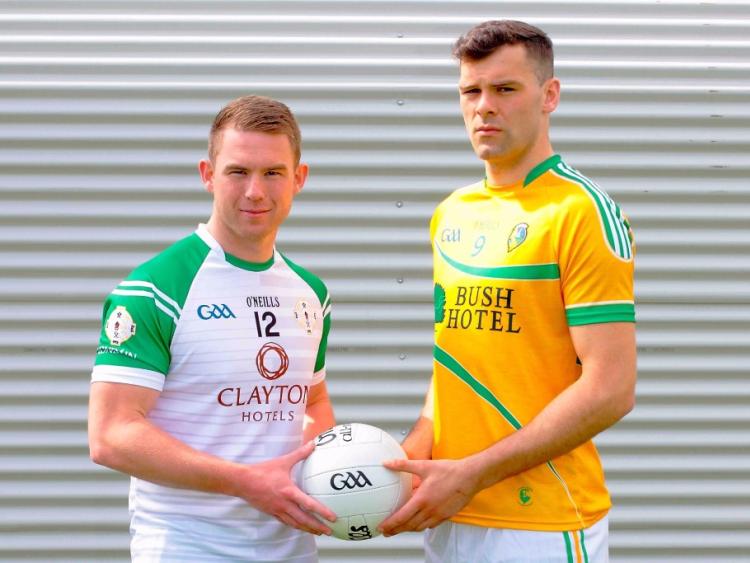 London is calling and Leitrim are ready to answer the call next Sunday when the Green & Gold open their 2017 Connacht Championship campaign against the Exiles in McGovern Park Ruislip (3.30 throw-in).

It is a game that is both eagerly anticipated and dreaded as London traditionally put Leitrim to the pin of their collars to escape back across the Irish sea with a much needed victory.

The trip to Ruislip is almost a rite of passage for any Leitrim footballer - the journey over, the hard pitch, the heavy and frequent hits and the carnival atmosphere with beer tents and fans gathered for hours before the throw-in.

Yet as strange and as difficult as the Ruislip experience is for Leitrim teams, it is one that they have always come through, sometimes bruised and battered, sometimes with a great deal of luck, but emerge victorious they do.

Ironically, Leitrim's two championship losses to London both occurred on Irish soil - in Carrick-on-Shannon back in 1977 and in Hyde Park four years ago so travelling to Ruislip, as onerous as it is, has always been a rewarding if tough trip for the Green & Gold.

Maybe that is down to one simple fact - Leitrim never, ever take London for granted, there is no cockiness or air of superiority as the Green & Gold have always recognised just what a potential banana skin the trip across the pond might turn out to be.

London have never lacked for passion or commitment but sometimes their fitness and ability to take a score isn't what it should be and Leitrim have always managed to exploit those weaknesses.

But this looks like a different London team - manager Ciaran Deely is a shrewd operator who has instilled a new mindset in the Exiles, a mindset that doesn’t rely on the old ‘blood & thunder’ philosophy but one grounded in sports science, tactical nous and well trained and conditioned footballers.

Deely, who works with Queens Park Rangers as a strength & conditioning coach, will have his team hopping and he has already caused worried brows in Leitrim with the acquisition of Tyrone legend Eoin Mulligan and Dublin U21 All-Ireland winning captain Kevin O’Brien to their ranks.

What part either might play next Sunday is hard to tell. Deely proclaims the Tyrone star is short of conditioning and doesn’t expect him to play on Sunday and the evidence of a run-out against Waterford in a recent challenge game would appear to support that view.

Leitrim had a large contingent down to watch that game and came back with their own confidence boosted as the Deise won comfortably.

But Deely isn’t above playing mind games as anyone who witnessed the League game between the teams will confirm. London were a mess for three-quarters of the game but the introduction of a couple of first string players  turned the game as they hit six unanswered points at the  end of  the contest.

London traditionally struggle in attack, their commitment and ferocity in defence not matched by their finishing. But in Liam Gavaghan, their London born captain, they have a forward capable of winning hard ball and creating chances.

The League game showed that London are marrying their traditional physical presence with an ability to create and take scores.

Ironically, given the turnover of players  in the English capital, the Exiles may have a more settled line-up as Brendan Guckian has drafted in a lot of young players to this Leitrim squad.

Leitrim are in something of a transition themselves with the potential for a lot of debuts next Sunday and the loss of talisman Emlyn Mulligan is a massive blow. The Melvin Gaels clubman is not just a freetaker, an incredibly reliable one at that, but he is also a leader with experience and Leitrim will miss those qualities in Ruislip.

There are question marks over the fitness of Gary Reynolds, another big time leader, and it will leave a big burden on the likes of Paddy Maguire and Ronan Kennedy to provide that leadership.

Perhaps all the young players can do no better than chat to Shane Moran as the Ballinamore man made his debut against the Exiles five years ago, coming off the bench to score a couple of match winning points in a real dogfight.

Youth will definitely have its day as Oisin Madden and Keith Beirne are almost certain starters while Dean McGovern, Ryan O’Rourke and Darragh Rooney are all pushing  hard for starting places next Sunday, despite the last three all coming off injuries in recent weeks.

Aughnasheelin’s Conor Cullen and Drumreilly's Conor Gaffney are apparently making a late push for a starting spot while Aughawillan duo Pearce Dolan and Mark Plunkett look as if they might miss out as their seasons have been plagued by injury.

But what all of those young players boast is two qualities Leitrim will value highly next Sunday - fearlessness and pace and it is hard to say which is more important. London have traditionally struggled against pace and Leitrim could have that in spades.

The big dilemma for manager Brendan Guckian is where to situate Donal Wrynn and that decision could well decide who gets a start next Sunday.

The Leitrim captain was a success at centre-back during the League but there may be a temptation to move him to full-back or midfield, particularly with the loss of Niall Woods from the panel.

Those decisions could well decide if Alan Armstrong gets a first championship start or Dean McGovern partners  Shane Moran in the middle of the park. And the knock-on effects throughout the team are hard to quantify because so many players are fighting for their places on the team.

Few are guaranteed a starting spot and there is genuine competition to get into the first 15 so that should mean a stronger bench, something that is often crucial when Leitrim teams face the Exiles in the past.

Does it mean they are out of contention of the starting 15 next Sunday? Or are they getting valuable game time that will help next Sunday?

Questions that have to be answered but it adds to the intrigue and perhaps that is the way Guckian wants it. If the players are fighting for their places, then that can only help the Green & Gold.

One might worry that the injection of youth carries the risk of inexperience, a large risk since experience and know-how is a vital component of successfully emerging from Ruislip with a victory.

A lot of these young Leitrim players have played on teams that have contested Connacht Finals and won trophies at club, school and county level but they have also been on teams that have flattered to deceive - look no further than this year's Connacht U21 Championship.

The talent is there but questions have to remain about their big game temperament until they win a big one and next Sunday is the perfect place to start.

It is not that London aren't without pressure of their own. They might proclaim themselves to be underdogs but there is a real sense of belief in the Exiles camp and that brings a subtly different kind of pressure and lots of people are predicting an upset next Sunday.

Add in the fact that the opening of the new stand in Ruislip is  a red letter day for London GAA, something else that adds to the pressure to produce a good performance and anything that might add to the pressure on London can only be a help for Leitrim.

The influx of youth brings confidence but Leitrim would be wise to take London very seriously. The Exiles may have lost to Waterford and boosted Leitrim’s confidence but challenge games are notoriously misleading - and if you need any convincing, Leitrim’s own recent form should persuade one not to read too much into any challenge game result.

Leitrim’s confidence took a major boost with a narrow win over Westmeath last week but it is only a couple of weeks since the midlanders hammered the Green & Gold in a challenge while Offaly also handed Leitrim a trimming - so which result do you trust!

I still remember vividly the confidence in the Leitrim camp in 1998 when results in challenge games predicting a great championship  but come game day, Galway obliterated Leitrim in Pairc Sean!

What gives one confidence is that this Leitrim team are not taking London for granted and the losses of Emlyn Mulligan, Nevin O'Donnell and Mark Plunkett emphasises the need for caution allied with confidence in their own ability.

Forewarned is forearmed and London are certainly coming for Leitrim. They are a team with ability, physical presence and are well prepared so a  London victory, while still against the odds, would not be an earth shattering shock.

Yet I still expect this Leitrim team to emerge with the win. They are focussed, fit and if they fully believe in themselves, they should come through a ferociously tough encounter that should  be enough for the victory.