Leitrim hurlers storm past Sligo and into Croke Park final 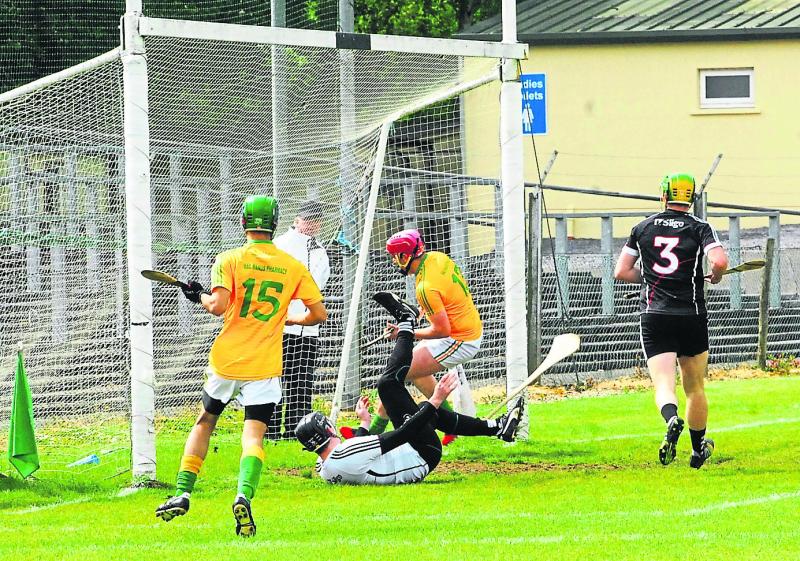 After years of near misses and hard luck stories, the Leitrim hurlers banished the memories of years of toil without reward on Saturday last when they defeated Sligo to claim a place in the Lory Meagher Cup Final.

Pairc Sean Mac Diarmada was basked in sunshine as the teams took to the field with both sides within touching distance of a place in the Croke Park decider.

A win for Sligo was enough to ensure their place in the final while Leitrim knew that a victory for them coupled with a Warwickshire win over Lancashire would see them advance to the decider.

A Leitrim win combined with a Lancashire win would have complicated matters slightly as scoring difference would be required to determine who would join Warwickhire in the final.

From the opening throw-in there was a determined look to the Leitrim players as they looked determined to ensure they completed their part of the job. James Glancy, who has seen more than his share of disappointment in a Leitrim jersey alongside Liam Moreton in midfield, set the tone for the home side.

The game was just 45 seconds old when Leitrim took the lead courtesy of a Colm Moreton point. That was a lead Leitrim would not relinquish for the duration of the contest.

The game was less than two minutes old when Leitrim's flying start was rewarded with a goal. Sligo goalkeeper Declan Loughnane initially made a wonderful save to deny Zac Moradi but quickest to react to the rebound was Padraig O'Donnell and he made no mistake from close range.

Sligo had no answers to Leitrim's rampaging start and were denied a second goal when Loughnane made a fine save to deny O'Donnell.

Two successive points from Padraig O'Donnell (one 65) put Leitrim six to the good and the dream start got even better when O'Donnell struck for his and Leitrim's second goal with the game still less than six minutes old.

Zac Moradi allowed the sliothar run through to O'Donnell and the Abbeyknockmoy man surged through on goal at the N4 end of Pairc Sean before firing a shot. Cutting in from the stand side O'Donnell struck powerfully across the Sligo goal with the ball crashing into the goal on the far side.
Sligo opened their account in the 12th minute when Keith Raymond converted a free but Leitrim were still in complete control and hit back with a long range point from Colm Moreton.

Understandably, given the flying start made by Leitrim, the intensity dropped slightly with scores not flowing as freely as they had during the opening exchanges.

Sligo gave themselves a lifeline when they found the Leitrim goal in the 19th minute. The goal was scored by Matthew Davey but it was created by the brilliant, mazy run from Kevin Gilmartin who soloed from near the 65 yard line. Gilmartin's initial shot was blocked but Davey was on hand to force the sliothar home.

To their credit, Leitrim responded well to that setback and two fine points from Cathal O'Donovan either side of a Padraig O'Donnell pointed free handed the initiative back to Leitrim.

With eight minutes of the first half remaining and trailing 2-7 to 1-1, Sligo signalled their intent not to lie down without a fight when they struck for a second goal. Michael Gilmartin was the scorer although how much he knew about it is debatable. As Leitrim attempted to clear the danger following a goalmouth scramble the ball cannoned off Gilmartin and flew into the net.

The efforts of the opening half hour seemed to take effect on Leitrim in the closing stages as Sligo took control of matters for the closing stages of the half. A huge pointed free from Kevin Banks was followed by a third Sligo goal. Matthew Davey rose highest to claim a delivery from Keith Ramon and after a quick turn he kicked the sliothar into the roof of the net.

The first half scoring was completed when Raymond converted a late free meaning Leitrim's commanding lead had been all but wiped out as they led by just a point - 2-7 to 3-3 at the interval.
Although undoubtedly frustrated to have seen their commanding lead dwindle so dramatically there was a determined look to Leitrim as the second half got underway. Padraig O'Donnell was denied a third goal when Loughnane made another fine save but he made no mistake when converting the resulting 65.

Cormac Behan replied from a 65 for Sligo but to their credit there was no sign of panic among the Leitrim players. Two excellent points from Karl McDermott along with a fine point from Zac Moradi and a Padraig O'Donnell free helped calm the nerves of the Leitrim faithful as the green and gold enjoyed a five point lead with 15 minutes remaining.

Cormac Behan and Michael O'Connor replied with Sligo points but Leitrim had the look of a side determined to ensure they would not be beaten and they hit back with a pointed free from O'Donnell.
Keith Raymond, who was quiet by his own high standards, reduced the deficit to three points with four minutes remaining but Leitrim were not to be denied and victory was secured when Zac Moradi goaled from close range.

The shot seemed to roll across the line and go wide but the umpire was perfectly positioned and immediately raised the green flag which all but confirmed Leitrim's passage to the Lory Meagher Cup decider on June 10.

Main Man: Apart from Sligo goalkeeper Declan Loughnane, the starring performers were all in Leitrim colours. Vincent McDermott, James Glancy and Zak Moradi were all hugely influential but Padraig O'Donnell's scoring exploits give him the nod ahead of Conor Byrne.

Talking Point: For those who have battled for many years without reward or recognition for the good of Leitrim hurling, last Saturday is a deserved reward.

Turning Point: Sligo looked to have weathered the Leitrim storm when they came back from nine points down to trail by just one at the break. However, Leitrim made a flying start to the second half and re-established their dominance.

Ref Watch: An injury time red card for Keith Raymond for an off the ball incident was the most contentious decision for Aidan Ferguson to make but even that was met with no complaints. The referee was up to speed with the play throughout and consulted well with his fellow officials.

Highlight: Karl McDermott's 54th point was an absolute cracker. In front of the stand and attacking the scoreboard end McDermott balanced the sliothar on his hurl and in one quick movement swivelled and dispatched a shot over the bar.

Lowlight: From a Leitrim point of view there were no negatives to be found although the team management will be aware there is room for improvement.

An All Ireland final in the parish Who said Leitrim couldn't hurl https://t.co/l29AuFkTYg