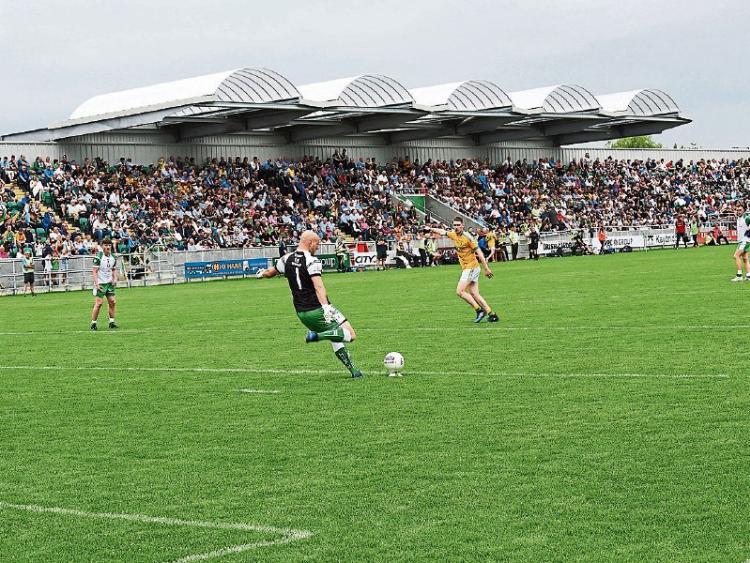 Do not underestimate the importance of that win over London.

It’s hard to quantify how much a defeat could have set back the development of this young side. The county set-up is just starting to find its feet following the detrimental loss to London in the Connacht semi-final four years ago and the fall-out that it brought.

Had we lost we would have come back from it, as we always do, eventually. But what Leitrim needs now is a gradual and steady upwards trajectory. We will have set-backs along the way and learn from them but there is very little we could have learned from a loss on Sunday.

The emotional toll of it would have been too damaging for the players and management to recoup for the Qualifiers and the loss of faith amongst the supporters could have been shattering.

Emlyn Mulligan’s injury cast a forbidding sense of deja-vú over Sunday’s encounter. It’s a huge personal blow to the man and I was delighted with his positivity when I contacted him following confirmation that he had ruptured a cruciate knee ligament for the third time. His absence boosted London’s hand and weakened ours significantly.

Thankfully his club mate Darragh Rooney stepped up to the plate on his debut in the first half with a fine goal before Ronan Kennedy’s cracking brace finally extinguished the Exiles’ considerable ambitions in the second period in the newly redeveloped Ruislip at the weekend.

It’s important to note that Nevin O’Donnell also suffered a third cruciate knee ligament injury in the weeks running up to the game, something that the national press missed entirely. Nevin has been a great addition to the squad in recent years with his strong running and ability to pitch in with some critical scores.

His absence was another major factor in how apprehensive I was in the lead into the game. I knew Sunday would be a physically demanding encounter requiring a strong squad. Nevin would be missed.

The Exiles had an ambush waiting in what is now known as McGovern Park and it took those three goals to cut them off at the pass return home on Monday with the spoils. The reward means a crack at Roscommon – a division one side this year – in Hyde Park in a Connacht semi-final on June 18. That should get every Leitrim’s person’s heart racing, but especially the players.

There was a huge sense of occasion in London on Sunday to mark the opening of the new grounds and the Exiles had the date marked on their calendar from their first training session of the season.

I spoke to a few London GAA people in the week running up to the game, officials, former players and supporters, and they fancied their chances. Even more so than they did in the Hyde Park four years ago.

The side were well drilled and focused and had a marquee All Ireland winner in Owen Mulligan as their trump card. He may have only finished with a point but he was instrumental in all aspects of London’s attacking play when they threatened to make a telling push for victory in the crucial third quarter.

However, Leitrim had their own marquee forward to spring from the bench and few players in the county would have finished the two chances that came Kennedy’s way with such aplomb. Ronan has an eye for goal.

When Mohill ambushed Glencar Manor in injury time of the county final a few years ago, few people took the time to appreciate the subtle nature of Kennedy’s match-winning goal. He put it the only place that the keeper couldn’t save it. When all around him were losing theirs, he used his head as much as his feet.

Everything was set up for a London victory and I was nervous for the lads. So were most Leitrim people and that apprehension fed into the young team I have no doubt. There were a lot of errors and wayward shooting from the young guns.

Thankfully Damien Moran landed a few long-range efforts to augment Rooney’s first half goal. Continued profligacy sucked the confidence out of Leitrim and invited London into the game driven by the brilliance of their home-grown captain Liam Gavaghan.

It’s wonderful to see a native representing London and clearly demonstrates to wonderful coaching structures now in place across the UK. Clearly rattles, Leitrim showed great resolve to respond to London taking the lead in that third quarter.

I mentioned to a fair-weather Dublin-supporting colleague of mine that Leitrim would have their work cut out for them at the weekend. ‘Who are ye playing?’ he asked. ‘London in Ruislip,’ I replied. ‘Ah Jasus bud, if ye can’t beat them ye might as well give up,’ was his ill-informed reply. ‘Leitrim will never give up,’ was all I had to say.

I read one preview to the game that noted that London, due to the crippling high turnover of players, would only have five players starting that featured amongst the first 15 that won the Connacht semi-final against Leitrim in 2013.

Anyone harbour a guess at how many starters Leitrim had on Sunday from that starting 15? Zero. Zilch. Not one. In four short years, we were once again forced to select an entirely new starting line-up. That shows phenomenal resilience and deserves to be acknowledged and celebrated.

It also begs the bigger question of why but we’ll come to that another day.

So, what does Sunday’s win mean? Well in the immediacy it meant that the lads could let their hair down on Sunday night and celebrate together the fruits of their individual and collective efforts. The nature of the modern game allows players very little time to socialise and reflect.

Tomás Meehan, double All Ireland winner with Galway, inhabits the office next to mine in Croke Park. He was one man who could appreciate the importance of the task ahead of Leitrim on Sunday. He reckoned the chance to celebrate together following a win would be worth 10 training sessions.

Successful teams depend on cohesion, unity, and a special bond. The X-factor element of that is often forged away from the training field and pitch.

There will be a spring in the step at training this week and there needs to be. This squad needs to achieve levels of performance never previously reached if they are to compete with and defeat Roscommon come June 18.

Earlier in this column I said that encounter should get every Leitrim’s person’s heart racing. But that alone isn’t enough. We need to match that with steel in our nerves, metal in our muscles, precision in our hands and feet, and ice in our heads. It will take a complete performance – technical, tactical, physical, and psychological – to challenge Roscommon and to maintain an upwards trajectory in this side’s growth.

I’m just glad the lads have the opportunity to bring such a performance to the Hyde. They earned it.