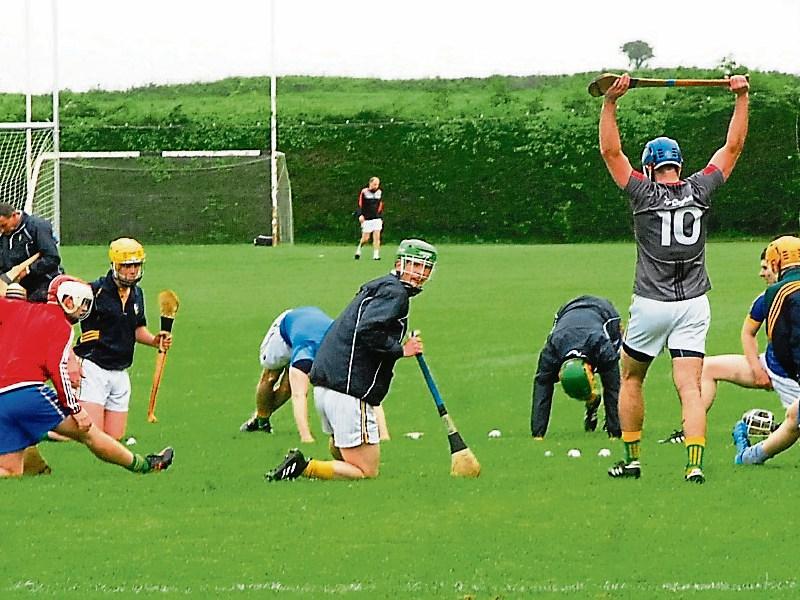 Leitrim hurlers are looking to create their own slice of history next Saturday when they chase a national title in Croke Park.

The Green & Gold hurlers face hot favourites Warwickshire in the Lory Meagher Cup Final in GAA Headquarters at 1 pm on Saturday, seeking to win the title on an historic occasion for the game in the county.

The Birmingham based Exiles will start as hot favourites with former Antrim ace Liam Watson their danger man as they seek to repeat their 2-16 to 1-11 victory over Leitrim from the group stages.

But this Leitrim team is a different beast now and the manner in which they tore Sligo apart to qualify for the Final has filled the Leitrim hurling camp with a good deal of understated confidence as they attempt to upset the favourites.

A bullish Leitrim manager Martin Cunniffe told the Observer “We don’t fear them at all and we’re going up there to win. There is no point getting to Croke Park and come away defeated. We’re not thinking about defeat, we’re going up to win, that’s the bottom line.”

Martin's words were echoed by team captain Karl McDermott as the Manorhamilton man states “If we play in the same way as we did against Sligo, there is no reason why we cannot win the game.”

Long serving Gortletteragh veterans Kevin McGrath (interview on page 63) is also confident Leitrim can upset the favourites in Croke Park - “We’re there now and that is all we wanted and when you get to Croke Park, anything can happen.

The Leitrim Observer is also offering four lucky readers the chance to win a pair of tickets to the Lory Meagher Cup Final next Saturday. Details of the competition are on page 70 of this week's Leitrim Observer and entries must be in by 10 am this Friday morning.

See pages 63, 68-71 of this week's Leitrim Observer for a full preview of the Lory Meagher Cup Final.

l In other GAA news, Roscommon have suffered a blow ahead of the Connacht Championship meeting with Leitrim with the news that Cathal Compton is an injury doubt.

The Strokestown midfielder injured his hamstring before a recent challenge game and joins Ultan Harney, Ciaran Cafferkey & Thomas Corcoran on the treatment table ahead of the meeting with Leitrim.