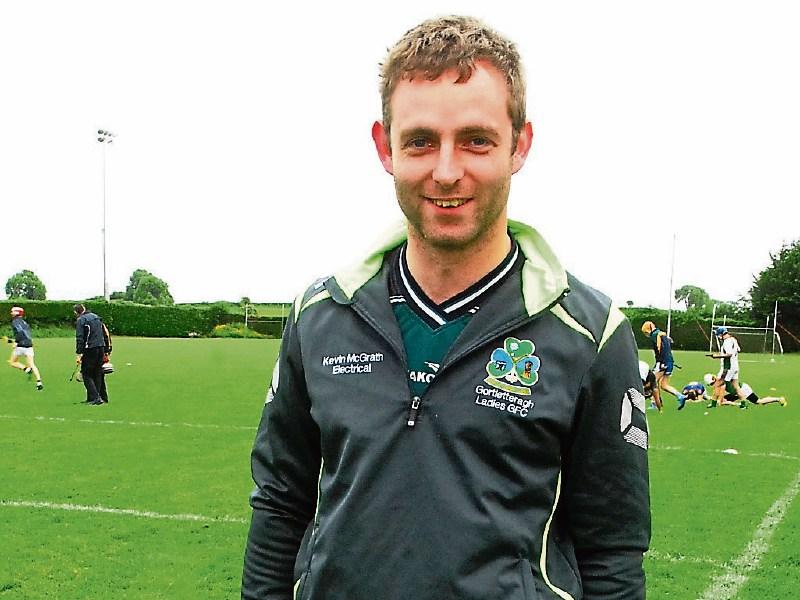 There will be no day-dreaming or getting caught up in the occasion of a National Final in Croke Park next Saturday, according to long serving Gortletteragh hurler Kevin McGrath, for one very simple reason.

Asked enjoying the occasion of the Lory Meagher Cup Final, Kevin simply responds “I suppose you walk around, take everything in but after the first crack of a hurley across the back of the legs, you wake up fairly quickly.

“The way I always look at it is that you enjoy taking the field but once the whistle starts to the whistle finishes, that is game time. If you win, you enjoy it, if you don’t, you look back and see where it went wrong.”

Kevin’s matter of fact attitude is matched by his style of play on the field, a whirling dervish of action who gets stuck in at every opportunity in both hurling and football. But the Gortletteragh clubman professes a love for hurling and the physical nature the game still embodies.

“I started back maybe eight, nine years ago. When I started off, we were playing with Ballinamore and Kevin Glancy was over the county and I got called to come up, at the time I wasn’t even fit to hit it, I could lift and run, mostly what I do now.

“We set up our own club the following year, had a run at it and won a championship and then we lost players, football takes precedence. When you are trying to bring in so many lads, the problem is the footballers we want are first team footballers and in the last couple of years, it just died.

“I enjoyed hurling because the way football has gone, the physicalness has gone out of it, I like to either give a hit or take a hit and get up and get on with it and that is the sort of way I took to it. The fact that I wasn’t really much good at it, I was just too ignorant to give up more than anything.”

And Kevin believes that the Leitrim hurlers have a better chance of appearing in Croke Park than the county football team - “I’m always saying to the boys in the club, they’d be saying about the football and I’d put it out there - we win three games, we get to play in Croke Park.

“As it happens, we’ve won three games, we’re now in Croke Park. You’ve a better chance of playing in Croke Park hurling than with football. Whatever level it is, it is still a national final whatever way you look at it.”

But the main aim for Kevin, and the message coming loud and clear from the Leitrim camp, is to produce a performance capable of upsetting favourites Warwickshire next Saturday - “We’re there now and that is all we wanted and when you get to Croke Park, anything can happen.

“We played a League Final a couple of years ago against Tyrone and lost to a goal the last puc of the game. We got there but the problem was the game was over before we realised how close we got to winning.”