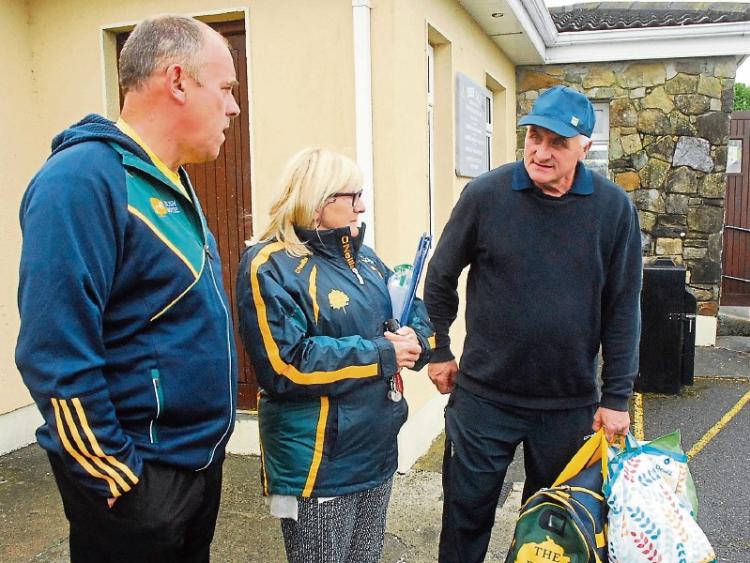 Most managers are circumspect ahead of a big match. Not Martin Cunniffe as the Leitrim Hurling boss baldly states that Leitrim are not coming home until they win the Lory Meagher Cup!

“We don’t fear them at all and we’re going up there to win. There is no point getting to Croke Park and come away defeated. We’re not thinking about defeat, we’re going up to win, that’s the bottom line.

“Go up and win, that is our main aim at this stage. There is no glory in defeat, you have to win at the end of the day.”

Martin believes that Leitrim’s resilience will be key against Warwickshire - “These lads don’t know what defeat is, they keep coming back. That game against Sligo where we ten or 12 points up and Sligo had it back down to a point.

“When we had them in at halftime, we knew we were going to go again and fair play to them, they went out and did it. A date at Croke Park was at stake and it was a very important game for Sligo.

“Sligo have been there for the last few years and didn’t win but in fairness to Sligo, all the calls I’ve got from Sligo wishing us well and the whole lot. And it would be same here if it was Sligo in the final, there is great relations between ourselves and Sligo.”

Yet as much as he wants to win, there is no doubting Martin’s love for the game and his delight at seeing Leitrim reach Croke Park - “It is something you wouldn’t dream about but I suppose if you were only doing it to go to Croke Park, you wouldn’t be doing it.

“We do it for the love of the game, it is the hurling. It is something new, something you wouldn’t dream of. It is great for the older lads, the likes of Vinny McDermott, Kevin McGrath, Kevin O’Connor, Clement, lads who have been through it all over the years for the last ten or 14 years.

“I hope they have a few more years in them to be honest, but it is great to be getting to Croke Park at this stage of their careers. There is a place there in Croke Park if they are good enough to make it and hopefully, it won’t be our first and last time. We expect to be there again.”

And the Carrick clubman has been touched by the response around the county - “Everyone is talking about it and every time you go out, you meet people wishing you luck and all this. And all the phone calls I’m getting wishing us the best of luck. There is great excitement and great excitement among the lads.”