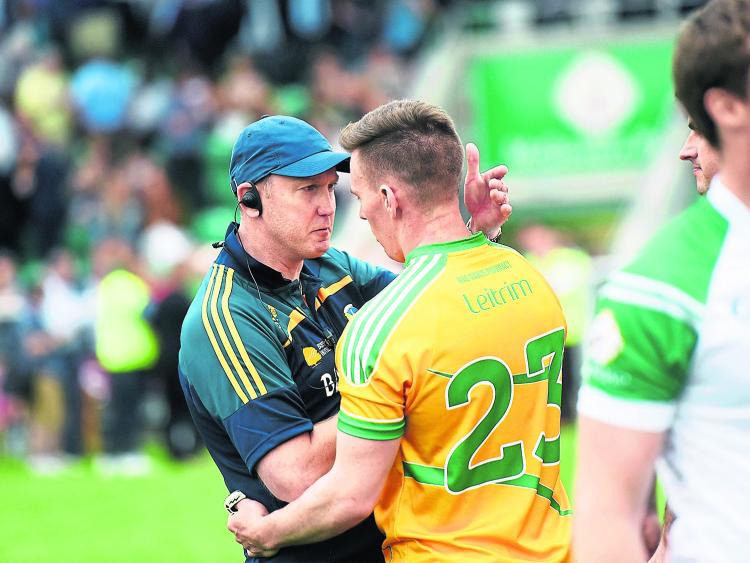 Ronan Kennedy is congratulated by Leitrim manager Brendan Guckian after his decisive contribution in London.

In the build-up to Sunday’s Connacht Championship semi-final between Leitrim and Roscommon much has been said about the youth and inexperience of the Leitrim team. However, if at any stage during the game the Leitrim players are looking for some extra inspiration, they need look no further than the sideline where three key men from 1994 will be issuing instructions to the men in green and gold.

Talking about the influence of manager Brendan Guckian and selectors Seamus Quinn and John O’Mahony, Leitrim’s Ronan Kennedy believes the successes and defeats experienced by the trio will be drawn on by the Leitrim players.

“They’re probably on a bit of a learning curve as well in terms of inter-county management but you can see in the last couple of weeks the pep in the step comes in when championship season comes in,” noted Ronan who was Leitrim’s two-goal hero in the win over London.

“You can see John O’Mahony starting to come into it a bit more, even Michael Moyles the coach, it’s hard to keep him out of drills, he’s mad to get involved. That Championship experience is there and with Seamus Quinn as well, they have been there and done it. They have a lot of bad memories as well as good memories and they are just as important. They want to banish the bad memories as much as the players.

The younger players in the Leitrim team may not have years of experience to draw upon but the know-how on the sideline may well prove crucial for Leitrim.

Since the win over London on May 28 all focus has been on the Roscommon match but as Ronan explained before county training last week, there were club duties to fulfill while he has also been trying to return to full fitness.

Great to get the win yesterday. Delighted for all our young lads especially, 7 u21's played yesterday. Leitrim's future is in safe hands

Individually, I was carrying a bit of a knock going into the (London) game so I have continually been trying to work on that and trying to get myself back to fitness. As a group we took the week off, we had the club games and that was tough on a lot of bodies.

“We are fortunate in Mohill we have good numbers but teams where they haven’t much numbers and are under pressure of relegation it was a bit unfair but we are getting back to normal. We are back and preparing for Roscommon.” 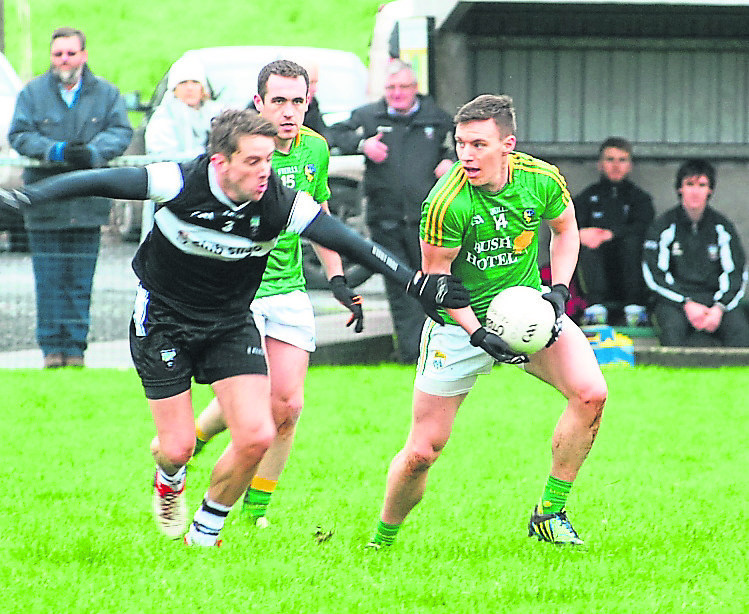 With the London challenge taken care of and club duties attended to, attention is now firmly fixed on the Sunday’s meeting with Roscommon and Ronan believes it could be a day to remember for the Leitrim players and supporters

“There is no fear, we take every bit of information we can on board and try and progress and hopefully it can be that big championship win. You live in hope for those sort of things. I remember being in the Hyde in 2000, I was only a young fella and it was electric. It hasn’t been a happy hunting ground over the years but you forever live in hope for those sort of days and what a day it would be and hopefully will be for these young lads and Leitrim supporters.” 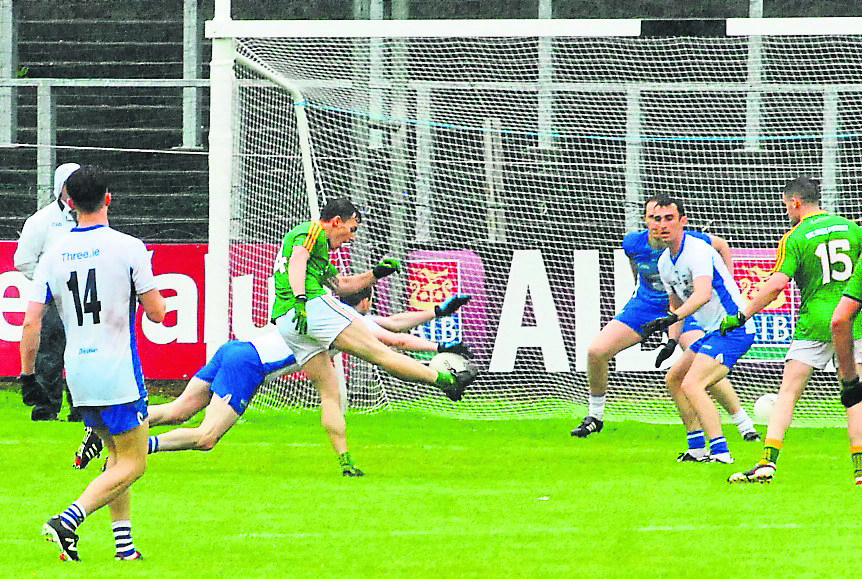 When assessing where could be the decisive area on the pitch from which Leitrim could claim what would for many be an unexpected victory, Ronan pointed to the energy and speed brought to the team by the younger members of this years panel.

“We will be trying to implement a few tactics and gameplans. I think the injection of pace this year has been a big difference, something that Leitrim haven’t had for a few years. We had Paul Brennan and Wayne McKeon on the wings a few years ago, now you have James Rooney and Oisin Madden. As opposed to footballing ability,  the raw pace that they have, you can turn it over and break quickly and that gives a team a great advantage.

“You can see that with Dublin with the likes of James McCarthy and Jack McCaffrey pace is crucial to the modern game. That would be a fairly important area for us, breaking at pace and trying to get the ball to the forwards.”