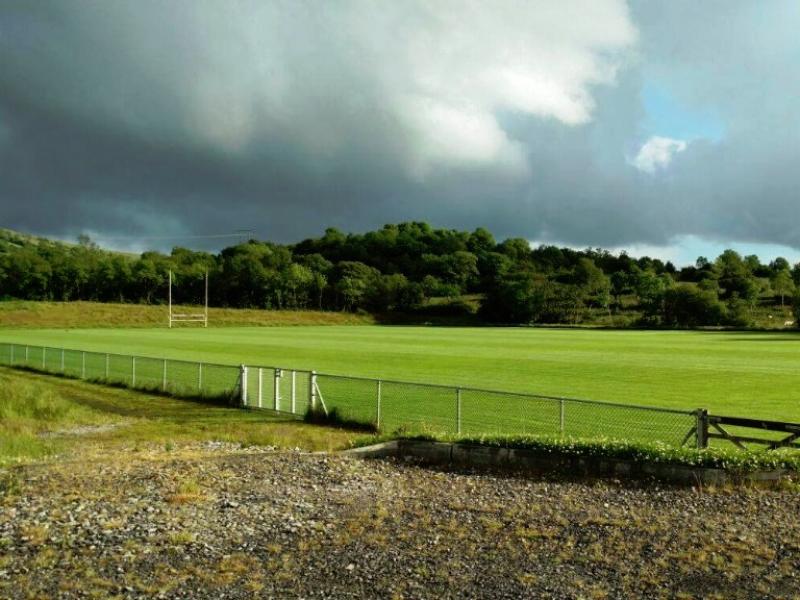 The topsy-turvy nature of the Dunnes Bar All County League continued on Wednesday evening as Melvin Gaels went top of Division One and heavyweights Glencar/Manorhamilton and Mohill fought out a thrilling draw.

Previously high-flying Ballinamore Sean O’Heslin’s suffered a heavy defeat to a St. Mary’s Kiltoghert side who hadn’t set the world alight all year while Fenagh St. Caillin’s gave their survival hopes a huge boost with victory over Allen Gaels.

Glencar/Manorhamilton’s 0-15 apiece draw with Mohill was a significant result, not just for the League table, but for the future of the club as they played their first ever Senior game at the club’s new grounds at Boggaun on the Carrick road outside the town.

The draw lifts Glencar/Manor into third place in the table and sees Mohill surrender top spot in the League after Melvin Gaels’ triumph over reigning County Champions Aughawillan, a 1-10 to 1-8 triumph that leaves Aughawillan marooned in mid-table on six points, closer to the relegation battle than the Final places.

Allen Gaels must be wondering what they have to do to win a game as their tally of 2-13 would have won every other game in the eighth round of League games last Wednesday but Fenagh St. Caillin’s hit six goals to secure a vital three point victory.

With Aughnasheelin having two points to spare over Drumkeerin and Gortletteragh getting back to winning ways with a six point victory over St. Patrick’s Dromahair, Fenagh’s victory lifts them up to ninth place but with a significantly better scoring difference than, in order, Drumkeerin, Dromahair and Allen Gaels.

The only other Division One game on Wednesday night saw St. Mary’s storm to a surprising 2-9 to 0-5 victory over Sean O’Heslin’s, a result that leaves the Ballinamore in fourth place with both teams missing players.

Most of the contest was closely fought but a well worked team move yielded a goal for Brian O’Donnell midway through the second half. O’Heslin’s closed the gap to four points at one stage but a foul on sub O’Donnell led to a successful penalty and a win that leaves the Carrick men almost certainly safe for the year.

In Division 2, Ballinaglera moved back top of the table with an impressive 0-13 to 0-7 win over Annaduff, a result that drops Annaduff back to fourth place in the table while Cloone moved into second place courtesy of a one point win over neighbours Aughavas in a hard fought derby.

Local bragging rights were also on offer in Carrickmakeegan and it was Drumreilly who took the honours with a 1-12 to 0-13 victory over Carrigallen, a result that leaves Drumreilly just two points off the semi-final places and with a game in hand.

The following are the results from Wednesday night’s games: