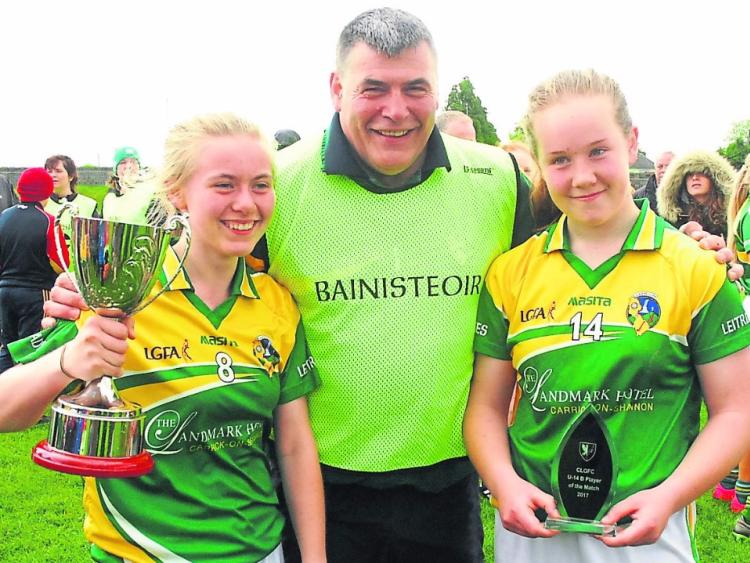 Jerome Quinn pictured with captain Siomha Quinn and Player of the Match Muireann Devaney after Leitrim's victory over Sligo in the Connacht Ladies U14 B Championship Final. Photo by Willie Donnellan

The Leitrim U14 Ladies will be hoping it is a weekend to remember for Leitrim football as they prepare to contest the All-Ireland B Championship Final in Drumlane on Saturday afternoon (throw-in 2pm),
It has already been a rollercoaster year for the Leitrim team who were defeated by an excellent Galway team in the Connacht A Final but bounced back from that setback as they got the better of Sligo in the Connacht B Final before defeating Longford in the All-Ireland semi-final and are now in the final stages of preparation for Saturday's decider against Armagh.

Looking ahead to Saturday's decider Leitrim manager Jerome Quinn is expecting a tight game but believes Leitrim are good enough to emerge victorious.

Jerome was happy to report that “Preparations are going very well. We haven't had any setbacks or injuries.”

When asked if it was hard to lift the spirits of his players after the defeat to Galway in the Connacht A Final in May, Jerome insisted the players were able to take heart from their performance.

“It wasn't hard to get them going again. They proved in the second half of that game how good they are and they wanted to prove a point. In the B semi-final against Longford they played very well.”
Jerome was also able to take encouragement from a recent challenge match against Galway, who themselves are preparing to face Kerry in the All-Ireland 'A' Final.

“We played Galway in a challenge match recently and it was very competitive. They went on to beat Dublin by 6-22 to 3-3 which showed us we were well entitled to looking at winning the 'A' Championship.”

Jerome has been pleased with how training has gone in recent weeks and was quick to pay tribute to his players and their parents.

“Their has been a good turnout at training since then. The parents have made a serious commitment. You get out of football what you put into it and they have improved in every game. They are only kids but they are willing to learn.”

As well as the parents and players Jerome also paid tribute to his assistants saying, “Marian McKeon is a great help and Liz Hardagen-Ward, they arrange everything and never miss a session. I never have to make a phone call.”

Looking ahead to Saturday's final, Jerome is well aware of the threat posed by Armagh but thinks Leitrim are good enough to claim victory - “I looked at Armagh in their semi-final against Limerick. They are quite strong, they bring a typical Armagh passion and they are quite strong around the middle.

“It will be competitive but I think our forwards will be too strong for their backs. We'll be quite confident we can take them but it all depends on the day, whoever wants to die for the cause.”
l Drumlane GAA pitch is in the village of Milltown, Co Cavan and on the R201 road from Killeshandra to Belturbet. 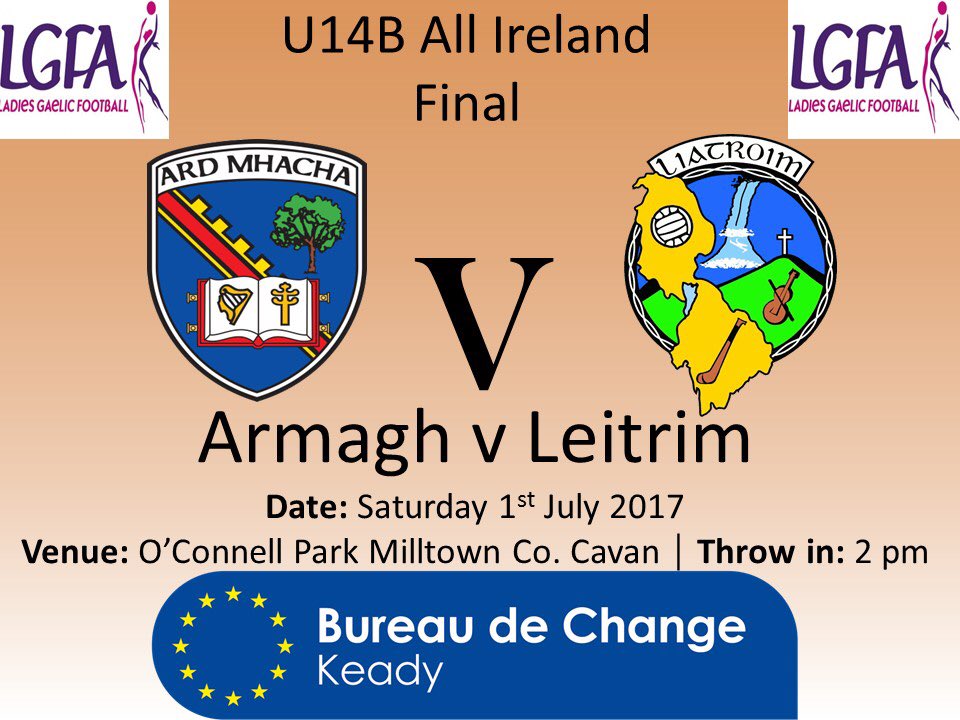