How can Leitrim recover from the talent drain?

The lack of employment, the small population, the decline in standards in club competitions all present challenges for Leitrim county teams 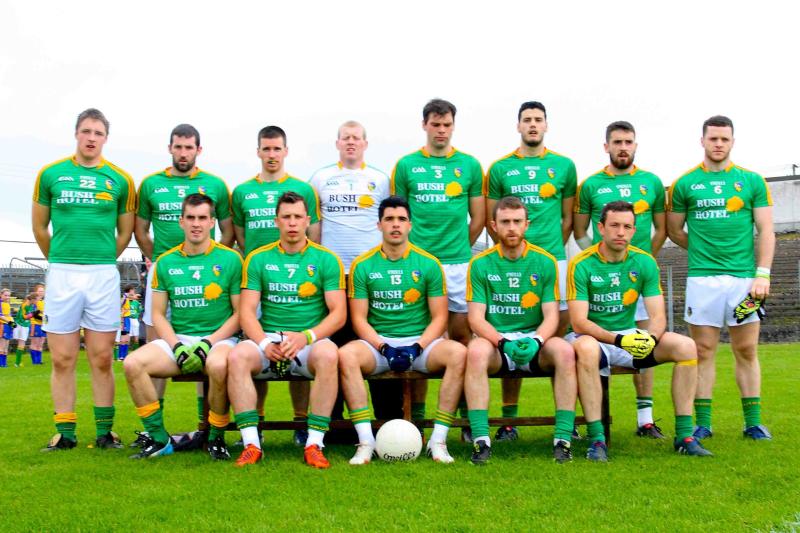 The Leitrim team who lost 1-18 to 0-13 to Roscommon in the 2014 Connacht Senior Championship in Hyde Park. Ten of the starting team three years ago were not involved against Roscommon this year.

Long before the full-time whistle sounded in Hyde Park conversations were being held with regard the merit of a game in which one team emerges such easy victors.

Such was Roscommon’s dominance over Leitrim, the home supporters seemed to be reluctant to engage in too much triumphalism, aware their near neighbours didn’t deserve to be kicked anymore when they were clearly down and the Rossies were equally aware that before the summer is out they too could be on the receiving end of a trouncing.

In the immediate aftermath of the game there was a small degree of national interest as commentators, supporters and pundits expressed the notion that now is the time for change.
Undoubtedly, Leitrim’s level is closer to the Carlows and Wicklows than those operating in the top divisions of the national league but did the Hyde Park hammering tell us much we didn’t already know?

When was the last time a Championship season ended up without severe disappointment?
The heavy defeat dished out by Roscommon follows on from last year’s capitulation against Sligo. In 2015 Galway were widely criticised for the manner in which they performed in Pairc Sean Mac Diarmada but still emerged victorious with eight points to spare. In 2014 Roscommon also had eight points to spare in Pairc Sean while in 2013 Leitrim suffered the ‘embarrassment’ of losing to London after a replay before being annihilated by Armagh.

In that short period of time Barney Breen/George Dugdale, Sean Hagan, Shane Ward and now Brendan Guckian have attempted to change Leitrim’s fortunes for the better.

As well as having four different managerial teams in the past five seasons Leitrim have also used a staggering amount of players in Championship games. In 12 matches from 2013 to the recent game against Roscommon, Leitrim have used a total of 68 different players, a figure that would be much higher if league matches were also counted. Those 12 matches produced just two victories (against Waterford last year and London this year) as well as one draw and nine defeats.

Those 68 players represent 20 of Leitrim’s 24 clubs while additional talent has been brought in from Blacklion, Clonguish, Athy and Lucan.

Given those figures, it would be difficult to argue that successive Leitrim managerial teams have overlooked any outstanding talents within the county.

When Dessie Dolan was manager between 2005 and 2008, Leitrim were regarded as a hard to beat team but the Westmeath man came in for criticism when he pointed to the fact that he only had a limited number of players who were up to the standard required for inter-county championship football. The argument that Dolan made may have offended some, but the core message was correct.
In any given year, Leitrim will always have a limited number of players who are able to compete at the highest level which makes it even more vital to hang on to those who are of such a standard. The list of losses in personnel suffered in recent years would make any county weep.

Kevin Conlan has moved to Cork, Paul Brennan is playing in Donegal, Fergal Clancy is playing in Dublin for Ballyboden and many more have either been unable or unwilling to give the required commitment.

The inability to commit to has become an issue of growing concern in recent years, something Emlyn Mulligan touched on following a traumatic year in 2014 that culminated in a 21 point defeat at the hands of Down.

Reflecting on what he termed a “bit of a joke” of a year, Emlyn told the Leitrim Observer “I don't know if there is that hunger there for boys to play with Leitrim. People are nearly happier to put more into their clubs than their county.”

Three years later is that still the case?

Given that Leitrim’s record in recent years isn’t particularly impressive, why is it that this year’s defeat seems to have struck a chord, with many supporters now saying enough is enough?

The mantra that had been issued for years that on any given day Leitrim could claim their seat at the top table no longer carries the same weight. Supporters, understandably, have become frustrated with uncompetitive contests, especially when it can cost up to €25 per ticket to see a one-sided encounter.

So, what does the future offer for Leitrim?

The obstacles are well documented. The lack of employment, the small population, the decline in standards in club competitions all present challenges for Leitrim county teams but what about the solutions for a county team who generally play 10 games between January and April but just two or three Championship games when the weather and pitches are at their best?

The FBD League and the other pre-season competitions are of little benefit to anyone other than improving fitness before the league commences. While managers no doubt value these games, for supporters the attraction is rapidly diminishing.

Of greater interest to sports fans would be if the secretive approach to pre-championship challenge games was abandoned. If Leitrim were playing on a midweek summer’s evening I have no doubt it would prove to be a more enjoyable occasion for supporters than what is often on view in January. It would also bring a boost to the County Board financially.

A ‘B’ Championship has been tried before but could yet be the future for counties who operate in Divisions 3 and 4. Those against such a proposal may point to the loss of the provincial championships as being far too big a price to pay, but it could be possible to have both.

The Connacht Championship has just seven teams yet takes from May 7 until July 9 to run off. In the meantime, clubs are left in a state of limbo as games are often called off at the whim of a county manager. While waiting for Club championship fixtures to be confirmed, many players head for pastures new and it is hard to blame them but the net result is the same problems will continue to haunt Leitrim.

An alternative would be to follow up on a suggestion a previous Leitrim manager made when asked about a B Championship. Shane Ward felt that fixing the calendar of events is of far greater importance - “I think you could start looking at the GAA calendar for starters and giving these players the best chance to prepare for league and championship,” Shane said in January 2016.

Ultimately the answers and the power lie with the clubs and the GAA members. If you are unhappy with the structures, voice your concerns at your next club meeting and have those concerns raised at county board level.