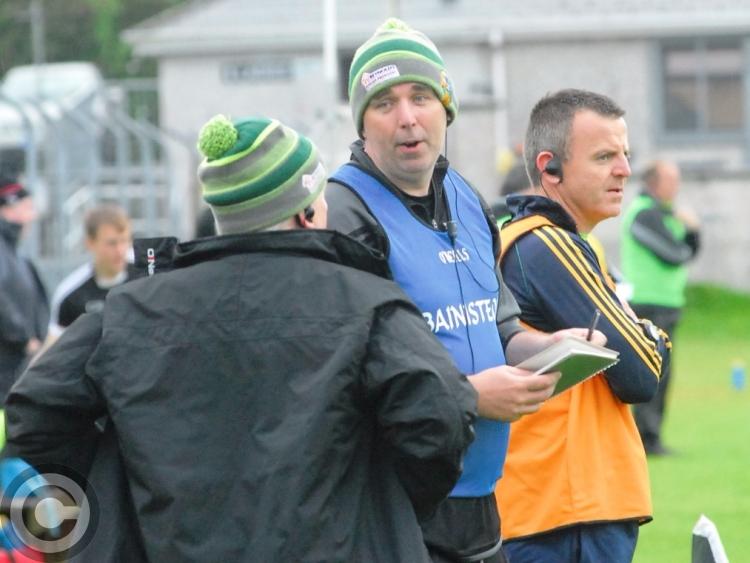 Leitrim lost 3-12 to 3-7 in Markievicz Park on Wednesday evening and Martin took issue with the match preview in the Leitrim Observer and criticised, both to the Observer and to local radio, what he believed were negative reports after the U17 team loss to Roscommon.

Martin made reference to the paragraph "The Markievicz Park tie (7.30 throw-in) would usually see Leitrim full of confidence but with the introspection that followed the heavy losses at Senior & U17 level in Hyde Park, the mood ahead of tonight's semi-final is quite low-key."

After commenting that poor finishing had cost Leitrim dearly against Sligo, Martin was asked if that was down to a lack of ability or a lack of confidence - “I would absolutely refute that it is a lack of ability, there is loads of ability in the footballers in Leitrim. There is a little bit of self-belief.

“I see negativity and I don’t mean to be overly critical John but the reports in the Observer, the piece in the Observer today said on the back of hammerings for the Seniors and U17s in Hyde Park. I mean I didn’t think we were that far away from Roscommon to be honest with you.

“There today, we dominated large parts of that game but could not just finish it off. We had chances there is the second half, we took three or four very wild shots, fellas coming through and just not showing the composure and that comes down to confidence.”

Expanding his theme, Martin stressed that the entire county had to get behind Leitrim teams - “That emanates from the whole way around the county, everybody has a responsibility to get behind a county team - it is not just down to management or club teams trying to instill a bit of confidence.

“Any amount of them between the U17 team and the U18 team, I would expect to see another seven or eight of them in the next four or five years lining out with the Leitrim Seniors.”

And the Leitrim manager believes that outside influences can affect young players greatly - “Outside influences definitely have a bearing on young fellas, if you’re hearing the same negative thing the whole time, it seeps into your brain whether you like it not and I just think there is just not enough positivity around these young fellas.

“I will stand up and say that I’m very proud of every one of them, I thought they battled to the very end, I was very proud of the way they came out there today, it would have been very easy for them to say we’re missing this fella and that fella and put their heads down and come out here and fulfill the fixture.

“But we never had any intention of doing that today, we decided we wanted to come out here and get to a Connacht Final and I know Galway narrowly beat Roscommon and I don’t think that Galway are as good as people think they are and I think Sligo could cause Galway lots of problems in the Connacht Final.

“I know certainly we would have had a plan for Galway had we got to the Connacht Final. That’s the way I think, it is not in my nature to be negative and I won’t be negative around the players.

“I just think we need to get more people encouraging these young fellas to line out for Leitrim and to give it their all. I wasn’t just throwing that at you John, it was the whole thing around the whole county, coming from within.”