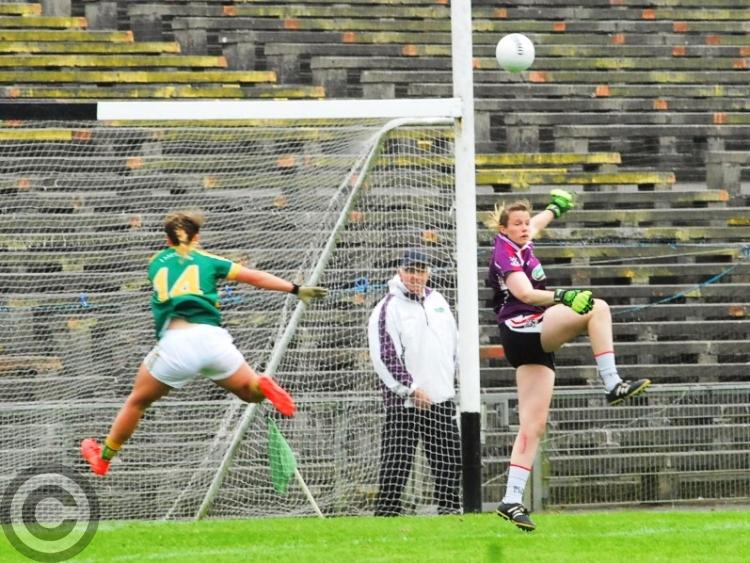 We expected a battle and we got one in Elvery's McHale Park but unfortunately, it was Sligo who prevailed with a strong finish in the TG4 Connacht Intermediate Final last Sunday.

In an eerily similar pattern of play to the Minor Men's  Connacht Semi-Final exit to Sligo last Wednesday, the Ladies battled with incredible heart and resilience but it was the Yeats county who again had the finishing kick down the home straight.

With the sides level at 2-11 apiece midway through the second half, Sligo pounced for a third goal and then added four more points to just two from the Green & Gold who were again left cursing an inability to make the most of the goal chances they created.

Leitrim had three shots in the final five minutes denied by the keeper, a defender and the woodwork as they desperately tried to rescue the game that had got away from them as Sligo turned up the heat in the second half.

In truth, there wasn't a hell of a lot between these two teams but Sligo's unsung heroes like Elaine O'Reilly, Ciara Gorman and Laura Ann Laffey proved to be the match winners in an intense battle.

Sligo started off impressively, Stephanie O’Reilly pointing after just 15 seconds from 35 yards while Michelle Guckian was forced to make a good save from Aine Gormley on two minutes, diving low to push the ball clear.

Leitrim had wides from Aine Tighe and Laura O’Dowd but Sligo’s onslaught continued and a low ball into Denise McGrath saw her turn Roisin McHugh and run in to fire low to the Leitrim net on just four minutes.

That goal seemed to wake Leitrim up and a quick long kickout from Guckian ended up with a ball to Aine Tighe in space, only one outcome as she raced through one-on-one with Noelle Gormley.

Michelle Heslin scored a lovely point from the corner but Sarah Reynolds replied to edge them back in front before Ciara Gorman (free) and Michelle Heslin, from distance, swapped points.

Stephanie O’Reilly should have goaled when a high ball broke the full-forward with Roisin McHugh getting away with a pull that might have prevented the score while Deirdre Ward had a bad wide when a goal appeared on the cards.

A goal did come, unfortunately for Sligo as good work from Ciara Gorman set up O’Reilly for a good goal but again, Leitrim responded well with Clancy and Aine Tighe both pointing within a minute before Laura Ann Laffey saw her shot sneak inside the post.

Aine Tighe fired the ball across the face of goal, Michelle Heslin notching her third of the half when the ball was worked back out to her.

Sligo surged clear  with points from Lauren Boles and Emma Kevaney but it was Leitrim who finished the half strongly with points from Clancy, Tighe & Laura O’Dowd that left the halftime score at 2-6 to 1-8 in favour of Sligo.

Sligo would have the wind at their backs in the second half but it was Leitrim who opened the scoring, a good pass from sub Anna Conlan set up Aine Tighe for a point but Sligo regained the lead when a kickout went too long and Aine Gormley ran in to score on three minutes.

Sligo captain Noelle Gormley made a great save to deny Michelle Heslin a goal on 11 minutes but Leitrim didn’t have long to wait, a long ball to Heslin seeing her set up Aine Tighe who spun her marker and blasted home from close range on 12 minutes.

Leitrim were now a point ahead but when Michelle Guckian was caught in possession and Clare Owens penalised for a foul, Gorman tied up the scores from the resulting free before Sligo took control of the game once more.

Sligo sub Elaine O’Reilly pounced on a wayward kickout, a quick ball in saw Sligo get a bit of luck when the ball bounced off a Leitrim player but it found its way to Denise McGrath who powered home a second goal.

Leitrim were stunned and Sligo powered on, Laffey scoring a great long range point before Roisin McHugh chipped a nice point with less than nine minutes to go. Both teams missed good chances before Elaine O’Reilly pointed after a turnover with five minutes of normal time remaining.

O’Reilly was proving deadly for Sligo as a wayward Guckian clearance ended in Sligo hands and over the bar.

Sligo had their own let-off when Ailbhe Clancy unleashed a thunderbolt, Noelle Gormley getting a hand to divert the ball onto the crossbar, Sligo clearing the ball down the field to where Ciara Gorman applied the killer blow with the Sligo team’s last score.

Leitrim refused to give up but Gormley intercepted a ball across the Leitrim goal as Ailbhe Clancy was ready to pounce, the ball falling to Michelle Heslin but her shot hit the outside of the post before going wide.

Emma Guckian pointed in added time, an excellent score from long range, to cut the gap to five points.

Leitrim kept coming and Clancy drove a low shot at the Sligo goal but centre-forward Stephanie O’Reilly turned keeper as she dived to block the shot ahead of Noelle Gormley. 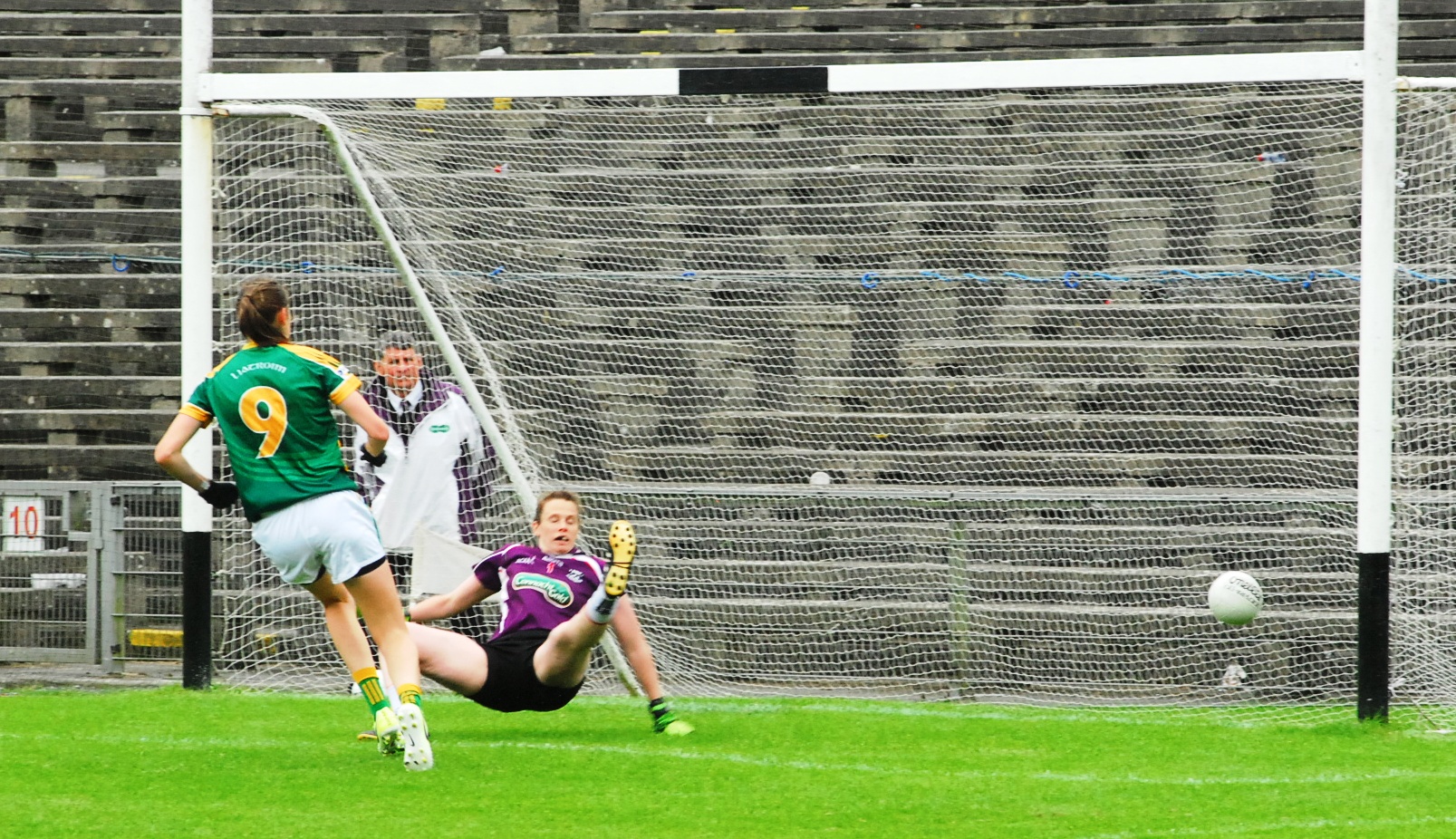 Aine Tighe watches as the ball hits the net past a helpless Noelle Gormley. Photo by Willie Donnellan

Main Woman: Aine Tighe was the key figure but Leitrim used her to fill too many holes and didn't see her true best. Michelle Heslin was immense in the first half while Clare Owens, Melissa Hewitt, Emma Guckian, Ailbhe Clancy and sub Anna Conlan all made big contributions.

Talking Point: In the eternal battle between these two teams, Sligo look to have the upper hand now and Leitrim are definitely missing players likes Eilish O'Dowd, Roisin Fowley, Dearbhaile Beirne and Lorraine Brennan even if the return of Anna Conlan is something of a major boost.

Turning Point: Hard to pick one in a game that had so many twists but Denise McGrath's second goal gave Sligo the impetus to charge on for victory.

Ref Watch: Garryowen McMahon officiated the earlier meeting of these two teams and got a bit of criticism from the Leitrim end. He didn't do Leitrim any harm here, quite the opposite but he did let an awful lot of heavy challenges go, from both sides, and two Leitrim players could have seen yellow.

Highlight: Aine Tighe's two goals were real statements of what Leitrim can do when they supply their ace-markswoman. Never a doubt when she got the ball in those positions.

Lowlight: The last ten minutes will worry manager Philip Brady as Leitrim faded from the game. They did have a few late goal chances but the damage was done by then. 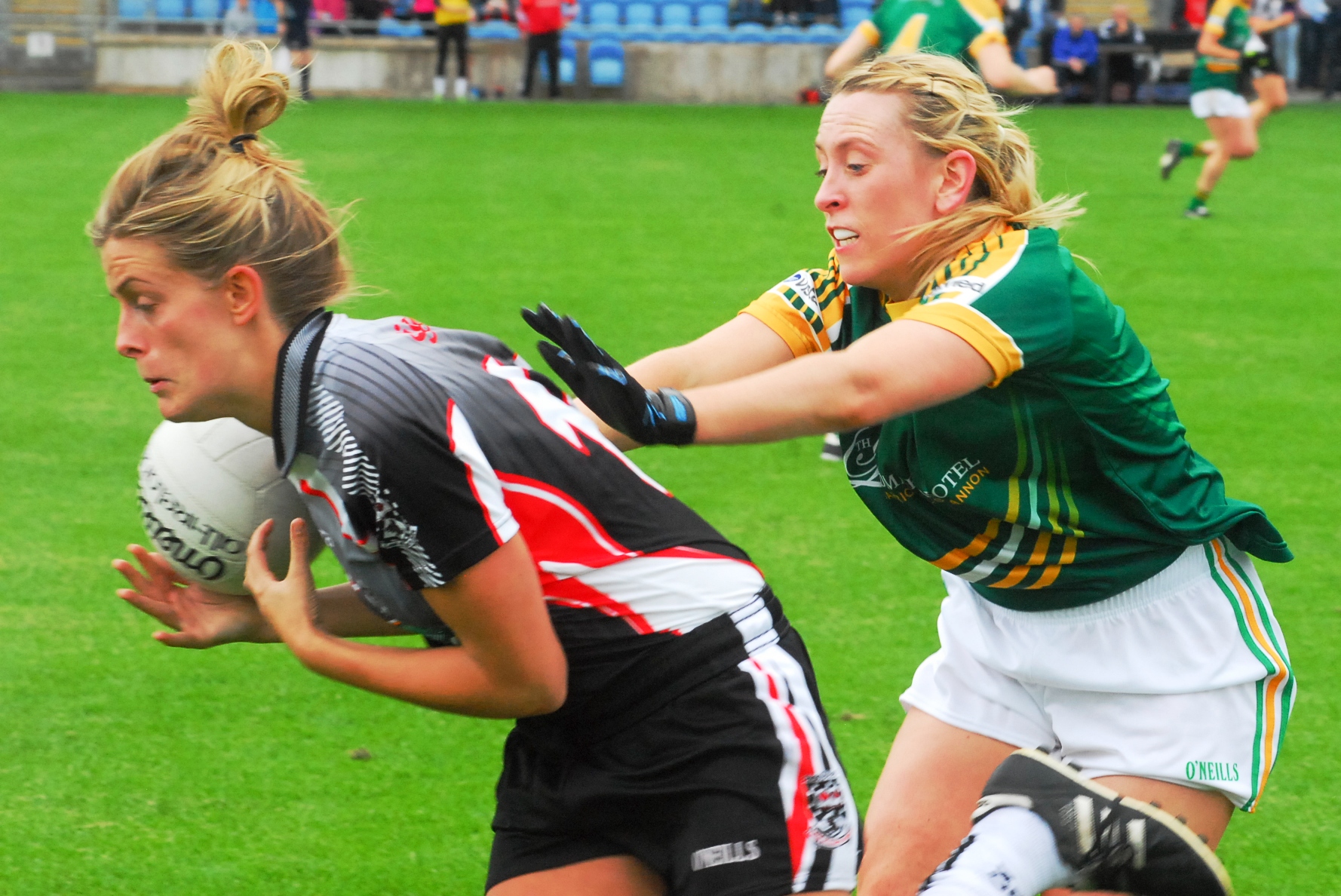