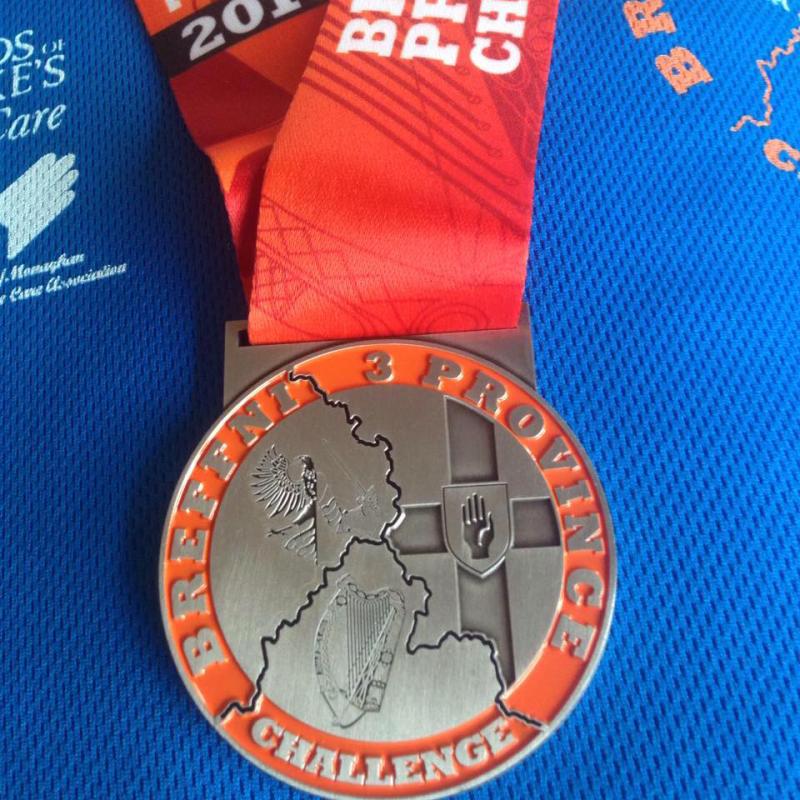 Fancy a personal tour of three provinces, three counties, boreens and drumlins, lakes and rivers, for fun and fitness, in great company and taking part in the fight against cancer?

The Breffni 3 Province Challenge takes to the highways and byways of Leitrim, Cavan and Longford this August Bank Holiday weekend on Saturday, August 5. The event caters to all levels of fitness and speeds with walking, running and cycling challenges from 5k to 100k routes.

Running now for 16 years, the Challenge has raised nearly €1 million for cancer research and treatment, mainly for St Lukes in Dublin. The organisers aim to have 700-800 participants who can look forward to a very enjoyable day out in Arvagh centred on the finish line at the market square.

The Breffni 3 Province Challenge has 5k and 10k routes, together with an AAI approved half-marathon (21k) route. For the cyclists, two routes of 25k, and a more challenging 100k from Arva through Carrigallen, Mohill, Drumlish, Granard and Gowna returning to Arva, completes the challenges.

There is also a team event for the athletes where teams of between three and six people can take part in the half-marathon to compete for the Breffni 3 Province Challenge Team Trophy, sponsored by the Breffni Arms Hotel. The top three times for each team will be used and the overall winners in the male and female categories will not be included to widen a team’s chance of winning.

Event co-ordinator Carol McEnerney says, “You don't have to be a super fit athlete to take part in the team event. We welcome everyone from GAA Clubs, walking groups, fitness clubs or running novices! The top three times from each team will give us an average score for that team and winners will be announced at the finish line ceremony.”

All the participants will receive a beautiful t-shirt and custom designed medal and will be treated to live music, great food and a Welcome Home Party in the Market Square. Evening dinner is served in the Breffni Arms Hotel, at a special rate for everyone, and is followed by live music late into the night!

There is online registration available right up to the event date with a link available at www.breffni3provincechallenge.com. Registration will be available in the Breffni Arms Hotel, Arva from 7-9pm on Friday 4th August and in St Patrick’s Hall on the Saturday morning of the event from 09:00 – 13.30.

The Breffni 3 Province Challenge will also be part of Arva’s 3 Province Festival which will begin a week earlier with the ever popular Arva Show on its 60th anniversary on Sunday 30th July 2017.

Sponsorship cards are available from local businesses. More information and maps available at www.breffni3provincechallenge.com and on Facebook.