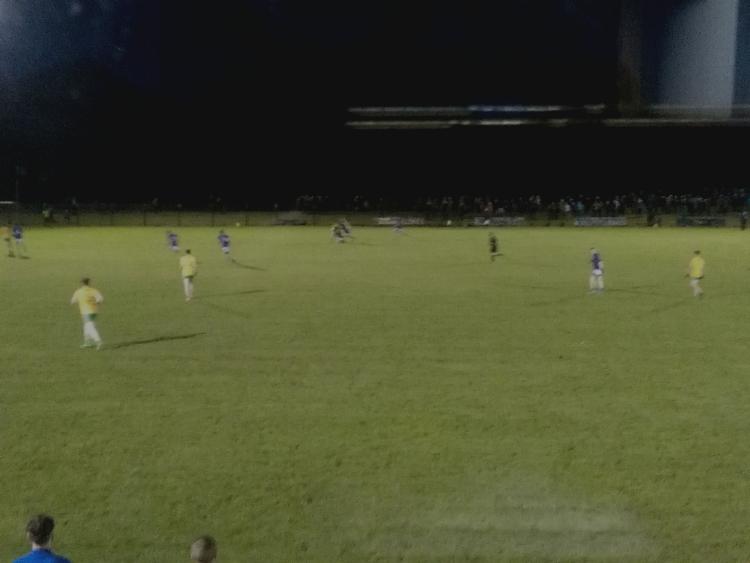 Ballinamore raced into a 1-4 to no score lead with the game's opening goal arriving courtesy of Niall McGovern who fired a low, powerful shot past Colin Maguire in the 11th minute.

As the half progressed Ballinamore's dominance became even greater with Dean McGovern and Shane Moran both superb in the midfield area.

Ballinamore's second goal, scored by Paddy Connaughton in the 26th minute increased their lead nine points and two further points before the interval meant they led 2-8 to 0-3 at the interval.

Aughawillan knew an improved performance was the bare minimum they required after the break and to their credit they were a much improved outfit after the break. The dominance that Ballinamore enjoyed in the middle sector during the opening 30 minutes was curtailed significantly with Sean Quinn very much to the fore for Aughawillan.

Six Aughawillan points at the start of the second half were met with only a solitary Ballinamore point and with a quarter of the game remaining there was a sense of anticipation and hope growing among the Aughawillan supporters.

However, the game was effectively ended as a contest when Keelan McHugh scored Ballinamore's third goal from close range.

That score all but ended the game as a contest but there was still time for some impressive points, none more so than that scored by Wayne McKeon in injury time.

With three wins from their opening three games Ballinamore have proved they have the potential to trouble any side in the county while for Aughawillan they will be hoping to get back to winning ways in their remaining group games against Melvin Gaels and Gortletteragh.

See next Wednesday's Leitrim Observer for a full match report from tonight's game as well as the other championship games that will be played this weekend.