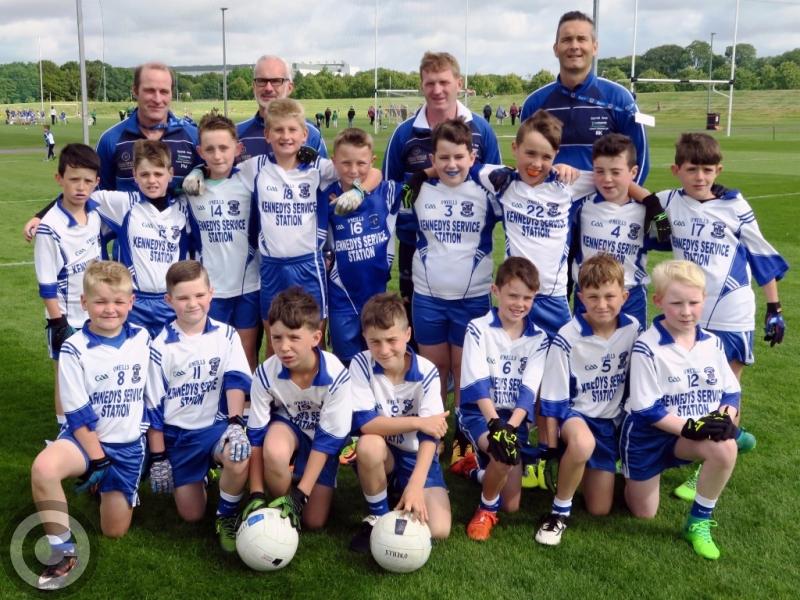 Carrick-on-Shannon Area's victory in the U10 Gaelic Football at the Aldi National Community Games Finals led to great celebrations and inspired Patricia Guckian to poetry as she wrote "A Victory Voyage" to mark the famous victory!

Part A - "A Victory Voyage" written after they clenched a Connacht title; Part B - "Mission Accomplished" written following an awe-inspiring All-Ireland victory.

It all started in Pairc Naomh Mhuire some many months ago,

A lot of hard effort and trials galore,

Each of these 16 boys made the community games team,

They were the lads that Barry, Peter, Benny and Fergal knew could bring home the dream

A trio of clubs - St Mary's, Annaduff and Leitrim Gaels,

They clicked from the start,

And boy was there wind in their sails

Drumshanbo area was their first port of call,

They took them on without a flaw or a fall!

The county final was a tough task,

But we broke their hearts and our lads ploughed proudly on!

We were on the road at the crack of dawn,

A Connacht semi-final against Oranmore was on!

The Galwegians undoubtedly fancied their chances,

But our lads weren't long putting the smile on the other side of their faces!

Breaffy came out in the Connacht final,

A huge task for our young men,

They fought so hard, they battled and dug deep,

They excelled as usual and continued their winning streak.

They wanted that cup more than anything in the world,

And as that final whistle went,

The proud mammies and daddies jumped every fence!

Cheering and celebrating we could be heard far and near,

And on into Castlebar for the real cheer

Super mammy Pauline with her iPad to record,

She has all the proof there,

Of a day in Mayo,

When Leitrim made the rest of Connacht glare! 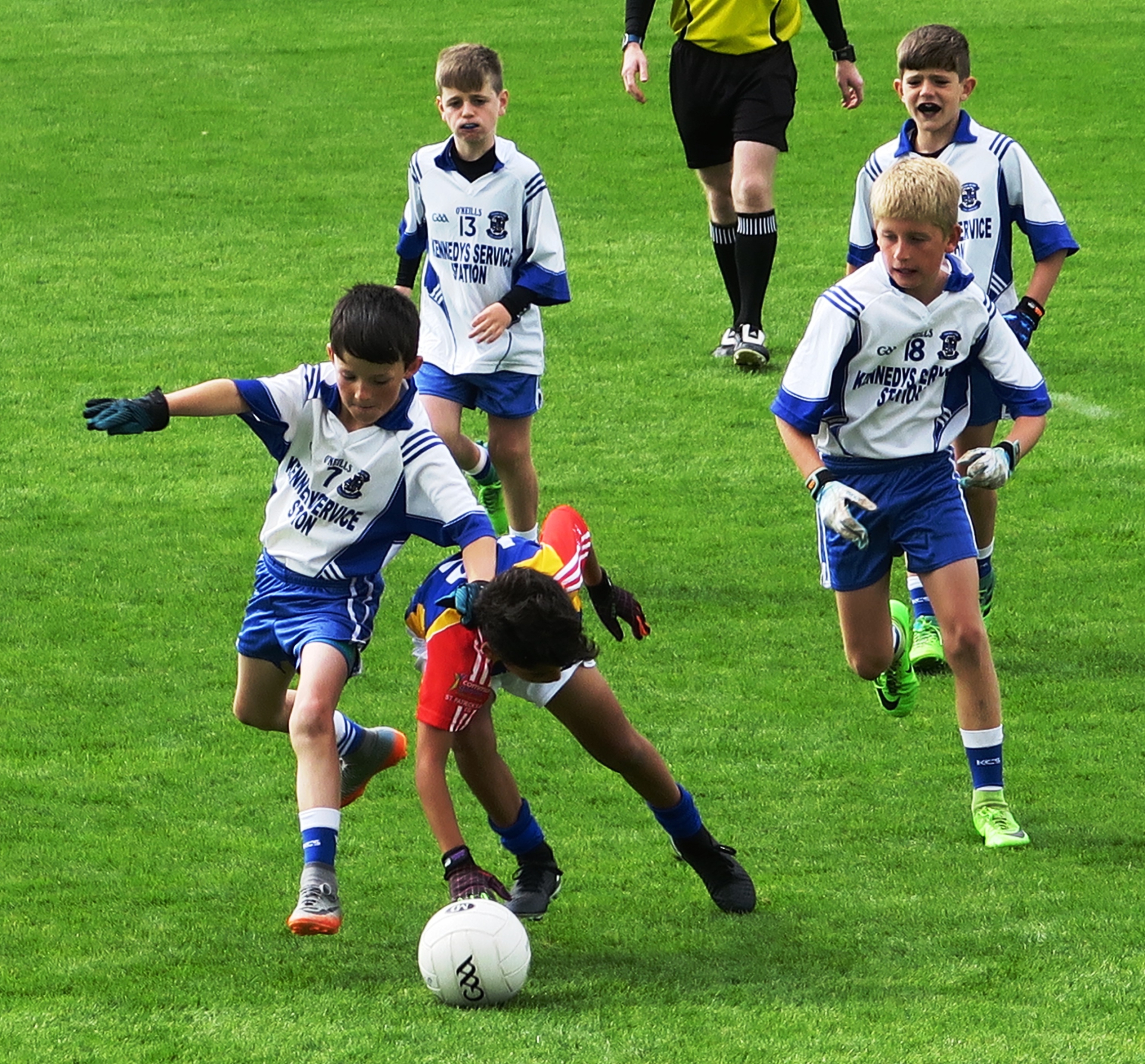 So here we go boys one week to go,

We have the Connacht cup but we still have to put up another show!

We know each of you will take Abbottstown by storm!

Mammies and daddies, family and friends,

Will throng behind our little hero U-10's.

We are proud as punch,

We are nerves from head to toe,

But each of us know what Saturday week can potentially bestow.....

With Scott in the goals,

Nothing gets by his goalkeeper stance,

With his level of talent he can transform into a forward at a glance.

Nothing easy passes their sight,

They can tackle, kick and block,

And stop any forward line in the country from creating a shock!

Yer clubs and families will be there frantically waving their blue and white flags!!

Ye are capable of preventing scores from any team in the country.

Such a talented bunch each and every one of you are,

Keeping feeding our forward line with balls to be kicked over from near and far!

And leave it to our forwards,

They appear out of nowhere and skin the backline out of sight!

Yer a little station of speed and power adorned.

Run at that defence,

Do what ye can do so well,

Fire over and under shots,

That'll make each and every supporter yell!!

The final 4 boys due a mention without a doubt,

Are the more senior men involved right throughout this plight,

Yer hard work and dedication right from the start,

Has turned these young lads into heroes who want nothing more than to bring home that coveted national cup to Leitrim next Sat!!

The whole of Leitrim is behind us next week,

As we represent Connacht it's no mean feat,

Each and every parent is as proud as could be, 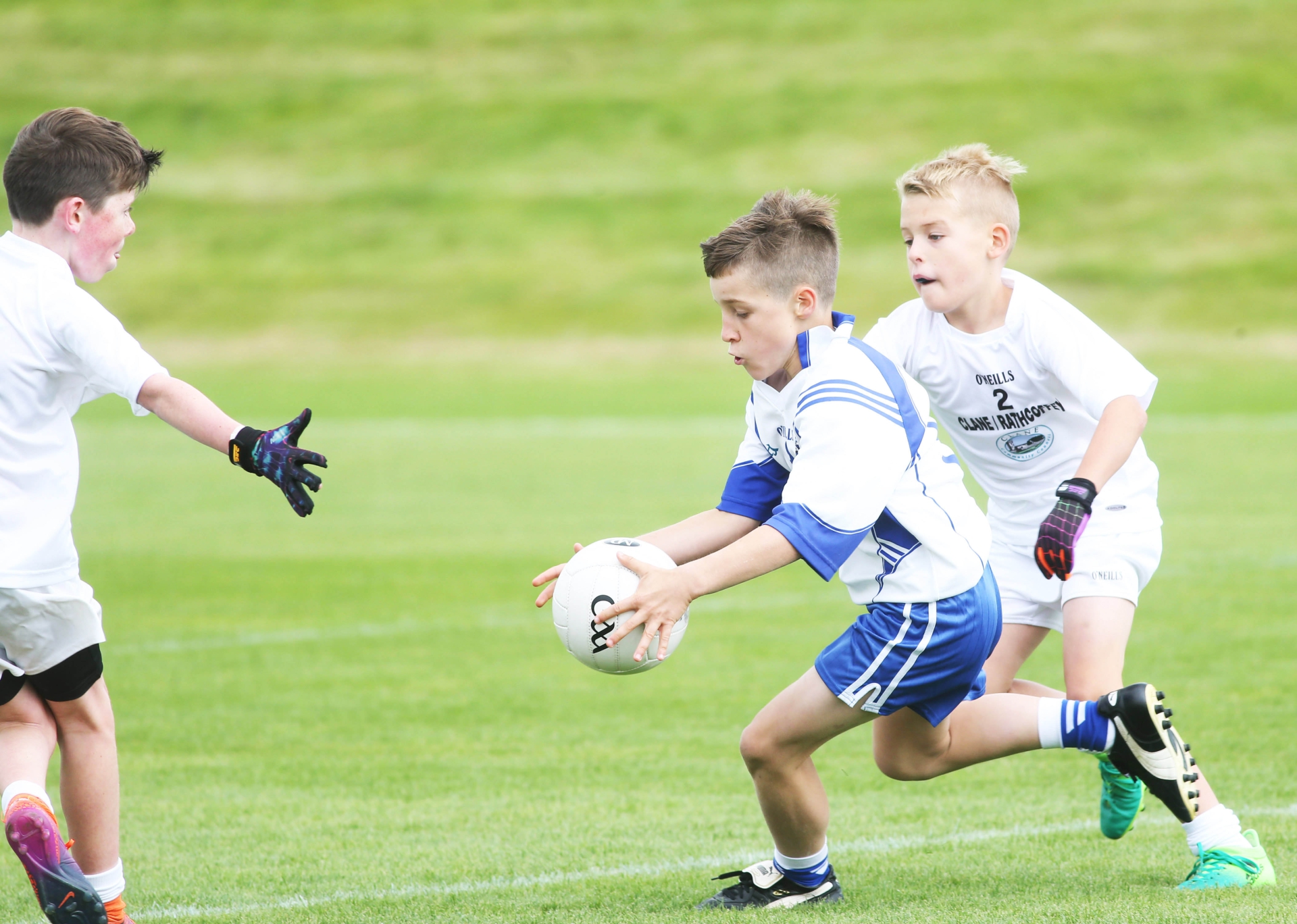 August 19th came as quickly as could be,

The coaches told the boys see ye in the dressing room at 10:30!

Early on the road, some had gone the night before,

Everyone assembled quietly with a mixture of excitement and nerves galore!

The first All-Ireland semi was on,

Our boys relaxed outside for a while,

We wished them a final farewell and into the dressing room with the 4 men they went,

That was the last we saw of our sons until onto the pitch they were sent!

With guns blazing and fire in their bellies,

No Kildare setup were going to ruin these young Leitrim fellas!

It was neck and neck from the word go,

But the team with the unbelievable heart and determination onward proved they would go.

After all the cheering and celebrating,

The mentors brought the boys inside,

They needed to settle and focus,

Before the biggest game of their lives.

A slight delay left it nearer to 3!!

Our young lads appeared out on the pitch rearing to go,

Nothing was going to get in the way of their victory you know!

As parents on the sideline we pondered,

We worried and we hoped,

We prayed to God almighty,

That after this 40 minutes our boys would bring home the gold!

Not a prayer did they need,

Not a shout or a roar,

All the preparation was already put to bed,

These 16 young heroes had it sussed in their own little heads.

The third quarter as usual was our one to shine,

While the fourth was a more nail biting affair,

Our lads never gave up and fairly let the Cavan men know,

Where this All-Ireland title was getting a hard-earned and deserved home!

The final whistle was looming,

We stressed and we screamed.

A one point deficit we all knew,

With the game entering its final minutes we needed some magic fuel!

That feeling of relief or for some unbearable anxiety,

When the refs whistle blew,

Awarding us a penalty.

The final kick of the game,

This was our only chance,

It had to be buried or Cavan were the champs!

Peter stood up confident and composed,

It was unreal to watch for a young 9 year old.

He waited for the nod from the ref to go ahead

And boy did he bury that ball in the back of the net!

The crowd were uncontrollable,

They called us the lunatics from the West!

We couldn't believe our eyes,

The final whistle had sounded,

And Carrick area under- 10's had achieved the ultimate prize!!!!

We engulfed the pitch within seconds,

Every parent grabbed their boy and squeezed him tight,

It was the proudest moment for us all,

To own an All-Ireland champion at the end of such a rigorous plight.

Tears rolled down many cheeks,

The reality hadn't even hit home,

It was still a dream waiting to peak!

Next in line was the presentation,

That cup we had yearned for.

When Peter rose it high into the air all hands were on deck,

And each player was adorned with a gold medal around their neck!

The scenes of celebrations in Drumsna, Leitrim and Carrick were in array.

Our boys walked down Main Street in Carrick-on-Shannon singing their victory chant,

As Sean Mc goldrick over the microphone welcomed home the newly crowned all Ireland champs!!

The hours ye put in over the past 4 months were just phenomenal,

Each one of you walk around forever with a beaming smile,

It doesn't get any better than being the best footballing team on the Emerald Isle! 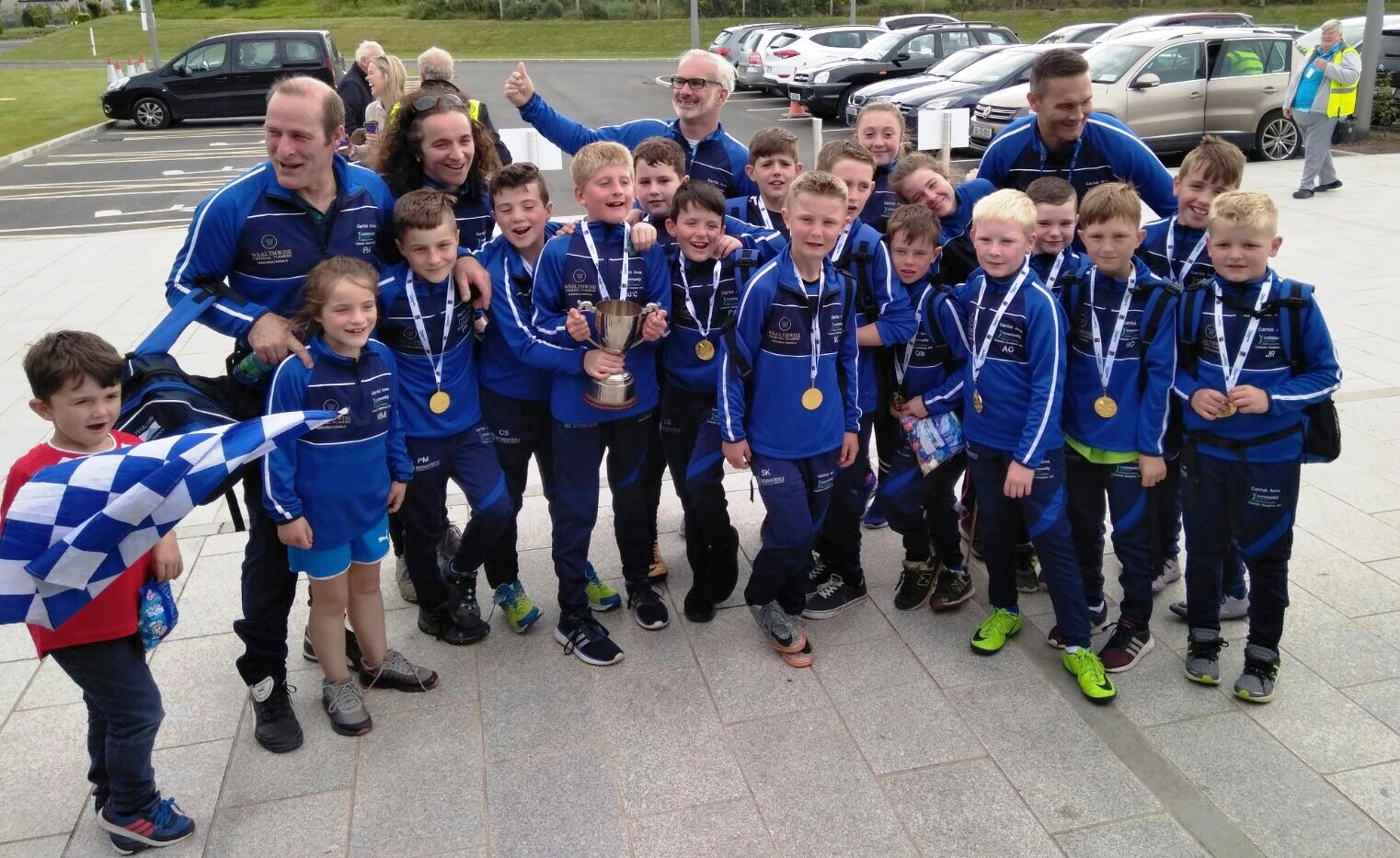