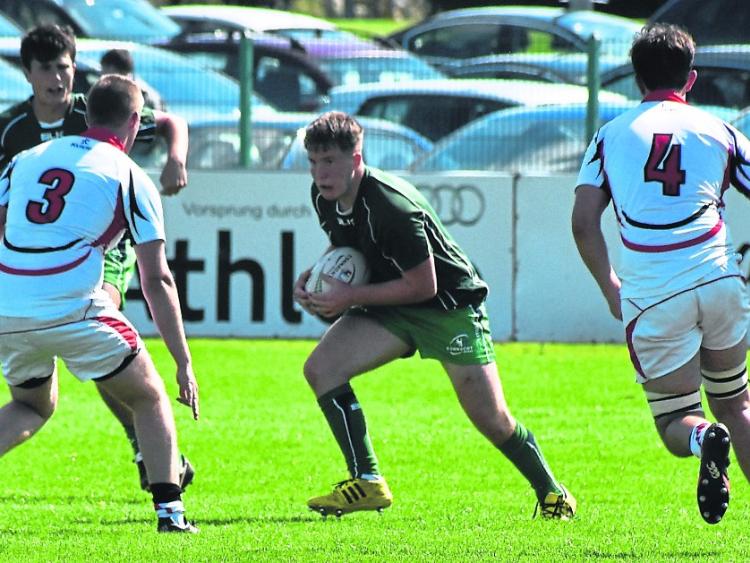 The Leitrim player scored the first try of the game in a 10-0 victory over the northerners. It was a good run out for the western province’s development squad. The second try of the game was scored by Galwegian's centre Jack Power. Immediately prior to the Ulster game, Connacht had beaten a Munster side 13-0.

The 35 strong panel have been working all summer in weekly camps every Monday and Tuesday, based in Galway with the best of the U17 players from across the schools and clubs in the province involved.

Connacht now face Munster Schools in the University of Limerick on Thursday in their last fixture of the summer ahead of hosting South African opposition in October and touring England early next year.
From Leitrim Village, Earley is Leitrim’s only representative in the squad and captained both his club’s U16 and Sligo Grammar School's junior cup teams last season.

Matthew, who lines out for Leitrim Gaels, is a member of both the Leitrim U16 & U17 Gaelic Football squads for this year preparing for the Fr. Manning and Ted Webb Cups in the coming weeks.

Carrick-on-Shannon RFC Youths
Pre-season training for the new rugby season commences this Sunday September 27, at 10.30 pm at the Club Grounds just off the Castlecarra Road.

Youths rugby covers those players born from 2001 (U17) through to 2005 (U13) and new members are welcome to participate and learn and develop Rugby skills.

Players who previously participated at Minis (U.12) and Youths level are also welcome.

For further details you can telephone or text message Donal Woods, Youths Co-Ordinator at 087-2803499 (evenings only please).