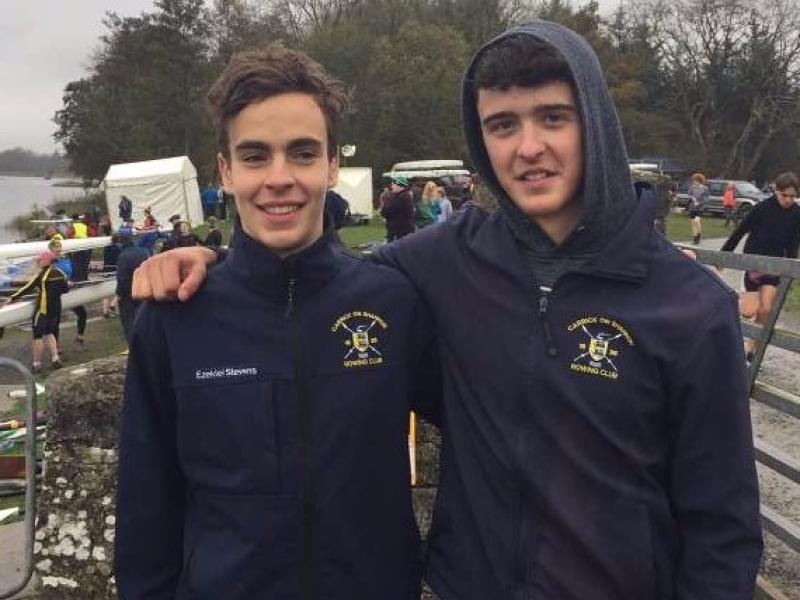 Carrick RC's Ezekiel Stevens and Jack McMahon who won the Men’s J18 Doubles at the Castleconnell Head of the River which was held on October 28.

Carrick on Shannon rowing club attended the Castleconnell head of the river on Saturday the 28th of October.
It proved to be an early start for the rowers as the first race was at 9am.

The club participated in a wide variety of events - single sculls,double sculls and quads,within the age ranges from 14-18 year olds.

It was a great day for the doubles as Jack McMahon and Ezekiel Stevens won the mens J18 doubles.

All crews improved immensely since their last outing,and in particular Gwen O’Rourke who missed out on first place in the women’s J14 by only two seconds.

The women’s J14 quads also did very well, with our A quad coming second in their category.

Planning is already underway for the Head of the Shannon which is taking place at the start of December.