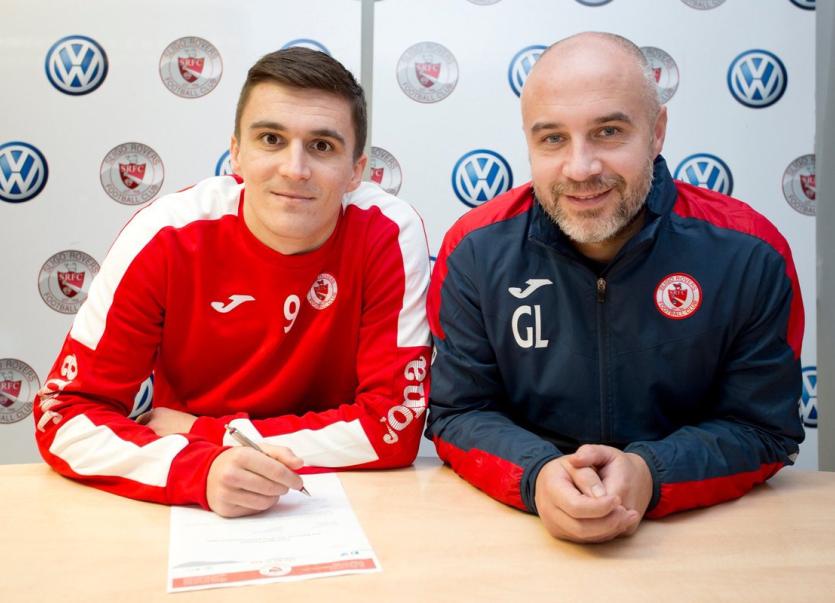 The news that Sligo Rovers have secured the signing of former Liverpool forward Adam Morgan for the upcoming 2018 SSE Airtricirty League season has generated plenty of excitement among League of Ireland followers.

Morgan appeared three times for Liverpool under Brendan Rodgers in the Europa League in the 2012/13 season but since then has endured a difficult time as he moved from Liverpool to Yeovil Town before spells with Rotherham, Accrington Stanley, St Johnstone and most recently with Halifax Town.

SIGNING: A new number 9 arrived at The Showgrounds today. And what a signing it is. Welcome @AMorgan94 to the #bitored #MorganSigns pic.twitter.com/sBvD1j67QQ

Commenting on his move to Sligo Rovers Morgan revealed he has been in contact with Rovers for a period of time as he is good friends with midfielder Criag Roddan who also came through the Liverpool academy and has been impressed by the manner in which team manager Gerard Lyttle sold the club to him.

"I’m really happy to be here. The move has been on the cards for a while now. It’s the manager that has convinced me to come.

"I knew there was interest from Sligo and Craig Roddan who is a friend of mine had been speaking to me about possibly come here when it emerged.

“But Gerard was so keen to get me over and it sealed it for me to move. I really like the way he speaks about football and the passion he has for the game. You can tell he is just a really nice man as well and that he wants to be successful with Sligo.

“I made my name scoring goals. That’s what I’m here to do. I feel fit and sharp and I’m looking forward to the pre-season matches.

Now look forward to a new chapter at @sligorovers hopefully be a successful time for myself and the club can't wait to get started ⚽️ pic.twitter.com/zl6YSKcsto

Manager Gerard Lyttle hailed the signing as "massive" and compared the forward to the likes of Mark Quigley and Danny North in terms of the impact he could have for the club.

"It’s a massive signing for us. For a player so young he has great experience and at one of the biggest clubs in the world.

“He is well-coached and with respect to the players we’ve had, I don’t think Sligo Rovers have had a finisher like him since a Danny North or Mark Quigley. He’s a fox in the box type player and I think it’ll suit what we have here.

“It took a long time to get the deal done with the parties and in the time spent doing so, I feel we’ve had some great good conversations and there is an understanding there with Adam already that we can build on.

“I want to get the best out of him, he’ll be a great lad for our changing room and the supporters will be excited about a player like Adam being here.

The signing quickly captured the imagination of Sligo Rovers and League of Ireland supporters.

New @sligorovers striker Adam Morgan has 127k Twitter followers (he was a teenage star at Liverpool). The 10 LOI Premier Division clubs have 200k between them. If the football doesn't work out, the FAI can always keep him on for social media promotion.

Good luck to former red Adam Morgan after signing for Sligo Rovers and even though I’m originally from Dundalk I hope he scores a lot of goals this season!

If new @sligorovers signing Adam Morgan can do something like this maybe four or five times this seasonthen the ex @LFC player will be a big success! #nopressure https://t.co/CG6UVIk9ad via @YouTube

Adam Morgan to Sligo. Very exciting signing for the league. Hope it works out for him and Sligo