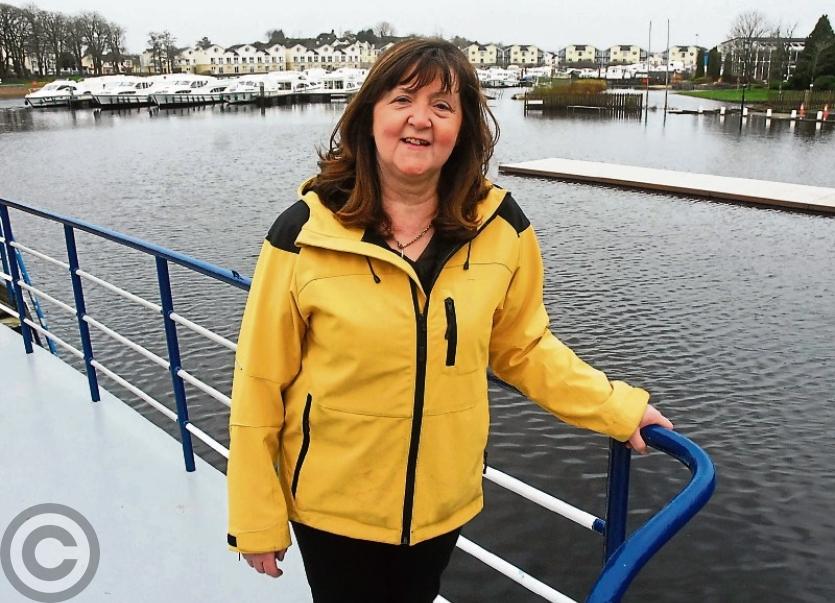 It may be 38 years ago but memories of Moscow in 1980 remain vivid for Leitrim’s Greatest Sporting Moment winner Frances Cryan.

Frances’ memories are a mix of delight and a tiny little bit of regret, which she doesn’t dwell on for too long, as she looks back to the time when, as a 21-year-old sculler, she created history for Irish rowing and Leitrim sport.

Chatting to Frances at her home, the sense of wonder is still evident in the Carrick-on-Shannon oarswoman as she recalls her Olympic experience - “We were treated like royalty, I had never been at anything like it before.

“Before when we went anywhere, it was rowing championships with nothing but rowers but here you met all type of famous people in sport, boxers, basketballers, players who would be nearly six feet eight.

“People like Sebastian Coe, Eamonn Coghlan, John Treacy, guys you’d be reading about in the paper but they were on our team and they’d be really helpful. There was a nice team effort, there was great support, there was doctors there and everything - I was never used to that and they’d be looking to see if they could help you in any way.

“Then the food halls were massive, they were open 24-7 in this huge, big complex and it was just totally different to anything I was at before.”

“I was progressing grand, Aidan put me into regattas where I could win at and build my confidence and he kept bringing me up to the next level, like going up a ladder. We went to the World Championships in 1979 to build experience and I think I came about 11th. Aidan reckoned we were around it at that stage and said we’d definitely try for Moscow.”

Getting to Moscow was a tough task - “To qualify, you had to go to several regattas, I had to go to Germany. You had to see where you were placed against the opposition, you had to win at some, place at others. The Olympic Council would only send you if you could guarantee maybe the top six.

“At that stage, I was hitting ninth, tenth but then it all came together for me in Moscow, I peaked and I went faster than I had gone before in my career.”

As for her race in the semi-finals where she was denied a place in the final was two centimetres, the feeling of what might have been is still strong - “It is was so near and yet so far. Fifteen hundreds of a second, I know, I know. Look, I suppose, it would have been lovely and once you got into the last six anything could have happened, the luck of the draw. I was going well that year, everything fell into place.”

When she looks back on the 1980 Olympics, the welcome she received when she returned back to Leitrim stands out for Frances - “I remember the ballroom in the County Hotel was packed and I was embarrassed because I hadn’t won a medal or anything. And when I saw the crowd there, you know when you’re back when you are young and you’re on your own, I was mortified. I said I didn’t even win a medal, 'why are they all here?'

“But it is only when you finish up in a sport and when you look back and you see different people competing and they mightn’t make it, and I’m not saying I made it, it is only then that you realise that it wasn’t a bad achievement.”

Not a bad achievement at all!

1980 wasn't the end of Frances but the 1984 Olympics were to prove a much more disappointing experience as Frances was controversially overlooked for selection for the Games in Los Angeles.

“I went to the World Championships in 81, 82 & 83 and again I was being placed ninth and then the Dublin crowd were saying I was past it and Nangle can do no more with you and you need to move to Dublin,” recalls Frances.

“1984, I was gutted, really disappointed. I felt Los Angeles, America, the Irish cheer, everything would have really helped me.”

Frances' dedication knew no bounds as she even moved to America for a year to train in the lead up to LA in an effort to gain those extra inches that would make a difference - “I went to America to train in 1983, it was thought if I trained with other girls it might sharpen me and it would be nice to have other girls to train with. I think I kind of got burnt out that year, there was so much training. It was very competitive, every time you went out, you were going so hard but it was worth a try.”

Frances kept rowing for another two years before calling it a day, admitting that the disappointment of 1984 was a factor in the decision - “1985, 86, I went back to the Worlds and again I was hitting eighth or ninth and the Rowing crowd wouldn’t let you go unless you hit the first six, they had no interest if you were in the first 12. And yet I think when we look back at Los Angeles, I think very few made the first six, let alone the first 12.”