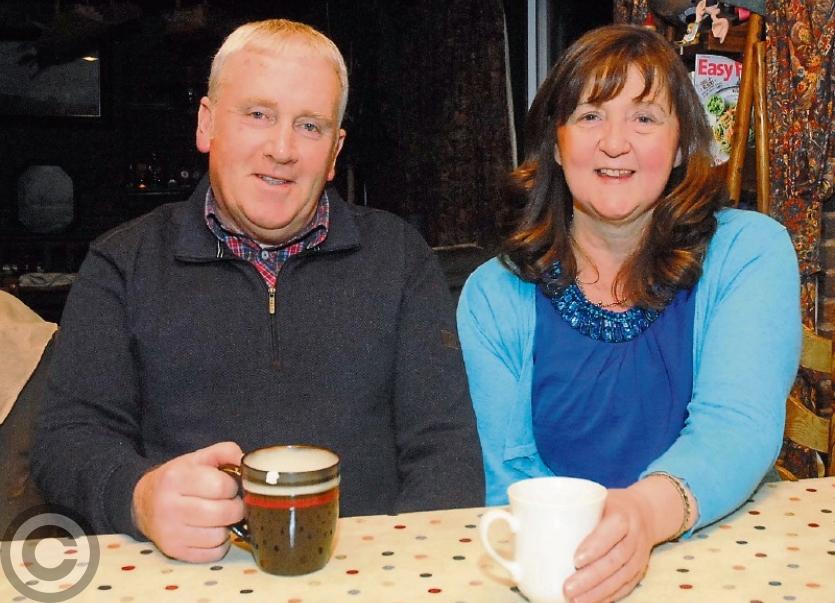 Frances Cryan pictured with her husband Sean Murtagh when the Observer visited them at home to interview the winner of Leitrim's Greatest Sporting Moments. Photo by Willie Donnellan

If there is one thing that Frances Cryan stresses time and time again when looking back over her remarkable career, it is that she couldn’t have done it alone, citing the enormous contribution of coaches, family and the people of Carrick-on-Shannon and Leitrim.

No less important was her family who backed what must have been a huge decision to give up nursing and train full-time for the Olympics - “My mother knew that I wanted to chase my dream and I could only do it for those few years and you could work at something for the rest of your life but you’ll never get that chance again. They were great.

“Even back then, Aidan would have roped lots of people from the GAA in for church gate collections. When you’d be looking for sponsorship, he’d always go to the top man.”

But the work still had to be done and as Frances recalls what would have been a daily schedule, seven days a week, it really was a punishing schedule - “I trained in the morning for a couple of hours, I used to go out from 6 am to 8 am and then maybe again at 11 am to 1 pm, it would vary depending on the weather, then I’d do an afternoon session and then Aidan would be free at night and we’d go from six to about half-eight or 9. That’d be every day.

“Definitely three times a day on the water, depending on the time of the year. Sonny Moran would train me with weights, he’d do that Monday, Wednesday, Friday all over the winter probably into March or April, it was tremendous commitment.”

Frances started rowing in 1973 and was initially part of a four that included current Leitrim County Council Cathaoirleach Cllr Finola Armstrong Maguire - “I started rowing in 1973, 74, Finola Armstrong was in a boat with me, I was in a four. Then they all went to college, I was about 14-15 when I started, I think it is a good age. There was only myself and Finola left, I was racing in the single at the same time I was racing in the double.”

After finding her forte was in the single sculls, Frances soon became the dominant figure in the discipline, winning her first Irish Senior title in 1976 and retiring undefeated in 1986 with a string 11 straight national championships. But there was always a different challenge - “There were different ones who used to come every year and they were going to win and then you’d race and when you’d get the better of them, they’d go into another boat. And then someone else would come the next year, there was always a new person on the block.”