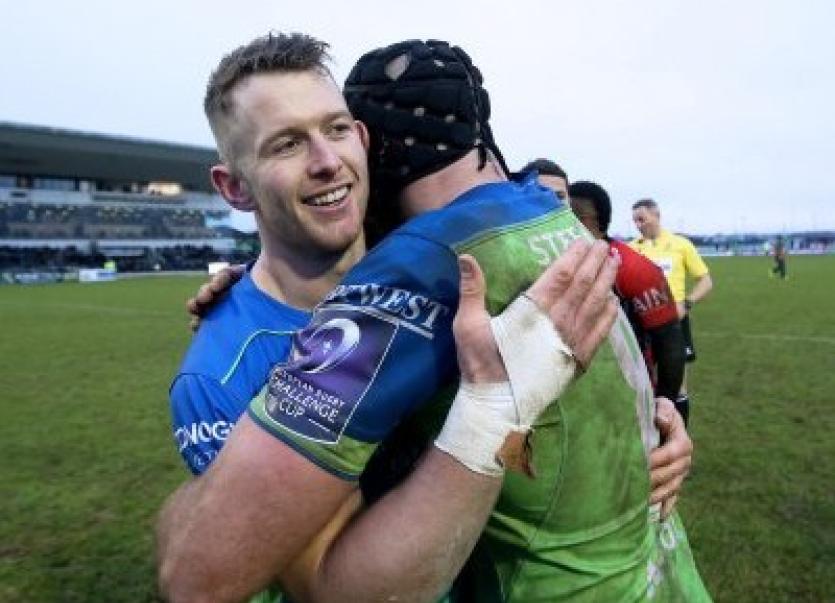 Connacht Rugby have announced that winger Matt Healy has extended his contract with the province up to the end of the 2019/20 season.

Healy recently became Connacht’s top try scorer when he ran in two tries against the Cheetahs in Bloemfontein. That Man of the Match performance brought his overall total to 44 tries in 104 appearances. In 2016, Healy made his Ireland international debut on the tour to South Africa.

Commenting on the latest contract extension, Connacht Head Coach, Kieran Keane said, “We are delighted that Matt has extended his contract. He has an incredible try scoring record and has been in really good form for us this season. He will be another really important player for us over the next few years.”

Following the signing of his contract extension, Matt Healy added, “I am really pleased to be extending my contract with Connacht. We have some big games coming up in the PRO14 and the home Quarter Final in the European Challenge Cup so there is a lot still to play for before the end of the season. We are also really ambitious about the future for Connacht and I hope to make a big contribution as we aim to bring further silverware to the province.”