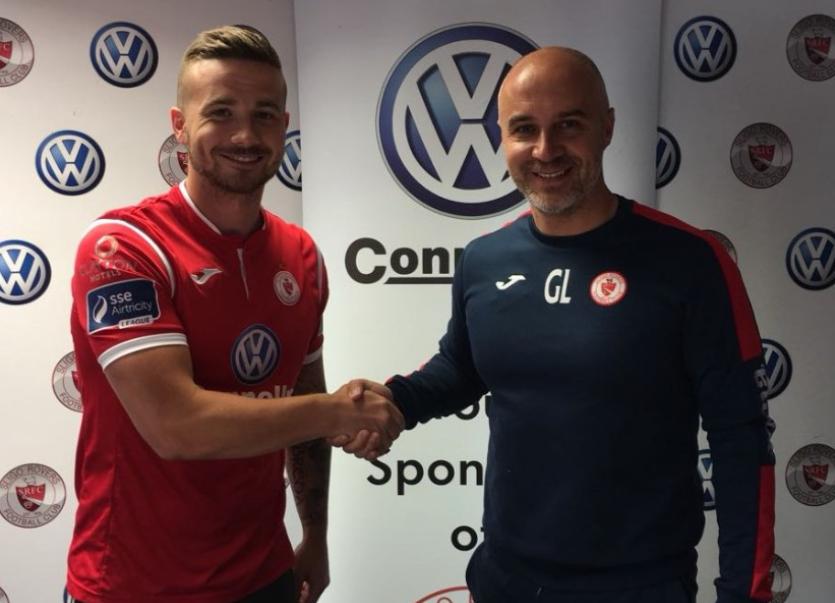 Sligo Rovers have confirmed that former Aston Villa and Shamrock Rovers forward Mikey Drennan has signed for the club after a two year break from professional football.

There were other clubs interested in signing the Kilkenny native with Sligo Rovers manager Gerard Lyttle expressing his delight at having captured the sought after signature.

In recent seasons Drennan has been playing with Evergreen FC and was on the scoresheet in The Showgrounds last year when the Kilkenny side defeated Boyle Celtic on penalties in the semi-final of the FAI Junior Cup.

Absolutely delighted for you Mikey on your return to professional football. Many thanks for your massive contribution to the Club over the last couple of seasons. Our very best to you going forward. #ForEverAndEver #NeverStandStill https://t.co/KJVWlaAuNc

"I’m delighted to welcome Mikey to Sligo Rovers," said Rovers manager Gerard Lyttle. "We had to act very quickly to get it done. I’ve been tracking him for a couple of weeks and there was interest from a couple of other clubs. We invited him up and he was able to play in the friendly last night. We made him the offer and it was signed this morning so I think that speaks volumes for both parties.

“Our club is perfect for him. I have a lot of respect for how Mikey has conducted himself. When he left Shamrock Rovers, he could have easily stayed there and ignored things, but he didn’t. He tackled things head on, he was open, he was brave when being so open, and we’re really thrilled he has chosen us to make his return to the league."

Goalscoring has proven to be a particular challenge for the Bit O'Red and Lyttle will no doubt he hoping his new front man will make an impact in that department.

"We pride ourselves at the club at being a great opportunity for any player and environment for them to flourish. He sees that I think. We want to build a squad here full of quality.

"I think it’s a great move for the club. Even in the game he played, albeit it was a low-key friendly, he showed the movement, the touches, that clear ability he possesses. He plays off a striker or as one and offers a big goal threat too."

Drennan was equally enthusiastic when speaking after putting pen to paper at The Showgrounds.

"It has come up a few times, but I wasn't 100% sure or ready to commit. I didn't want to disappoint anyone by not being able to give my all, or to waste anyone's time. I feel now I'm ready and this is a great fit for me.

"It's four months to take a fantastic chance to get back into league football and full-time football. I've had two years out of the professional game and I'm delighted to be able to return today. There were other clubs speaking to me and it was flattering to have that, but as soon as I came up here I was made feel really welcome by everyone and it was the club I wanted to sign for.

"Ger (Lyttle) was brilliant, I can see why people speak about his man-management. All of the players really welcomed me in too as soon as I walked through the door so you can tell it's a good dressing-room. I feel fit but I'll need a couple of weeks for sharpness and to get that bit of extra fitness that comes with league matches.

Fans and players who have played with and against Drennan were quick to wish him well in his move.

Fair play Gerard lyttle and @sligorovers now that's a signing to get excited about! Brave decision by @mikeydrennan to go back professional but he has bags of talent I'm sure it'll be a success for all involved, look forward to the goals ⚽⚽⚽

@mikeydrennan Welcome to the North West and no doubt it's the right club for you to get back into pro football. Brave move and I'll be delighted when it comes good for you. Well done

All the best up there bud, good to see you back in the league

And Mikey Drennan returns! That’s great news. Had a long chat with him a while back, when he was suggesting senior hurling honours were the long term goal, and blown away by what a lovely guy he is. Hope the goals flow.

Eduardo said: "Thank you for all the moments. It was great to be part of this team and also to be in this lovely country ."