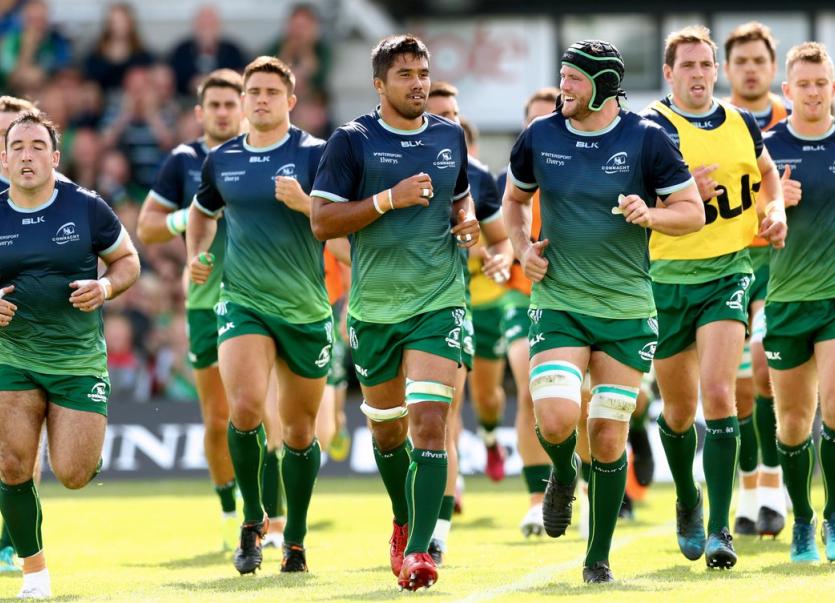 Ireland international scrum half Kieran Marmion is set to make his first start of the Guinness PRO14 campaign as Connacht take on Edinburgh in Murrayfield tonight, kick-off 7.35pm. The game also marks the return of Bundee Aki who is named on the bench for Connacht’s first away trip of the season.

21 year old Academy player Paul Boyle is again named at number 8 after his two tries and Man of the Match performance against Zebre. He is part of an unchanged back row with Captain Jarrad Butler at openside and blindside Sean O’Brien.

Adeolokun’s inclusion on the wing sees him join a back three that includes Matt Healy on the opposite wing and Tiernan O’Halloran at full back. The centre pairing of Eoin Griffin and Kyle Godwin is also retained with Aki set to feature off the bench.

Announcing his team, Connacht Head Coach Andy Friend spoke about the depth in his squad which is leading to some genuine competition for places, “It is pleasing that we have some real depth and quality coming through, it’s how we balance it while rewarding good performances at the same time. We also really need that physicality against this Edinburgh side”, Friend said.

“This week we are welcoming back two more internationals. Kieran Marmion will start, having come off the bench last week. He is a real quality player and it is great to have him in our starting team after getting an extra break following Ireland’s tour to Australia. The other big addition is to have Bundee back. He starts off the bench and is raring to go. We face a big challenge in Murrayfield and no doubt Edinburgh will be hurting after the loss last weekend – it’s another massive challenge for us”, he added.