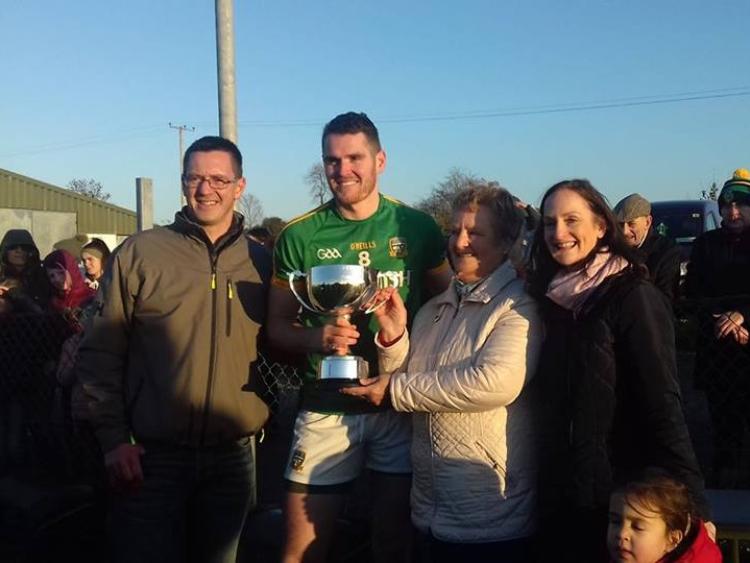 Leitrim travelled to Oldcastle in Meath to take on the home side in the Michael Reynolds Cup, held in honour of Aughavas native Michael, and went home on the wrong side of a ten point loss in Hyland’s first game in charge of the Green & Gold.
Not that Hyland will take much notice of the result, it was more a chance for a Leitrim team to get out the field and give supporters a chance to see who is battling it out for a place on the Cavan man’s National League squad.

Leitrim will again look at an old failing of missed chances as Emlyn Mulligan saw a first half penalty saved while the Meath keeper Andy Colgan also made a point blank save to deny Hyland’s side a goal that would have kept them in touch.

With both sides playing experimental sides, even with the experienced nature of the Leitrim squad, the fact that Leitrim went almost 20 minutes in the second half without a score is something the new boss will be anxious to rectify.

Those who saw action will arouse some interest for the Leitrim GAA fan with St. Mary’s Ray Mulvey making a return to the County colours as did Aughnasheelin’s Conor Cullen. Also back in Leitrim yellow was Ballinamore’s Shane Moran, Alan McLoughlin and Conor Farrell - all of who were starters at one stage for Leitrim under Shane Ward.

Some intriguing new names getting a run-out include Kenneth Cox of Annaduff, Gortletteragh duo David Mulvey & Padraig Gallagher, Oisin McCaffrey and Darren Maxwell of Ballinamore Sean O’Heslin’s while Glencar/Manorhamilton’s Evan Sweeney is an another intriguing addition to the squad.

Leitrim started with the slight breeze in the first half but it was the home side who settled best with points from Darragh Campion, Ben Brennan and Bryan Menton. Emlyn Mulligan opened Leitrim’s account on seven minutes, adding a second six minutes later.
However, it was missed goal chances that cost Leitrim dearly with Mulligan seeing a tenth minute spot kick saved by Colgan while the Meath netminder made a point blank save to deny another Leitrim goal.

The home side increased their lead with points from Brennan (3) and Campion but Mulligan added a point from play to cut the gap to four points and approaching halftime, Gortletteragh’s Padraig Gallagher slotted the ball to the Meath net.

With Ray Mulvey also on target, Leitrim were level at halftime on a scoreline of 1-6 to 0-9.

Unfortunately the second half was all Meath and with both managers extensively using their bench, the game became disjointed as a contest, Meath adding scores from Niall Kane, James Conlon, Sean Tobin, James McEntee, Donal Keogan, and Thomas O’Reilly.

That left Leitrim seven in arrears and their first score didn’t arrive until the 19th minute from a Mulligan free. Keith Beirne would add two points and Paddy Maguire would be on target too but Meath had the last word with a goal from Barry Dardis.
Leitrim's first game of 2019 is a FBD League game against Mayo on Sunday January 6, at home.