"If I inspired one person, even just one, then I did a good job" 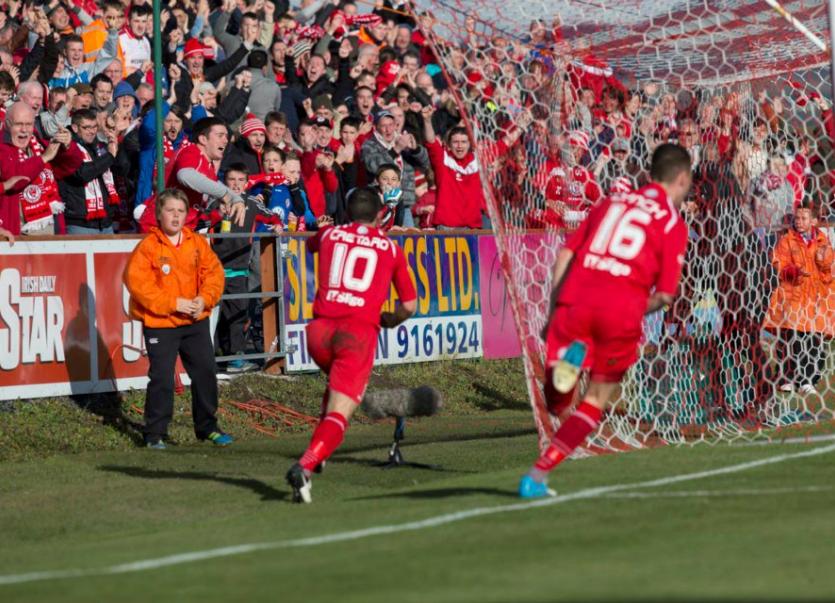 Sligo Rovers have this afternoon confirmed that the club's record league appearance holder Raffaele Cretaro has played his final game for the club.

In a statement on the official club website Cretaro paid tribute to his former team mates, managers and the club's supporters who helped guide him through his 17 seasons with the club. He is set to sign for another club on a part time basis for the 2019 season.

In a career that featured many highlights and trophies as well as 531 appearances and 86 goals Cretaro reflected on some of those highlights, looking back especially fondly on the league success in 2012.

"The game against St Patrick’s Athletic to win the league title and scoring two goals. Everything was perfect that day. The drama and the euphoria. It was a fairytale.

“The FAI Cups, the great teams, the unbelievably talented team-mates, inspirational managers, the dedicated people around the club and the passionate supporters who live and breathe Rovers and make it what it is.

“The feeling of knowing you were creating history for Sligo Rovers but more so what it would mean to all those people. I always just wanted to savour it and then do it all over again."

Tributes have poured in for the Tubbercurry native with Sligo Rovers Chairman Martin Heraghty hailing Raffaele Cretaro as one of the most important figures in the history of the club.

Heraghty added, "We yearned for trophies and they arrived with him at the forefront. He turned into the most feared striker in the league for a period and it was all the more remarkable given we had to use him in every position in the team!

"Those goals stick out, the winning penalty at the Aviva Stadium and that incredible piece of magic in 2012 against Pat’s. The Showgrounds had never seen a moment like it.

"But what I will always be grateful to Raff Cretaro for is being the person we could turn to for hope. In tougher times, you knew he would be going out there and showcasing that insurmountable fight that is within him and our football club. He defined all of that.

“Raff played in every single outfield position for Sligo Rovers. He knew where his heart lay. How the story unfolded in 2011 and 2012 in particular was fate, and he made it so.

“On behalf of the club I’m so grateful for his sacrifices, and to his family as well as they kicked every ball with him."

Rovers manager Liam Buckley also paid tribute to Cretaro saying, "For so long I watched on as Raff brought his Sligo Rovers career to new heights. I watched on as he scored those goals against me in The Showgrounds as St Pat’s manager and you could only admire a player so loyal and that cared so much for his club.

"It isn’t just about what he brings as a player. He is revered in Sligo and rightfully so. I know the club consider themselves so fortunate to have had his services for 17 seasons. He is a remarkable person because it is strength of character which has led to such a long and successful career here.

"In the modern game that achievement for an outfield player is simply unheard of now. He has defied logic in contributing so much to Sligo Rovers over that long period of time.

"In decades to come the name Raffaele Cretaro will brings smiles to the faces of the people of Sligo and you can’t achieve much more than that in football when you combine it with the honours he has won and the spirit in which he played the game.

"We wish him a wonderful future and I know he will forever be behind this club."

Sligo Rovers and Raffaele Cretaro confirm that the club legend has worn the Bit O’ Red for the final time. @raffcretaro: https://t.co/49rx8meCVR

Today we salute the iconic figure who made an indelible mark on our club. #ThankYouRaff pic.twitter.com/hgvw2PYlod

Provided me with one of my best football memories and was a local lad living out all our dreams.Thanks Raff #ALivingLegend #BitORed